New Amelia Earhart Evidence Says She Was Executed … and More

The mysterious disappearance of aviator Amelia Earhart and her navigator Fred Noonan in 1937 has baffled searchers for 80 years and 2017 was no exception. Earlier this year, a History Channel special on a photograph that showed two people who resembled Earhart and Noonan alive on a dock on a Pacific island was discredited when the photo was found in a Japanese picture book dated two years before their flight. Then just this month, a story circulated that their plane crashed and their remains were never found because they were eaten by giant coconut crabs.

Now, an old theory on their disappearance has been given a new twist. In that same History Channel special, it was mentioned that some experts suspect the pair survived a crash landing only to be captured by Japanese forces, imprisoned on the island of Saipan and eventually executed. That theory was recently reinforced by Guam resident William “Bill” Sablan, who claims his uncle, Tun Akin Tuho, once told him about working at the prison where the pair was held.

According to Pacific News Daily, in 1971 Sablan’s uncle described to him an American woman and man who were brought to the island prison. He was told their crashed plane was disposed of in the ocean. After a few days, he learned that they were killed. Sablan theorizes that the pre-war Japanese government wanted to keep the discovery and the executions quiet, so the bodies and the story were buried in Saipan.

Then what? That’s when this tale takes a sinister twist. Sablan claims he investigated the cover-up further and discovered something new:

“... after the war was over, their bodies were exhumed by an American military branch and shipped back to the United States. Now where those bodies are now is somebody's own question to answer.”

While some researchers suspected that Earhart and Noonan were captured and executed, the fact that the U.S. knew about it and exhumed the remains is apparently a new and horrifying theory. Sablan implies that the U.S. kept all of this quiet to avoid its own controversy with Japan after the war. 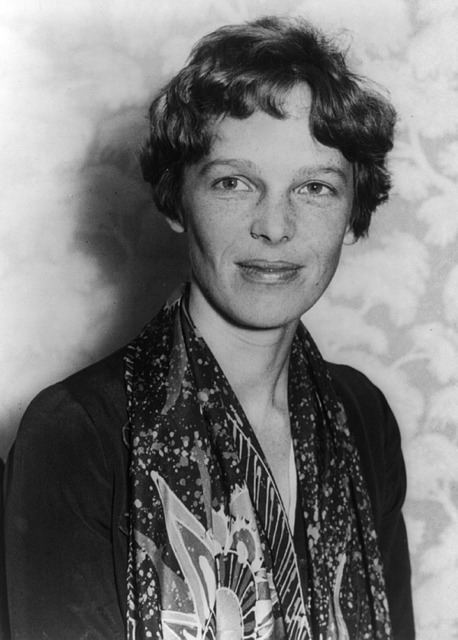 Is Bill Sablan telling the truth? Was his uncle, Tun Akin Tuho, really a witness to the imprisonment and possible executions of Amelia Earhart and Fred Noonan? Would the U.S. government really cover up the incident and the recovery of their remains? Did they at least tell their relatives?

If all of this is true, is there any reason for either government not to admit it today?

Dog-Men Vs. Kangaroos: A Connection?