Leaving out humans in order to avoid arguments, biologists recognize only six official species of great apes: the Bornean and Sumatran orangutans, the eastern and western gorillas, the common chimpanzee and the bonobo. That number went up by one this week with the announcement of the discovery of a new distinct species of orangutan in Sumatra. While there’s not many, the fact that they’ve existed this long without discovery raises the question: could the cryptid called the Orang Pendek be hiding on this densely forested island as well?

Current Biology published a report this week on the finding. Stories of a mysterious tree-climbing ape have been told for years by the locals in the Tapanuli region of North Sumatra, far away and isolated from areas where the known species of Sumatran orangutans live. They were said to nest in trees and subsist on durian and rambutan fruits. Those stories attracted researchers who saw evidence but no actual apes.

The breakthrough came in 2013 when an adult orangutan was killed by locals. The researchers were able to obtain the remains and found them to be physically different from the Sumatran and Bornean orangutans. Specifically, it had a smaller skull, frizzier body hair, a flatter face and wider canine teeth. The vocal calls were also noticeably different. That prompted DNA testing, which proved that the Tapanuli orangutan (Pongo tapanuliensis) was a genetically distinct species from the other Sumatran orangutans (Pongo abelii) and the Bornean species (Pongo pygmaeus). (photos of Tapanuli orangutan available here) 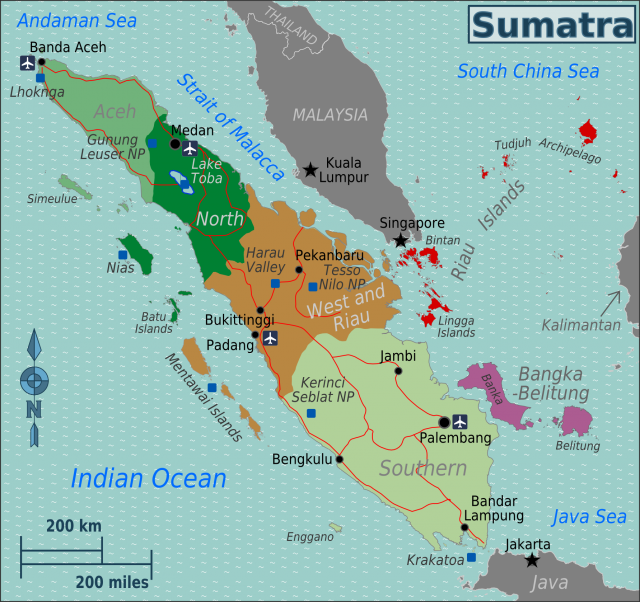 The researchers speculate that the Tapanuli orangutan split off from the others over three million years ago. Unfortunately, the population is less than 800, making them the rarest of great apes. Despite those low numbers, they still exist and have remained rumored but hidden for centuries. Could the same be true for the Orang Pendek? Could they be related?

The Orang Pendek is Sumatra’s Bigfoot – a bipedal ape-like creature that exists in native mythology and has been reportedly seen by visitors/invaders dating back to Marco Polo. Some cryptozoologists speculate it could be yet another orangutan species that split off 75,000 years ago after the violent eruption of the Lake Toba volcano. Witnesses describe them as more bi-pedal and less tree-oriented than orangutans with a broader diet that includes stolen farm vegetables in addition to fruits. The most recent reported sightings have centered in the Kerinci Seblat National Park in the Kerinci Regency of central Sumatra.

Based on the discovery of the Tapanuli orangutan, chances of another species hiding in the dense Sumatran forests suddenly become more favorable. Should the hunt for the Orang Pendek escalate while they might still exist? There are less than 800 Tapanuli orangutans in a 1,000 square kilometer are and a large portion of it will be flooded in 2022 by a hydropower plant. Saving this endangered species should probably be pursued first, since the park is protected.

Time is running out. Will Sumatra be the place where the first Bigfoot-like creature is finally captured? The pursuit of money has almost always taken precedent over the saving of rare creatures – normal or cryptid. Therein lies the answer.

Bigfoot and a Bizarre Vanishing