Folks in the UK who have already seen the results of a recent poll taken by the Really TV channel are ineligible, but the rest of the world has a chance to play. What is the greatest British supernatural or unexplained mystery? What’s really in haggis? Why does the queen wear those huge hats? Brexit? Place your bets now.

And the winner of the Really TV poll to find the greatest British supernatural or unexplained mystery is … the Loch Ness Monster! Surprised? Probably not. No other UK mystery has the public relations machine that Nessie has. Every stump, every bubble, every photo of a boat wake that conveniently cuts off the boat is immediately Interneted, along with the blurred, fuzzy and questionable pics and videos that convince 42% of those surveyed to vote for it because they aren’t convinced it’s a log.

The remaining list of the top ten vote-getters has some other old reliable mysteries and some that may not be so familiar outside of the UK. Stonehenge comes in at a sold #2 but may be dropping as more uncovered artifacts move us closer to determining its purpose. At #3, #4 and #5 are some more recent so-called mysteries. The Beast of Bodmin Moor in Cornwall is believed by many to be one or more escaped large cats, but probably got a lot of sympathy votes from feline lovers and cat ladies. The Enfield Haunting or the Enfield Poltergeist – the tale of a ghost in a council house scaring a number of children in the late 70s -- benefits from documentaries, mockumentaries, TV series and movies based on it. The suicidal dogs jumping off of Overtoun Bridge for the past 70 years are sometimes blamed on minks nesting below it and attracted the canines with their scent, but that hasn’t been proven.

At #6, what some say is Agatha Christie’s greatest mystery was her disappearance for 11 days in 1926, which has been blamed on amnesia due to overwork or stress from her husband’s infidelity but never proven. UFO fans will wonder why the Rendlesham Forest UFO, Britain’s Roswell incident, did not poll higher … it’s probably another cover-up.

Numbers 8, 9 and 10 fall into the old and obscure categories and will cause many to wonder why their favorites didn’t make the list. The Devil's Footprints was a single set of strange hoofed tracks found in southern Devon in 1855 whose explanation has been bedeviled by strange theories such as an experimental balloon (putting the “really?” in Really TV), hopping mice and mass hysteria. The Highgate Vampire is a recent (early 1070s) tale of a vampire or ghost at the Highgate Cemetery in north London that has benefited from renewed interest in vampires, especially on reality networks like Really TV. Finally, there’s a royal contribution in the form of the Hampton Court Ghosts – which may or may not be Henry VIII and ex-wives Jane Seymour and Catherine Howard. 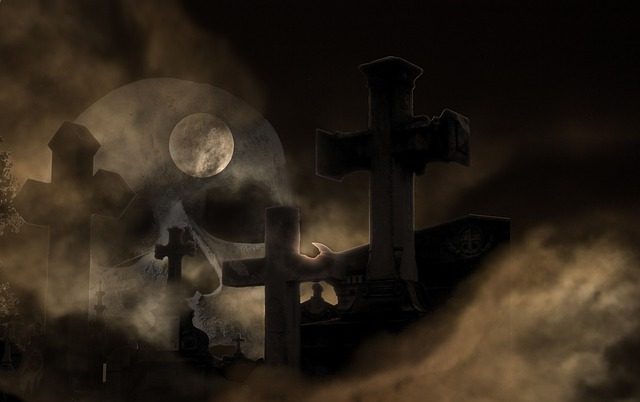 Did you pick any of the winners? With the number of haunted castles, pubs and houses in the UK, it’s surprising that only two ghost stories made the list. Apparently the British like their beasts better than ghosts.

Which brings up an idea for another poll of a worldwide kind. Taking the greatest supernatural or unexplained mystery in each country on Earth, which would get the most votes? Bigfoot? Chupacabra? Roswell? Should the contest be divided into categories – cryptids, ghosts, UFOs, unexplained phenomenon? What do you think?