We’re still here, which means the prediction that Planet X would collide with Earth on September 23rd and send us on the path to the apocalypse didn’t occur. Since Planet X didn’t show up, that means another prediction by the same seer that Kim Jong-un was planning to save the Earth by nuking Planet X before the collision didn’t come true either. Should psychics get three strikes before they’re out? This one wants one more chance and his latest prognostication has some people wondering if it really could happen. ‘It’ is the prediction that Kim Jong-un has a nuclear warhead aimed at Yellowstone with the intent to both nuke the U.S. and trigger a supervolcano eruption that will kill off anyone surviving the blast and set off a combination nuclear and volcanic winter to devastate the rest of humanity. Can it happen? Has Kim thought this ALL the way through?

The psychic is David Meade, a Planet X expert who embarrassingly backtracked after his Planet X predictions didn’t happen. In one of his new website missives, he leaves out Nibiru and instead connects his North Korean nuke dots to the Yellowstone caldera, which has been showing some earthquake activity lately that elicited mostly “no worries” responses from seismic experts. However, they all agree that if and when Yellowstone finally erupts, the explosion and lava flow will destroy a sizeable chunk of the immediate area and send ash into the atmosphere that will indeed cause a volcanic winter.

Can a nuclear missile directly hitting Yellowstone, or any volcano for that matter, trigger its eruption? Experts say a direct hit to a stratovolcano mountain like Mount St. Helens would destroy the cone but might not penetrate deep enough to crack open the magma chamber and release the lava. That chamber is up to 10 km (6.2 miles) deep. What about Yellowstone? Its upper magma chamber is about that deep, but its larger chamber is between 15 and 30 miles down and its hot plume is 40 to 50 miles down. While a direct hit to Yellowstone could trigger a release of the upper chamber, the chance is remote and even less for triggering the larger lower chamber. For comparison, North Korea has been testing its nukes near Mount Paektu, an active volcano on the China-North Korea border. After at least five nearby blasts, it hasn’t erupted.

Why is David Meade predicting a Kim Jong-un nuclear attack on Yellowstone? In September, he said this:

“A major eruption at Yellowstone would immediately end America’s status as a superpower in one single hour. Let’s look at the facts about the North Korean testing program. First, it’s apparent they have developed a hydrogen bomb. They are currently testing to determine exactly what yield of nuclear weapon will be necessary to disrupt the rock cap over the Yellowstone Caldera. In concert with foreign volcanic experts, they have been studying Mount Paektu for years.”

Then, last week, this happened:

“Because I knew too much and was on the threshold of revealing their battle order against the U.S., my webmaster account was decrypted at a very high level and I was sent threatening information. That’s all I can say for now. But I know the attack was from the East and not the West. Therefore, an Eastern dictatorship–likely North Korea itself.” 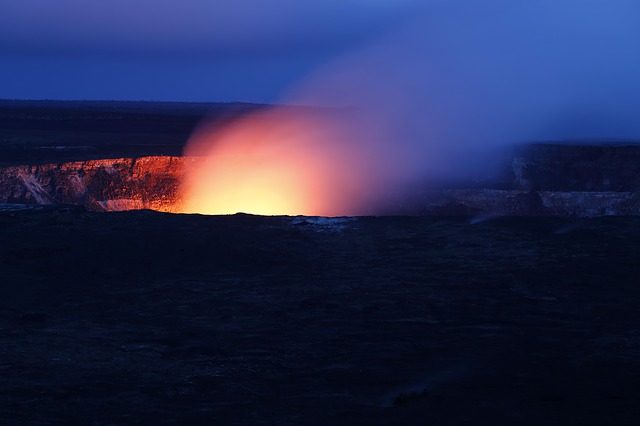 So, his website got knocked down – a common occurrence theses days – and he received threats – also common. Is that enough to connect the dots? Also, he claims that North Korea would nuke Yellowstone not with an ICBM launched from its current test facility but from a used Russian sub parked off the coast of California. If Kim has that capability, why is he launching missiles into the ocean?

It’s an interesting and plausible, albeit remote, possibility … well, not interesting for those living in the immediate area of Yellowstone. Let’s hope we never have to eat crow and admit that David Meade’s third prediction was correct. Then again, who would be left to cook the crow?

OK Be Paranoid: Crazy, Crackpot Conspiracies That Were Real