We haven’t reached Black Friday yet but fans of Doc Brown, Mr. Peabody and Doctor Who may have have already received the present they’ve wanted since they were kids.

“But thanks to some very interesting properties of space and time in Einstein's General Relativity, traveling back in time may be possible after all.”

In a recent post on his Forbes blog, Starts with a Bang, theoretical astrophysicist and science writer Ethan Siegel lays out the parts and the plans for traveling backwards in time. Siegel claims this ‘time machine’ abides by Einstein’s general theory of relativity and will not destroy the universe as we know it. Yes! Tell us how to build one, Professor Siegel, so we can all go back change the answer on the test that kept us from getting into Harvard. Or one questionable election vote.

“The place to start is with the physical idea of a wormhole.” 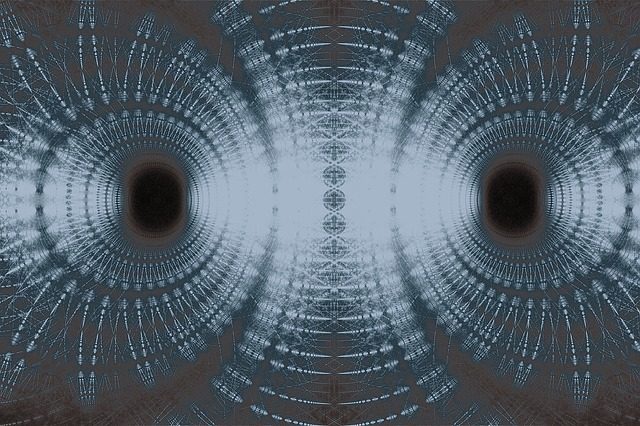 Sigh. You skipped right over that part about Dr. Siegel being a “theoretical” physicist, didn’t you? Wormholes can exist theoretically – we just haven’t found one yet. Siegel starts with the accepted idea that positive/negative energy fluctuations can create a curve space wormhole that a particle could travel through from one point in spacetime to another. Who cares about particles, Dr. Siegel? We want to transport ourselves and possibly a cool-looking but poor-performing sports car back in time.

“If we want to scale that up, however, to allow something like a human being through, that's going to take some work. While every known particle in our Universe has positive energy and either positive or zero mass, it's eminently possible to have negative mass/energy particles in the framework of General Relativity. Sure, we haven't discovered any yet, but according to all the rules of theoretical physics, there's nothing forbidding it.”

With that assumption in mind, Siegel proposes a sort of reverse wormhole. Instead of the conventional “travel 40 light years out at nearly the speed of light, come back and you’ve aged 2 years while everyone else is 82 years older,” he proposes a wormhole with one fixed end and one that moves around at nearly the speed of light. The wormhole is created, you wait a year and then enter the end that has been in motion. When you come out at the fixed end, it’s 40 years prior. That means if you entered this wormhole today, you could travel back to 1978 …

… provided someone in 1977 had created this wormhole. So Dr. Siegel’s time machine wormhole is dependent on a previous Dr. Siegel-type with his theoretical physics knowledge and more. What if that person was your grandfather? Could you go back in time to meet him and prevent your own birth?

“Satisfyingly, we discover that this form of time travel also forbids the grandfather paradox! Even if the wormhole were created before your parents were conceived, there's no way for you to exist at the other end of the wormhole early enough to go back and find your grandfather prior to that critical moment. The best you can do is to put your newborn father and mother on a ship to catch the other end of the wormhole, have them live, age, conceive you, and then send yourself back through the wormhole. You'll be able to meet your grandfather when he's still very young — perhaps even younger than you are now — but it will still, by necessity, occur at a moment in time after your parents were born.”