Science and Religion Agree on Age of Purported Tomb of Jesus

While it used to be politics and religion, more and more people now agree that two things you shouldn’t bring up at family gatherings are science and religion. That’s because science and religion don’t seem to agree on too many things. Good news for those wondering what they’ll be talking about at Christmas parties … there’s a new discovery that both science and religion fans can agree on. Researchers studying the limestone cave that is the purported tomb of Jesus at the Church of the Holy Sepulchre in Jerusalem have determined that it dates back much further than once thought and supports the story of its original enshrinement by the Romans. Discuss amongst yourselves.

The research results were released this week by National Geographic. The tomb, said by believers to be where the Romans laid the body after crucifixion, was covered with a marble shield since at least 1555 CE and was only opened in October of 2016. One of the things found was a mysterious older slab. Parts of it and the mortar used to hold it in place were analyzed and dated, and the results were surprising. 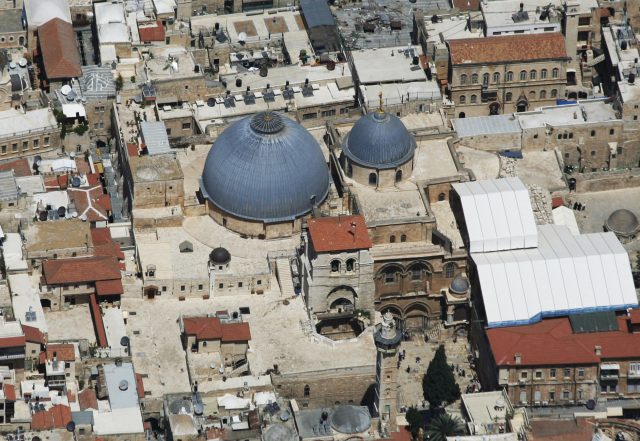 Some of the mortar samples taken from the south wall of the cave date to around 335 CE. That coincides with the stories that Constantine, the first Christian emperor of Rome, ordered a search for the tomb. It was allegedly underneath a 200-year-old Roman temple which was destroyed, revealing a limestone cave that could be the tomb. This new evidence indicates that the slab was used to seal the tomb and the first Edicule or shrine was built over it. That shrine was damaged by fire and earthquakes and eventually destroyed in 1009 by the Fatimid caliph Al-Hakim bi-Amr Allah. Other mortar samples found date to the reconstruction shortly after this.

Now it’s time for the arguments. Does this new mortar evidence cement the idea that this is the actual tomb of Jesus? Not really. It does show that the location was considered to be the tomb in the fourth century and the belief was strong enough to cover it with a temple, not to mention start many battles. 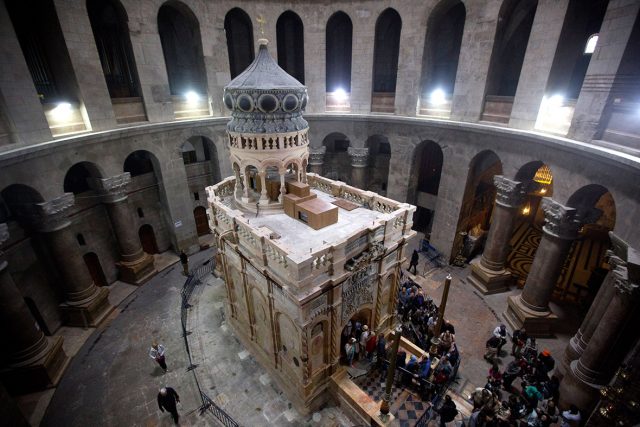 While the cave will continue to be studied, the real issue today is the condition of the Edicule. It was reconstructed in 1808-1810 after being destroyed by fire and it’s in poor condition due to both age and the amount of activity around it. It sounds like the solution is hidden inside this new discovery … mortar.