Who wrote the Dead Sea Scrolls? That question may be one step … or one skeleton … closer to being answered after archeologists announced last week that skeletons found in the cemetery of Qumran – the city where the caves containing the scrolls are located – date to the time they would have been written. Moreover, a unique characteristic of the cemetery not seen before may identity the writers.

The Times of Israel reports that Israel Antiquities Authority anthropologist Yossi Nagar and archaeologists Hanania Hizmi and Yevgeny Aharonovich revealed their findings at the annual American Schools of Oriental Research meeting held in Boston. Hizmi and Aharonovich found 33 skeletons in Qumran in 2016. Nagar analyzed them and determined that 30 were males between the ages of 20 and 50 while the sex of the other three could not be determined. Radiocarbon dating of one skeleton put them living in between 150 BCE and 70 CE – the time most scholars agree that the scrolls were written. 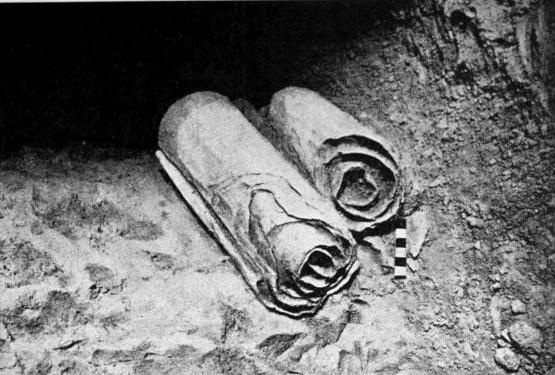 The fact that they were almost all male fits in with one theory that the scrolls were stored and possibly written by the Essenes, a Second Temple Judaism sect mentioned in the writings of Pliny the Elder, Josephus and other early historians. Those scholars indicated that the Essenes were celibate men. Were the scrolls written by this communal group that practiced celibacy, asceticism (abstinence from all sex), poverty and daily immersion -- a bath that provided ritual purity? (It certainly sounds like they had plenty of time on their hands).

Not so fast, say other scholars who point to a previous finding of Qumran graves that were determined to contain a number of female remains. To avoid starting a 2,200-year-old scandal, Science News reports that Nagar examined these 53 Qumran skeletons now being store in France and determined that six of the seven identified as women were actually men. There were also a few children. Nagar believes this is sufficient proof.

“I don’t know if these were the people who produced the Qumran region’s Dead Sea Scrolls, but the high concentration of adult males of various ages buried at Qumran is similar to what has been found at cemeteries connected to Byzantine monasteries.” 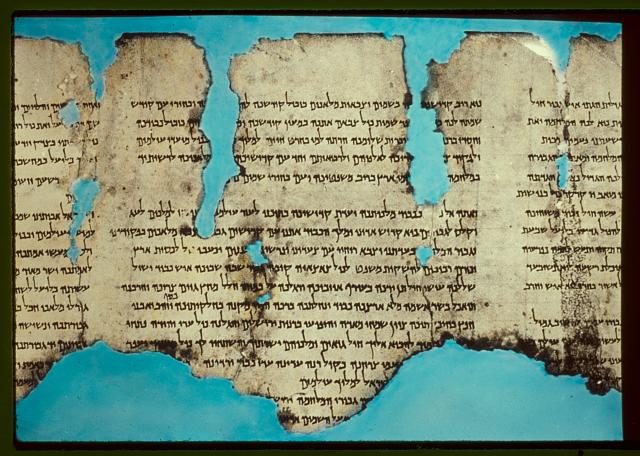 What would it mean if the Dead Sea Scrolls and the biblical texts they spawned are eventually proven to have been written by the Essenes? Josephus describes their lifestyle:

“There is among them a disdain for marriage, adopting the children of outsiders while they are still malleable enough for the lessons they regard them as family and instill in them their principles of character. [They] protect themselves from the wanton ways of women, having been persuaded that none of them preserves her faithfulness to one man.”

Perhaps, for the sake of today’s and future women, the archeologists should keep digging.

UFO, Helicopter, Or Something Else?