Where is Superman when we need him most? New research into seismic data collected since 1900 has confirmed that minute slowdowns in the rotation of the Earth can result in a noticeable increase in earthquakes … and we are at the end of one of these slowing periods. While fracking and tectonic plate shifts often get blamed for local quakes, this phenomenon affects the entire planet and 2018 looks like it’s going to be a pretty shaky year no matter who your country’s leader is.

On five occasions in the past century a 25-30% increase in annual numbers of Mw≥7 earthquakes has coincided with a slowing in the mean rotation velocity of the Earth, with a corresponding decrease at times when the length-of-day (LoD) is short. The correlation between Earth's angular deceleration (d[LoD]/dt) and global seismic productivity is yet more striking, and can be shown to precede seismicity by 5-6 years, permitting societies at risk from earthquakes an unexpected glimpse of future seismic hazard. 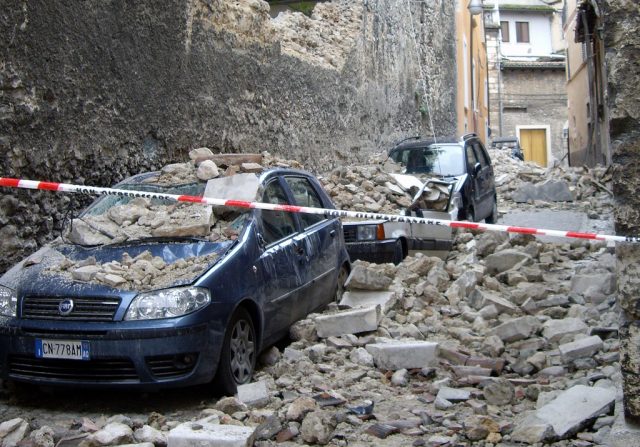 Rebecca Bendick of the University of Montana and Roger Bilham of the University of Colorado presented their earth-shaking findings at the 2017 Geological Society of America held recently. They plotted the rotational slowdown periods with earthquake periods and found that the end of deceleration resulted in the start of 5-6 year periods of increased earthquake activity. The bad news is that, in case you haven’t figured it out yet, we are at the finale of one of those decelerations. According to their calculations, the probability of magnitude 7 or greater earthquakes is about 25 to 30 percent higher during the next five years, with the average of 15-20 large quakes per year rising to 25-30 in 2018, especially around the equator.

Are you trembling yet? While earthquakes are surface events, this rotational slowdown seems to be a core thing. The researchers think that the Earth’s crust periodically sticks to the underlying liquid mantle, causing a slight change to its movement which reverberates down to the next layer, the liquid iron and nickel outer core, and even to the solid metal inner core. That tiny shift causes the diameter of the Earth to shrink slightly, especially around the – you guessed it – equator, where one billion of the Earth’s residents live.

Unfortunately, that’s the best they can do prediction-wise and, outside of summoning Superman to perform a counter-rotational flight like he did in the 1978 Superman movie to reverse time and bring Lois Lane back from the dead, there’s nothing that can be done to prevent the slowdown … not even a worldwide diet. People living near fault lines in tropical areas should be prepared for heightened earthquake activity. That’s probably not enough to convince governments to push builders to construct earthquake-resistant structures or to shore up the volatile buildings that continue to collapse during quakes.

Maybe Superman could help with that. Batman? Wonder Woman?

“Is There Beer on Mars?” May Soon Have a New Answer