T. Rex May Have Been a Tiny-Armed Prehistoric Slasher

The Tyrannosaurus Rex has starred or co-starred in a lot of movies, usually as a killer befitting of its reputation as the king of the tyrant lizards, but its modus operandi has been limited to chomping with its massive mouth and teeth, stomping with its huge feet or whipping with its humongous tail. Now, a paleontologist specializing in T. rex says he has evidence which would push the killer dino into a whole new genre of movies … slasher flicks. Should we get ready for T. Rex Meets Freddie Krueger?

At the recent 2017 Geological Society of America (GSA) Annual Meeting in Seattle, Washington, paleontologist Steven Stanley from the University of Hawaii in Maui, revealed his new theory that those tiny T. rex forearms which no one seems to agree on what they were used for (holding prey and sex were possibilities) were actually part of the therapod’s arsenal. He believes that the combination of strong bones, a ball-and-socket joint and razor-sharp claws made them great tools for slashing its prey. 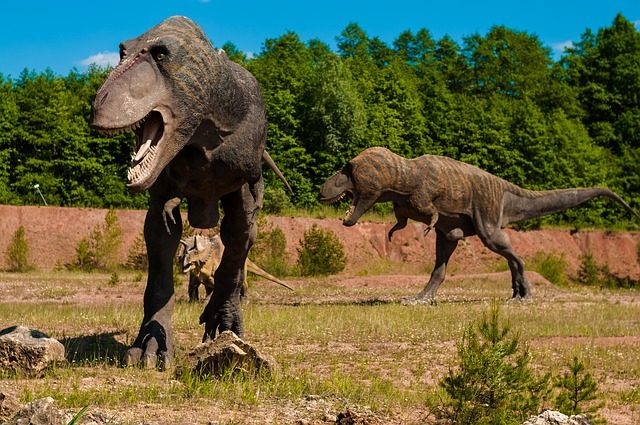 “Its short, strong forelimbs and large claws would have permitted T. rex, whether mounted on a victim’s back or grasping it with its jaws, to inflict four gashes a meter or more long and several centimeters deep within a few seconds -- and it could have repeated this multiple times in rapid succession.”

Steven Stanley knows what you’re thinking … how could those little lizard limbs do that kind of damage?

“Tyrannosaur ancestors used long arms primarily for grasping. These atrophied during the evolution that led to the tyrannosaurids because the jaws took over their grasping function. No longer being selected for, the arms were selected against: the expansion of the head deprived them of nutrition in a zero-sum game. Then, as the arms approached their final size, natural selection kicked in opportunistically and put them to good use for slashing at close quarters.” 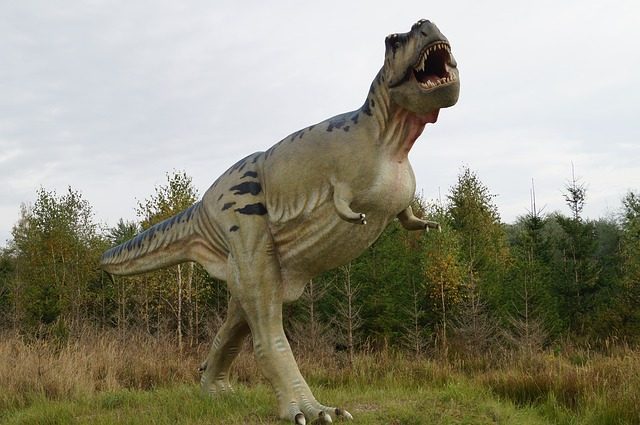 Really? While it certainly sounds evolutionarily plausible that the early T. rex or its ancestors had large and longer forelimbs that atrophied as the killer jaws became more prominent, there’s currently little fossil evidence to support it. Even though the forearms could reach 3 feet in length and the claws were 3 inches long and sharper than most dinosaur skins, they were still tiny in relation to the rest of the body of the king of the tyrant lizards. With that huge head, tree trunk legs and raptor-filled gut, was it really able to get close enough to another dinosaur to slice-and-dice it while resisting the urge to gobble it down whole and let its digestive system do the heavy work?

However, the real question is this: Will anyone go to a movie where the T. rex slashes away at its prey like a big-headed Japanese steakhouse chef?

From Mysterious “Alligators” To A “Wild Man”