We live in an ever developing, technological world full of amazing new discoveries, slick gadgetry, and constant incredible breakthroughs in science. It sometimes seems that in this rapidly advancing society of technological wizardry that there is no place anymore for such arcane things as charms, totems, or cursed items or haunted objects, and that these are surely the relics of a fading, dying past mired in the murky word of the supernatural and occult. Yet these things still lurk out in the periphery, and in at least one case the worlds of high technology and the supernatural have managed to collide in the oddest of ways.

One of the more fascinating inventions of recent times is the process of 3D printing, in which a 3-dimensional object is recreated layer by layer based on computer controlled data and scans of a model. Such objects can be fashioned of almost any material and can be a wide range of sizes or shapes, making the potential applications of the process virtually limitless. Indeed, 3D printing has been used in the automotive industry, the medical field, the military, the clothing industry, you name it. Tools, toys, parts, firearms, automotive and electrical components, scientific instruments, medical implants, prosthetic limbs, even food, it seems almost anything can be conjured up seemingly from thin air by 3D printing in this day and age. Bizarrely, and perhaps inevitably, 3D printing has even been used to reproduce actual haunted, cursed objects. Wait, what?

The whole weird experiment started with the alleged discovery of a strange hand-carved statue supposedly found by some hikers stashed away and abandoned, quite possibly hidden, in a dim cave somewhere in the Catskill Mountains of New York. The doll is creepy to say the least, with a length of filthy cord wrapped around its neck and rusty nails driven into its eyes, and it seems like the sort of thing most people would cringe at and leave lying where it was, but in this case the hikers took it home with them. It is a decision they would apparently later regret.

Almost immediately strange phenomena purportedly began to occur around the house, starting with inexplicable bumps, knocks, thuds, thumps, and other anomalous noises in the night when no one else was around, mixed with the persistent, intangible sense of being watched, but it quickly graduated to more frightening fare. Shadowy apparitions began to be seen lurking about, odd smells such as that of stagnant water or decay would appear and disappear, and it was reported that the strange doll would move on its own, changing locations when no one was looking and almost always later found in a different room from where it was left, and even tiny muddy footprints were allegedly discovered around the house. The pet dog of the house was apparently terrified of it and peed in the house on several occasions even though it never had done that before, and would often refuse to enter the premises at all. On one occasion the homeowner claims that they saw an entity crouching in a darkened room that looked like a haggard old crone completely naked and dripping with water, with reflective eyes like those of a cat, leading to the doll’s sinister nickname “The Crone of the Catskills.” 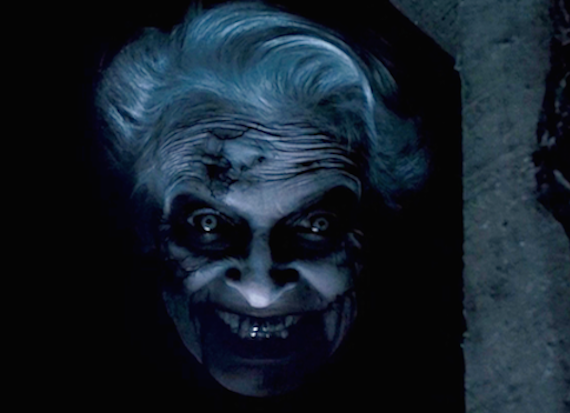 The seemingly possessed object drew great interest from paranormal investigators Dana Matthews & Greg Newkirk, who were able to acquire it for their spooky Traveling Museum of the Paranormal and Occult, a vast repository of some of the world’s most haunted or cursed objects. It is definitely one of the creepier museums out there, and it seems that the Crone would be perfectly at home here. And it was, in the sense that it went right on with its scary bag of tricks. On various occasions the figure was said to knock over furniture and a plastic figure of Jesus Christ on a wooden crucifix from the wall, pulling out the nails out in the process that were never found, as well as leave its muddy footprints all over the museum and the smell of fetid pond water in its wake, and there is one instance in which video footage was captured of the statue actually moving.

There were times when heavy furniture toppled over for no apparent reason to almost smash the museum owners or their guests, and the doll was known to roll off of tables on its own. More sinister still were reports of those who touched or even looked at the Crone the wrong way becoming violently ill or ending up in freak accidents. A burning, itching sensation was not uncommon for people who gazed at it too long, and there was a general natural aversion people felt in its presence, as if they were being repelled and pushed away. People who physically touched the figurine had it the worse, allegedly being overcome with sudden and inexplicable violent seizures and prompting the enactment of a strict no-touching rule for the cursed object. Indeed, the Crone was soon wrapped up in a pillowcase, stashed in a padlocked box, and taken out of the exhibition. The statue did not respond to any attempts to placate it, and things supposedly got so bad that the directors, who remember were housing the scariest, most haunted items on the planet, didn’t even want it anymore, and they mulled over putting the doll back into the cave where it had been found. For now it remains with the museum on a no-touch basis, and is rarely shown to visitors.

It seems like a good plan to put it back, as it is apparent that disturbing its resting place caused whatever ominous and malignant force is attached to it to lash out, but before doing that it was decided to make it the subject of an off-the-wall experiment thought up by paranormal researchers Karl Pfieffer and Connor Randal. They proposed trying what is perhaps the world’s first attempt to 3D print a haunted object, while at the same time attempting to communicate with the malevolent, restless entity attached to it via psychic and livestreaming the whole thing on a museums member’s only Facebook page, on Halloween night no less. Other 3D scanning projects soon followed, including that of a haunted mask and various cursed idols, in a project meant to create a 3D catalogue of haunted and cursed items. 3D printing a cursed object inhabited by a very pissed off, very aggressive evil force or spirit, what could possibly go wrong? Apparently, making 3D prints of these haunted objects had some strange consequences, including freak equipment malfunctions, almost as if the objects did not want to be scanned, and museum founder Greg Newkirk explained some of these unexplainable issues thus:

We’ve had equipment malfunction in bizarre ways, artifacts mysteriously go missing before we can scan them, and just two weeks ago, we went to print a 3D duplicate of a haunted mask we’ve named The Fetid Face and it completely melted the printer. It destroyed the equipment. 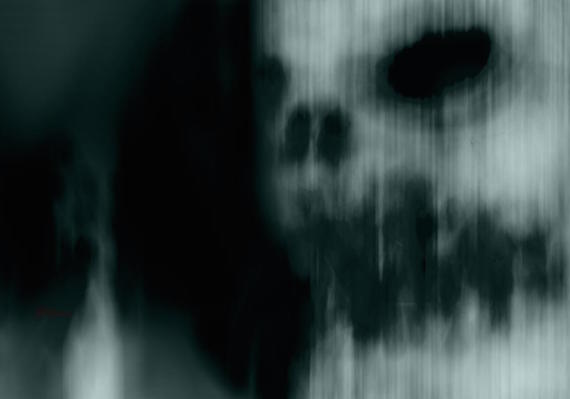 Some artifacts are so plagued with problems that no scan can be successfully made at all. On top of this, some of the 3D scan prints have been claimed to have exhibited strange phenomena in their own right after the printing, as if some of the ghostly energy from their progenitor has attached itself to these copies as well. Concerning the strange defiance of being printed shown by some objects and the odd tendency for the prints to mimic certain aspects of the paranormal from their parent, Newkirk has said:

In hindsight, I guess we should have anticipated this, but when it comes to working with haunted artifacts in new, unexplored ways, you never know what’s going to happen. We’re attempting something that’s never been done before, laying the groundwork for future study of paranormally-active objects. There are going to be quirks we can’t see coming. Members will email us and let us know that something strange is happening with their copy. Maybe it’s possible that we’ve captured more than just the image of these artifacts in the scan – maybe we’re actually capturing a bit of their essence.

It seems like with 3D printing people will try and make or replicate just about anything, and it seems that we have officially stepped into the world of recreating cursed objects. Good idea or not (probably not), there are some interesting issues this raises, not the least of which is just what quality does an object possess that makes it haunted in the first place, and what anchors a spirit or ghost to it? Is it the object itself or some mysterious unseen quality permeating it? Are these prints upsetting or confusing the spirits? If the object were to be replicated perfectly down to the last molecule would the entity then be anchored to that thing as well or would a curse cling to the replica? It is all a curious little mental exercise to contemplate, and a new dimension on the nature of ghosts and cursed items. Or maybe it is all a bunch of rubbish and there are not ghosts or curses to begin with? Whether one believes in the supernatural or not, the project of 3D printing haunted items is certainly an odd little curiosity that melds the dark world of the paranormal with the shiny toys of modern technology.

A Guide To The Abominable Snowman