The Saga of Ireland’s Ghostly Animal-Man

Back in the 1930s, a strange and sinister story surfaced of a diabolical beast rumored to haunt an old Irish castle. According to two ghost authorities of that long gone era, Marchioness Townshend of Raynham and Maude Ffoulkes (in their book True Ghost Stories), “...the truth of this story was vouched for to Mr. Reginald Span by the Vicar of the Anglican Church, Arizona, as it happened to some friends of his when they once rented a picturesque castle in the South of Ireland.” And, with that said, read on. So the very weird saga goes, late one particular night, in the latter part of the 19th century, a certain “Mrs. A” was sitting alone in one of the castle’s bedrooms, awaiting the return of her husband. Suddenly, there was the distinct and unmistakable sound of one of the doors banging in the corridor outside the room. More disturbingly, footsteps could be heard, too. Someone or something was creeping around the old castle. Grabbing a lit candle, Mrs. A carefully and slowly opened the door and, to her eternal horror, saw a darkened, shadowy form heading towards the staircase. 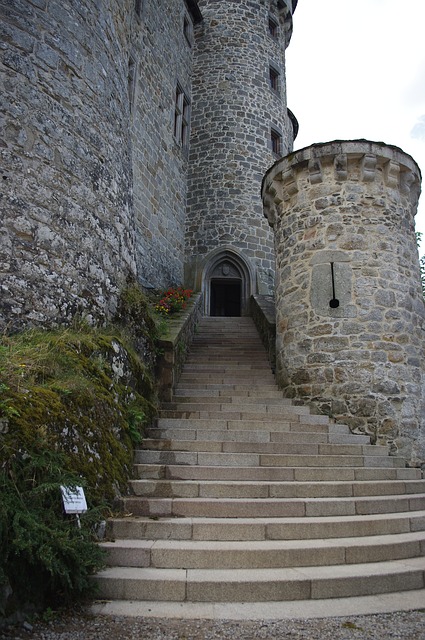 Evidently, the entity realized its presence had been noticed, and it turned to face the by now fear-stricken Mrs. A. It was at this point that her terror was elevated to stratospheric proportions. The thing was apparition-like in nature, and possessed the head of a man, but the body of a mighty, hair-covered ape. For a moment or several, it glared malevolently at Mrs. A, before vanishing into nothingness. The story is not over, however. Several nights later, the woman’s husband also saw the animal-man, after his attention was drawn to the shadows of the landing, from where distinctly unsettling and creepy laughter was emanating. On looking up, Mr. A was confronted by a beast that – just as the man’s wife said – had the body of a large and hairy ape and the head of a man – and a most ugly man, too.

Interestingly, Mr. A evidently got a better look at the creature than did Mrs. A, and he could see that the hair of the monster appeared to be of a red / brown color. In what sounds like some sort of bizarre nightmare, as the man headed up the stairs to confront the man-thing, the terrible laughter got louder and echoed through the old halls of the castle. Not surprisingly, at the last moment the man thought far better of his actions and raced for the safety of the bedroom. 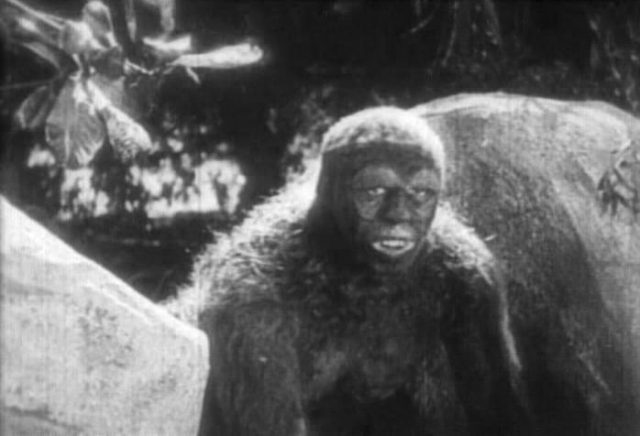 For a few days, things were mercifully quiet. It was a situation that was not destined to remain so for too long, however. While arranging flowers one afternoon in the drawing-room, Mrs. A suddenly felt a pair of hands on her shoulders, and, thinking it was her daughter she spun around, only to be confronted by the cackling creature, looming over her at a height that easily exceeded six feet. Mrs. A screamed for help, and, as a friend came running, the strange and unearthly entity vanished into absolute nothingness – just as it had before. And, for the family, by now enough was well and truly enough: They packed their bags and returned to the United States.

Perhaps of relevance to this story are the following words, as related to me by friend and fellow researcher, Ronan Coghlan: “There is an Irish word, gruagach, which can mean a magician, giant or ogre, but that actually means ‘the hairy one.’ The question must be asked if this contains any sort of reminiscence of hairy man-beasts prowling the Irish countryside.” It may very well, given what Ronan has to say next: “A Norse work of the 13th Century mentions the capture of a wild man in Ireland with a mane running down its back.” The work in question, and that Ronan is talking about, was called Konungs Skuggsja, or, alternatively, Speculum Skuggsjo. It describes the Irish wild man by the name of the gelt, and his peculiar condition as geltacht.

A careful examination of the text of the centuries-old book reveals the following about this strange Irish entity: “There is also one thing which will seem very wonderful about men who are called gelt. It happens that when two hosts meet and are arrayed in battle-array, and when the battle-cry is raised loudly on both sides, that cowardly men run wild and lose their wits from the dread and fear which seize them. And then they run into a wood away from other men, and live there like wild beasts, and shun the meeting of men like wild beasts. 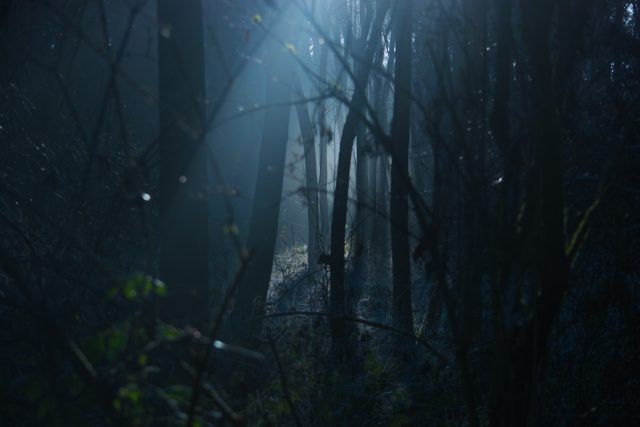 “And it is said of these men that when they have lived in the woods in that condition for twenty years then feathers grow on their bodies as on birds, whereby their bodies are protected against frost and cold, but the feathers are not so large that they may fly like birds. Yet their swiftness is said to be so great that other men cannot approach them, and greyhounds just as little as men. For these people run along the trees almost as swiftly as monkeys or squirrels.”

Thereafter, we are told, the gelt lived as a definitive outcast, roaming the land of Ireland in search of three things, and three only: Water to drink, water-cress to dine upon, and ivy-bushes on which to sleep. With that said, I will leave you with a question to ponder on: is it possible that the spectral, half-man, half-beast seen in the old castle, and as described by Mr. and Mrs. A, was the ghostly form of a long-dead gelt, come back from the grave to haunt an old Irish castle in the latter part of the 19th century?