The Strange Saga of the Sea-People

Within the history of fairy lore, there exists a longstanding tradition of these magical entities having the ability to shift into a near-dizzying number of forms. One of them was known as the Selkie. It's a beast that is most associated with the people and the old folklore of northern Scotland, the Shetland and Orkney Islands, Ireland, and Iceland. It’s fair to say that the Selkie is not too dissimilar to the legendary mermaid, although, as will become apparent, there are significant differences too.

The Selkie is said to be a seducer-supreme. Whereas, in times past, mermaids and mermen were perceived as being half-human and half-fish in appearance, they were not shapeshifters, per se. Rather, they were a combination of creatures. The Selkie, however, was said to have the unique ability to take on two specific forms: that of a seal and that of a human – both male and female. Whereas mermaids, myths tell us, are limited to living in the oceans, the Selkie was said to have existed as a seal in the water and as a human on land. Centuries ago, people believed the creature achieved the latter by discarding its seal skin and taking on human form.

While the Selkie was seen as a manipulative creature – as all fairies are said to be – it is not a malicious one, at least not for the most part. There was an acceptance that Selkies have a deep affinity for the human race, and that they are also attracted to us – physically, emotionally and sexually. Old lore states that the Selkie may live in the seas of our world for an extraordinarily long period of time. Should one of these magical things develop a lusting for a human, they will cast off, and carefully hide, their sealskin and take to the land in human guise. A twist on this aspect of the legend maintains that if the person in question can locate the hidden hide, then the Selkie will remain with that same person and the Selkie’s love will last as long as their human companion lives.

Even when the Selkie stay on the land with its lover, the time very often comes when the yearning to return to the sea becomes overpowering and, finally, irresistible - mythology maintains. Generally speaking, the Selkie – which, in typical fairy style, has an extremely long lifespan – will only do so when its human partner has passed on. When the grieving process is over, the Selkie will then seek out its sealskin that it discarded and hid years earlier, take on its original seal form, and spend the rest of its life traveling the seas. 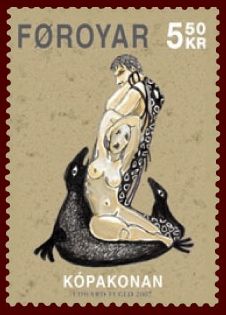 Whatever the truth of the matter, it is intriguing to note that despite the centuries-old origins, beliefs in the Selkie still exist in certain parts of Scotland, its surrounding isles, and Iceland. That's in stark contrast to the issue of mermaids; creatures which are almost universally and rightly seen as mythological entities. Indeed, David Thomson’s 1954 book, The People of the Sea – which is a full-length study of the Selkie saga – makes it abundantly clear that well into the 20th century the Selkie was perceived by Scottish folk as a real, living creature.