The Voodoo Police of Tijuana

Law enforcement has always been a constant arms race between the police and the shady criminals they pursue. For every way the authorities find to fight crime the criminals will find a way to thwart it and vice versa, with each side constantly evolving and forcing police to use an ever expanding array of the methods and technological equipment at their disposal. Yet sometimes these techniques and tools just don’t seem to cut it anymore, and there can be the frustrated and desperate desire for some magic new way to fight crime. In at least one case, this magical way has been quite literal, and in the city of Tijuana, Mexico there have been groups of police, worn down and tired out by the onslaught of the seemingly never-ending drug wars plaguing them, who have turned to the arcane world of magic and Voodoo to help them win.

Any good yarn like this deserves its origin story. Mexico has long faced rampant drug trafficking, gang violence, and police corruption, with thousands of drug related deaths per year, many of them helped out by law enforcement officers who either acted as hit men themselves or looked the other way, and many in the pockets of the country’s highly influential kingpins, with very few of these villains ever actually arrested or prosecuted. Drug violence just seems to become sort of a way of life in some areas, something that is part of the landscape and just has to be lived with.

When former Mexican president Felipe Calderón came into power in 2006 he launched an intense and aggressive crusade to stamp out drug trafficking and corruption, utilizing around 40,000 military soldiers to help fight the scourge of the drug cartels and arresting or firing hundreds of corrupt officials and police officers in his fierce war on the drug barons, yet in a way this conversely made things even worse. Facing this new pressure from the president, drug cartels resorted to even more savage tactics, and stepped up their threatening activities in an effort to defy this new president and demonstrate their sheer ruthlessness and power.

Fierce, bloody gun battles in broad daylight in the streets became commonplace, complete with high-powered assault rifles, rocket propelled grenades, and civilian casualties, there were increased kidnappings, and bodies began to pile up in increasingly mutilated states, often with signs of grotesque torture or even having been beheaded. One high-profile attack was carried out on Lesley Enriquez, 35, a pregnant American consulate worker and her husband, Arthur Redelfs, 34, who were gunned down in cold blood in 2010 as they drove near the border city of Ciudad Juarez on a crowded road in broad daylight, and which would be a case that would stir outrage in the United States.

On top of the renewed violence, bribery continued on, with every ousted police officer or official seemingly replaced by two more, revenge killings against those who defied them ramped up, and in the meantime the flow of drugs was barely staunched at all, still managing to get into the United States regularly without even barely a change of price to show for all of the renewed violence, except for the increase in the price paid in human lives to provide them. It seemed that nothing much had changed at all except the amount of blood being shed and the amplified wanton brutality of these crimes. 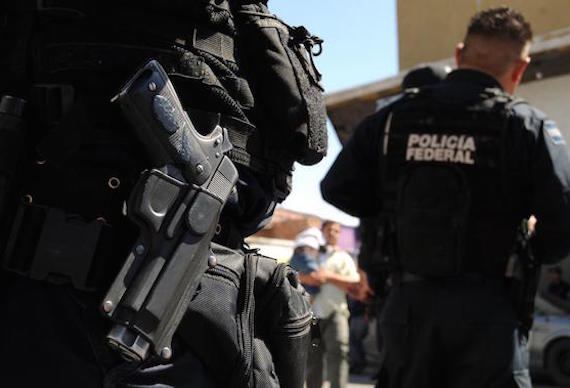 One city that was hit particularly hard by all of this violence and bloodshed was the city of Tijuana, which sits just south of the border of San Diego, California. A city of 1.7 million people, Tijuana faced a huge surge in drug crimes during this period, with 2009 alone seeing 2,600 murders, with the average in this lawless land being around 120 killings a month. Police here were faced with violence the likes of which they had never seen, sometimes directed towards them by those within their own ranks, which were infested with crooked cops on the cartel pay rolls and leaving the police with no one to trust, always watching their own backs and never certain who the enemy was. One civilian head of the Tijuana police force named Alberto Capella said of this precarious situation at the time:

We are fighting two wars. One is against the narcos. The other is against our own police and the judges and the corrupt officials who work for the narcos. This second war is the most difficult one.

This dire situation, fueled by paranoia and relentless violence in the face of the drug lords, led to policemen to begin to rely on more ancient and mysterious weapons in this brutal war in around 2009, which they hoped could help them when their automatic guns and body armor were of seemingly little use. The police of Tijuana, many from rural areas where superstition and religion are strong, began to resort to using paranormal means to try and win this war, and it seems they still do.

In some cases, policemen would gather for dark rituals said to be born from a mixture of Haitian Voodoo, Cuban Santeria and Mexican witchcraft, and which involved coming together on beaches during full moons while a Voodoo priest would ritualistically kill chickens and smear the blood on the officers while chanting protective prayers to invoke the spirits to grant various powers. There they would huddle in the dark engaging in these arcane rituals, only these were not some sinister devil worshippers but rather officers of the law on a desperate mission to battle the overwhelming power of the menacing drug lords. These mysterious rituals remained shrouded in secrecy for a while until chicken carcasses and other signs of the gatherings began turning up at various beaches in the area and some police came forward to admit that they were partaking in these rituals to gain the means to fight the drug cartels. 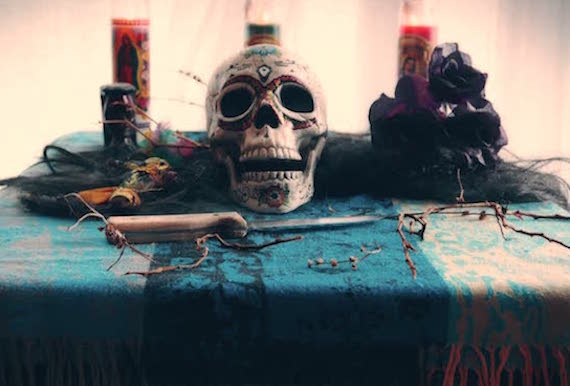 Another method has been to get specially blessed charms and even “spirit tattoos,” which are said to imbued with spiritual energy that can guide the way, make one invisible to enemies, increase physical prowess, and even deflect bullets. So fully and completely do the men believe that these mystical tattoos work that they are willing to shell out $160 for one, despite the fact that they typically get paid a pitifully low salary hovering around only around $300 dollars a month. For them it is worth it, and one former Tijuana policeman said of these supernatural weapons:

Sometimes a man needs another type of faith. I was saved when they killed two of my mates. I know why I didn't die. We all know that guns and body armor are useless against the cartels because they are well-armed and can attack any time. But this is something we can believe in, that really works.

It is unclear just how much any of this actually works, but it is certainly clear that the men truly believe it does. It gives them a sense of relief and hope in the face of the specter of death that they face every day, offering a degree of mental fortitude to carry out what they know must be done. The drug wars still go on in Mexico, claiming scores of lives both civilian and police, and it is interesting that even in these modern times there are those who would fall back on magic in these dark days in order to give them some sort of competitive edge when all seems lost. Whether it is out of true belief or plain desperation, whether this magic they are trying to conjure up works or not, it is certainly a strange tactic to take for law enforcement officers, but perhaps with the hopelessness they seem to face anything is worth a try, and that desperate times call for desperate measures.