Unidentified Aircraft Incident Over Oregon Confirmed by FAA and NORAD

When it comes to alleged encounters with mystery aircraft, most often you get the "run of the mill" reports, which leave little in the way of anything substantial upon which to gauge their validity, apart from pure witness testimony.

Less often, there are reported incidents involving witnesses from multiple sources, such as commercial airliners, military aircraft, and even involvement by the likes of NORAD. Add to the mix the fact that the observed "mystery aircraft" in question has no active transponder, and couldn't be detected on radar, and you have a genuine mystery.

This rare criteria for a "good" unidentified aircraft report is precisely what has surfaced, in relation to an incident that occurred back in October over the California/Oregon border. The story, which first appeared on Reddit, might have been dismissed as largely speculative or hearsay, had it not been for the fact that Tyler Rogoway, writer for The Drive, had heard about the incident previously from associates of his in the aviation industry; obviously, the story had already created a buzz, and rather than just appearing on an unsubstantiated Reddit thread, it seemed the existing talk over the incident was leaking there, too. 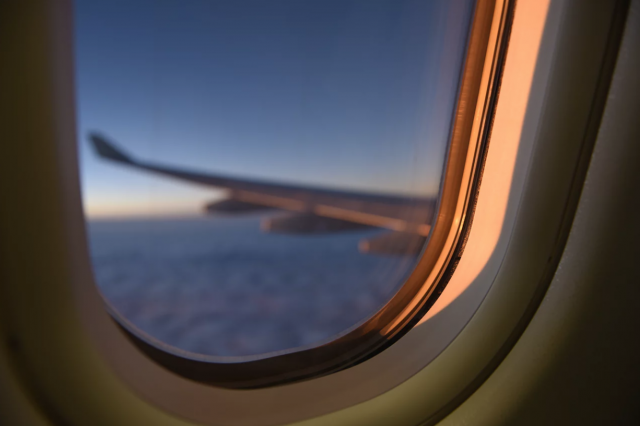 "Just landed in Seattle coming from the bay area. Beginning over Southern Oregon we kept overhearing Seattle Center attempting to track an airplane with no transponder who wasn't talking. A handful of crews were able to track it visually, best they could tell it was between FL350-370 [35,000-37,000 feet], northbound. Nobody close enough to see the type.

Last we heard it was over the Willamette valley northbound and some fighters, perhaps out of PDX [Portland International Airport], were scrambled to go take a peek. Center had trouble tracking it on primary radar.

Strange! My theory is they were running drugs to Canada. No news yet, not that I could find.

**Update 0500z. Called SEA ARTCC. The gentleman I spoke with said that they initially got alerted to the aircraft from Oakland Center who was painting it on primary [illuminating it with radar, but without transponder information]. For whatever reason they couldn't track it themselves on primary, and that's when I overheard them using airline aircraft to track it visually. The last airplane to see it had to descend into Portland and lost sight of it. The fighters were scrambled out of PDX but flew around for a while and did not find it. And that's that."

The report above gives few details about the aircraft itself, and due to the fact that craft was unresponsive via radio and radar systems, the pilots had been communicating with the pilots and crew of other commercial aircraft in the vicinity to try and obtain visual confirmation.

Few details about its appearance were related, apart from the fact that it was a "white airplane," and appeared to be flying the same speed, or slightly faster, than other aircraft in the vicinity. However, one description of the aircraft's flight behavior did describe a sharp turn that it made, which seemed to be outside the range of maneuverability of conventional aircraft. If true, this detail might support the notion of it having a military origin. 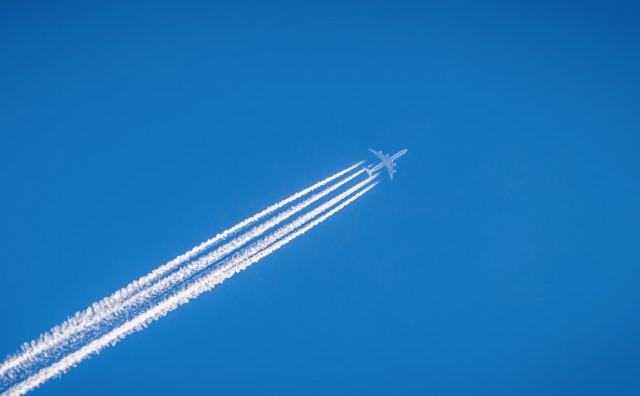 Recordings of the communication between commercial aircraft in the area and Seattle ATC has been made available here, which detail the confused pilots as they attempted to track the mystery aircraft.

Tyler Rogoway contacted the 142nd Fighter Wing based at Portland International Airport, the FAA, and the North American Aerospace Defense Command (NORAD) on behalf of The Drive in order to try and obtain confirmation of the incident. As Rogoway notes, "NORAD's reply was quick and clear. An incident involving multiple airline crews, air traffic control, and F-15Cs from the 142nd Fighter Wing based out of Portland did occur."

NORAD further commented that, "airliner pilots were asked by FAA air traffic controllers to help track and possibly identify a 'white aircraft' traveling in the flightlevels nearby—roughly between 35,000 and 40,000 feet based on the radio recordings," as evidenced by the recordings that were later released. Perhaps most compelling of all, however, had been the group of F-15s that were scrambled out of Portland, which presumably had been sent to intercept the mystery aircraft.

The FAA and 142nd Fighter Wing were less responsive following the incident, and primary details obtained are based on recordings of flight communications, and the NORAD statement.

On an interesting note, one Reddit poster, claiming to be an air traffic control operator, shared this interesting story:

"[O]ur QA department was working on this today, and got a call from the commander of the 142FW at PDX and was basically told to knock it off, and we know nothing."

This statement cannot be verified, of course, but if true, might further suggest a military origin for the aircraft.

At present, and with so few details on hand, it is difficult to assess just what the nature of this incident entails, and whether the "mystery plane" was anything out of the ordinary. Current theories range from a possible drug smuggling operation (which seems unlikely, considering that the incident began at around 4:30 PM local time, thus having occurred in broad daylight), to a possible military test craft. Whatever it may have been, the incident represents one of those rare cases where corroborative data between multiple sources, both civilian and military, do at least confirm the incident, and the general description of the mystery plane in question.

For details on a similar incident, as reported to the Aviation Safety Reporting System (ASRS), see my earlier article on a bizarre "flying egg" that was observed several years ago near Minneapolis, Minnesota. In the meantime, anyone with further details on the October 2017 incident related here, or with similar stories or observations about unrelated incidents, can reach me via email here.

Ashes of Buddha May Have Been Found in China