A Collector of Creatures and a Cryptozoological Connection

Sometimes, as someone who investigates reports of strange creatures, I find myself chasing not just unknown animals, such as Bigfoot and the Loch Ness Monster, but also regular animals seen in distinctly out-of-place environments. Britain, for example, has reportedly been the home to a whole variety of big-cats for years – maybe even for centuries. However, such beasts are most certainly not indigenous to the British Isles, and have no reason to be roaming the country either. Yet, apparently, they are. Kangaroos, wallabies, crocodiles, giant snakes and many more exotic beasts have also all been reported across Britain – and, again, none of which are native to the country. So: where did they come from?

I don’t claim to be in a position to resolve the entire puzzle of Britain’s out-of-place animals; however, I may be able to shed some light on why so many out-of-place beasts have been seen in and around a large area of woodland in central England called the Cannock Chase. And it all revolves around a man named Dr. John Kerr Butter. More than a century ago, the good doctor was both a resident of the English town of Cannock, Staffordshire and a keen and renowned zoologist. 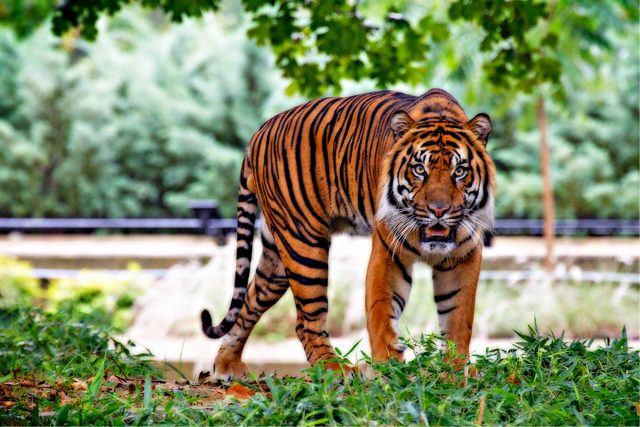 Indeed, it is a little-known – and truly startling – fact that Butter possessed a highly impressive collection of exotic animals that were housed at his place of residence on the town’s Wolverhampton Road, and which astonishingly enough included giraffes, monkeys, elephants, ostriches, emus, geese, kangaroos, and a Madagascan cat-like creature called a Fossa that is related to the Mongoose. Butter had even tamed a wild ocelot that he kept on his property, a certainly considerable feat that justifiably earned him the distinction of being made a Fellow of the Royal Zoological Society. Somewhat amusingly, Butter would regularly make house-calls to his patients sat atop a trap that would be wildly pulled around the town of Cannock by a fully-grown zebra! And for those patients that were able to make it to his surgery, they would invariably be greeted by Antony, the doctor’s favorite pet monkey.

Interestingly, Butter was also a recognized expert on big cats, and he provided regular animal welfare for the varied traveling menageries that visited the town of Cannock, as well as the surrounding towns and villages. In addition, Dr. Butter was a devoted collector of strange artifacts, which included bear-skins, an ink-stand constructed from the jaw of an alligator, and countless jars full of preserved animal organs. But there is still more to come; much more, in fact.

On one occasion Dr. Butter went to do battle: namely, at the turn of the twentieth century in the Boer War. And it is a known and verifiable fact that at least some of his animals did disappear from his property during this particular period when he was far away from home. Moreover, at the outbreak of the First World War in 1914, all of Dr. Butter’s animals promptly vanished – as a direct result of the nation’s dwindling food supplies, something which ensured an unfortunate lack of adequate sustenance for Butter’s ever-over-flowing menagerie. Notably, there is no record whatsoever of what happened to the doctor’s huge and varied collection of exotic beasts in this crucial period of British zoological (and perhaps even cryptozoological) history.

Is it possible that Dr. Butter – who was an undoubted, life-long animal lover – secretly released his beloved beasts back into the wild, perhaps on a dark night, when the prying eyes of the town-folk of Cannock would no longer be upon him? Needless to say, of course, if a fully-grown elephant or a zebra were roaming the wilder parts of Staffordshire in the early part of the twentieth century, we surely would have heard about it long ago! Therefore, it seems safe to assume that these creatures, at least, found new homes in local zoos or perhaps in traveling circuses. But, it is an undeniable fact that the Cannock Chase has for decades been the reported home of large cats and kangaroos, or possibly wallabies - animals that most assuredly were housed at the doctor’s property on Cannock’s Wolverhampton Road. 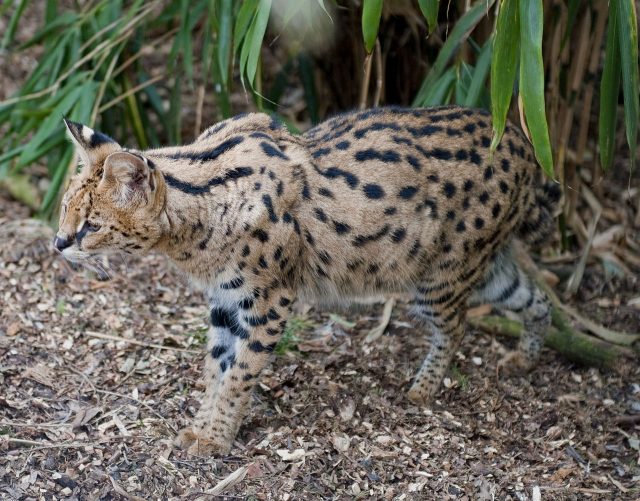 The possibility that at least some of today’s creatures roaming the area might very well be the direct descendants of those same animals lovingly kept and cared for by Dr. Butter – who may very well have wished them their freedom, rather than risk having them destroyed – must rank highly, even if some prefer to dismiss such admittedly fantastic and controversial ideas. And what was the fate of Antony, the doctor’s favorite monkey? Certainly, no-one knows. If Antony was also released into the wilds of Staffordshire, too, it's not too fantastic to suggest that Butter had released other, somewhat similar creatures – chimpanzees, perhaps, which Butter actually owned for a brief period – into some of the dark woods and forests of the area in earlier times, and that they have been secretly breeding and living in stealth ever since? If so, perhaps they are responsible for some of the many and varied sightings of hairy, ape-like creatures in the Cannock Chase woods today.

Admittedly, this is a purely hypothetical scenario (and, some might say, a wholly outlandish and over-the-top scenario, too). And, there is certainly no hard data at all to prove or disprove anything of substance on this particular issue – beyond the undeniable fact that from the latter part of the 1800s to the early years of the 20th Century, distinctly exotic animals from all across the world were kept at a location not at all far from where, today, countless reports of encounters with out-of-place animals are reported. But, if Dr. John Kerr Butter was in any way responsible for the many and varied beasts seen in the woods of the Cannock Chase today, it seems he took his strange secrets to the grave with him when he died – in his mid-sixties – in 1920.