The man who showed the world his “Frozen Sasquatch Foot” earlier this year is back with a piece of the beast that is even bigger and better than the giant foot … a head he claims was once on a living Sasquatch before his father killed the huge creature in 1953, cut it up and froze it until his son found people who would believe the story or needed to raise some money. That day has arrived.

“My Bigfoot frozen head video is doing good, 30,000 views in 2 days but that's not good enough everyone needs to know Sasquatch is real before the Government tries to silence the truth #Bigfoot”

The “Bigfoot frozen head video” was uploaded to Youtube by Peter Caine, whose channel describes him as a dog trainer, artist and comedian” who “also does political commentary, Cooking videos, Bigfoot Research, UFO's and Aliens, Pigeons & Raven Husbandry and Hunting Videos.” Somewhere in that busy schedule he manages to find the time to keep a freezer full of Bigfoot parts ice cold at his home in the Finger Lakes region of New York – a project and a passion that he says takes a lot of money, especially when he and his father have had to do it for 64 years.

"Not everything's a joke. Yeah, I do joke around, but this is not a joke. This is real."

Caine knows what you’re thinking, especially if you read the part about him being a comedian and an artist. That’s the kind of background that might produce fake frozen Bigfoot pieces to hoax the public and attract people to his video channel, dog training facility or art exhibit. However, he swears that the story and the Bigfoot remains are real and he plans to give them to a DNA lab for testing.

Gotcha! As he tweeted, Caine is afraid of the “Government” and there’s no way he’s letting the head, feet, penis and everything else out of his freezer or his sight. The “Government” may want to examine the remains for more reasons than just to prove or disprove the existence of Sasquatch, as he reveals on his “about” page:

“After eating Bigfoot meat his debilitating hip was no longer a problem. The Power of Bigfoot.” 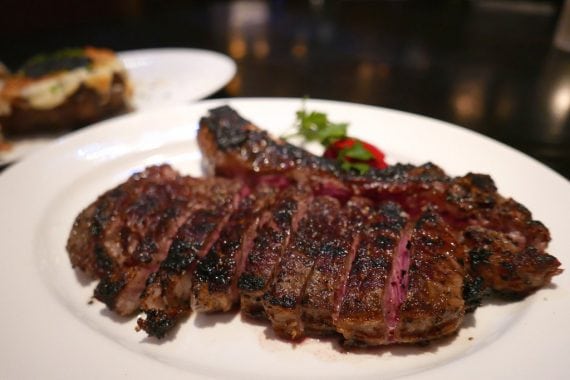 Aw, did he just say he ate some of that Bigfoot? Yep, and he claims that, although you might think he’s a creepy conman, he’s worked at Cornell University, the Smithsonian and MIT and has proven that “Bigfoot is of Alien origin.”

Perhaps its’ time for Caine to say it again:

"Not everything's a joke. Yeah, I do joke around, but this is not a joke. This is real."

Instead of letting the Smithsonian or MIT help him present his Bigfoot evidence to the world, Caine plans to produce another video showing all of the parts he hasn’t eaten put back together so we can see what it looked like before his father killed it. Yes, you’re right. He doesn’t say much about that part. Perhaps this story will be told when he opens his planned Bigfoot museum and theme park.

From this vantage point, it sounds like the only thing “real” about Peter Caine’s Bigfoot head is its potential to make money for Peter Caine.