It’s only been a few days since the big Pentagon/Tom deLonge UFO announcements and video releases and already those who have been keeping their own secrets are coming out of the woodwork. A man claiming to be a former Area 51 worker released his own video maintaining he once piloted a reverse-engineered alien spacecraft and he may have traveled in time during the trip. Is this the opening of the disclosure floodgates (#IflewaUFOtoo) or the start of a new round of hoaxes?

In a video produced and uploaded by ApexTV, a man introduces himself as Robert Miller, gives some personal background (his father once worked at Area 51) and then warns that what he’s about to reveal will put him in danger and he’ll probably be chased or silenced by the government. (video link here) 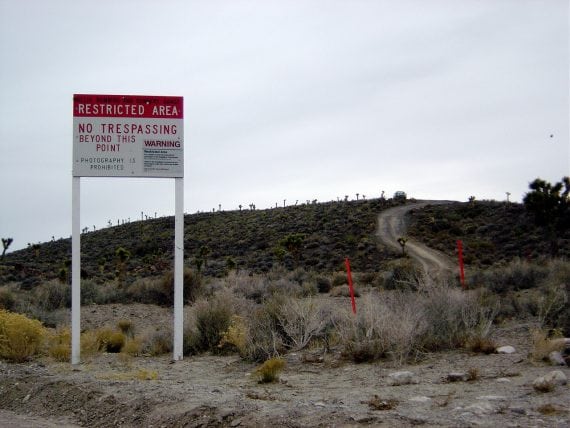 Miller claims that he was selected to be a pilot in a secret government program at the Area 51 Groom Lake facility and, when he arrived on his first day in the middle of the night, he was met by men in black suits. He was soon informed he’d be a test pilot on a new aircraft reverse-engineered from an alien craft that crashed in 1947. He briefly describes it, then gets into his alleged experiences … as best as he can remember them.

“I do remember they brought me inside the craft and up to the pilot’s seat. There was only room for one person in the giant craft. I looked around the cockpit and only saw a seat. No joystick, no steering wheel, no other controls. There was, however, a helmet. They told me the craft was controlled telepathically. I was told to imagine the craft starting to float off the ground, but it didn’t work. Instead I had to imagine that I was the craft, like part of it, and I began thinking of myself floating off the ground and I felt the vibrations.”

“I was 500ft off the ground, then the vibrations of the engine stopped. There was no ejection button on the craft. I was effectively helpless. It was plunging towards the ground and I went unconscious. The next thing I knew I was in hospital. A man in a black suit came in and explained to me what happened. He said right before the craft hit the ground, it just went, boom, disappeared.” 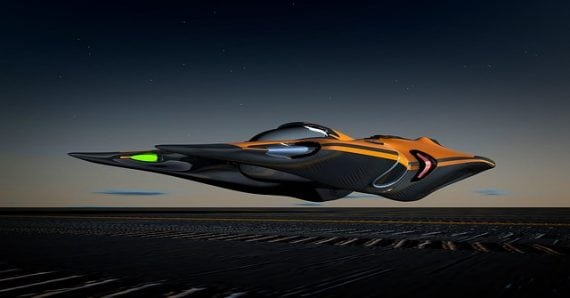 There’s that man in a black suit again, who told him what happened next.

“Then in the middle of the night, they heard a loud crashing noise outside, the craft had crashed in the same spot. The scientists had hypothesized that the craft had time-traveled.”

Let’s stop there. The video was produced by ApexTV, a site “dedicated to providing quality paranormal content.” As many comments on the video point out, its content, like other ApexTV videos, is questionable. The video contains nothing other than the testimony of “Robert Miller” – no photos, stolen parts, other witnesses or any visible evidence of his experience. He implies that the craft he claims was reverse-engineered to build the ship he flew was the craft that crashed near Roswell … an incident that becomes more dubious as more people come forward to admit their part in various hoaxes surrounding it, like the “alien autopsy video.” The 'control by thought' relieves him of describing the cockpit in detail and the memory loss gives a convenient excuse for the lack of any other recollections or the ability to answer questions.

Nonetheless, many commenters believe what "Robert Miller" says in the video. Is the story he tells real or a hoax? On any other day, this would be on the "hoax" side but the Pentagon revelations and Tom deLonge videos have changed our perspective. For now, the needle on this is pointing directly at “get ready for more videos like this one.”

The Mystery of the Cursed Dybbuk Box