The discovery and extraction of metals in early times had an immeasurable impact on human development. Thus, modern historians recognize the three primary periods of human growth and development as the Stone Age, followed by the Bronze Age, during which metals like tin, lead, and bronze came into use. Finally, the Iron Age saw more advanced smelting processes which, as the name entails, allowed the widespread use of iron.

However, for some time there has been question over the appearance of iron artifacts that clearly dated to the Bronze Age period, and hence the question, were there attempts at smelting iron that occurred in earlier times?

Recently, a French study which examined the origins of various Bronze Age artifacts came to a rather unique determination about this lasting mystery: and it involves the fact that virtually all tools dating back to this period “have otherworldly origins.”

The study, titled “Bronze Age iron: Meteoritic or not? A chemical strategy,” concludes that iron samples dating from the Bronze Age are meteoritic; in other words, they come from meteors that were present on Earth in ancient times, having traveled here from outer space. Hence, speculations over the years which assert that “precocious smelting during the Bronze Age” might have taken place seem to have been refuted, according to the study’s authors. 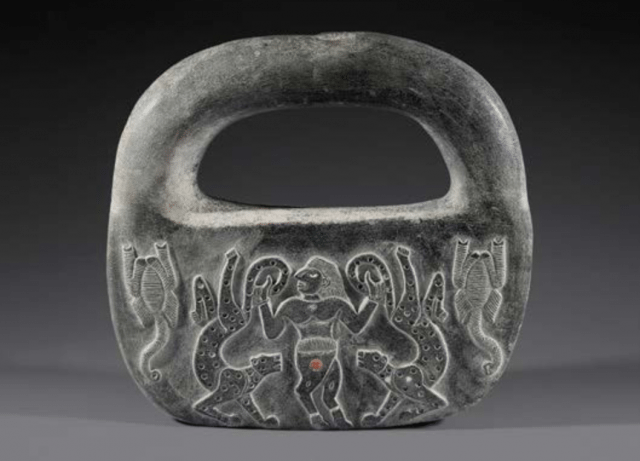 Historians have long recognized from ancient writings that only seven metals were known in Antiquity: these were copper, lead, silver, tin, iron, mercury, and gold. The latter of these, gold, had been the only metal to occur in large quantities with regularity in nature, though obviously, under some circumstances the other six were also found in what would have been considered productive amounts.

Smelting processes as we know them today would have come into use primarily around 1200 BC, which marked the beginning of the Iron Age. Nonetheless, some smelting technology had been in use in the Old World much earlier, dating back as much as 6,000 to 8,000 years ago with tin and lead, followed by bronze and copper a few thousand years later. Such early smelting processes wouldn’t account for a number of Bronze Age iron artifacts on record, and thus, it seemed more likely that the source materials had come from meteorites instead.

In order to prove this, the French study chose to employ a geochemical approach using Iron, Cobalt, and Nickel analyses, a combination of which “permits to differentiate terrestrial from extraterrestrial irons.” 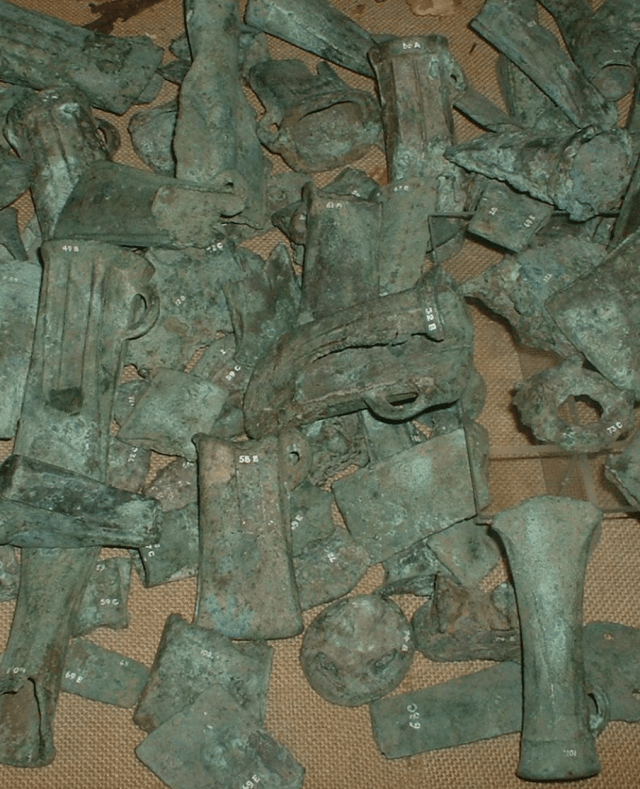 According to the study’s lead author, Albert Jambon from the the National Center for Scientific Research (CNRS) in France, “Meteoritic irons, Bronze Age iron artifacts, ancient terrestrial irons and lateritic ores” were examined in the study, which helped determine that irons and iron ores of modern provenance “are shown to exhibit a different relationship in an [Iron, Cobalt, and Nickel] array,” when compared with those from the presumed meteoritic Bronze Age irons. In other words, all of the Bronze Age samples were consistent with metals acquired from meteorites.

Among the artifacts that were tested in the study were a dagger, a bracelet, and a famous headrest that once belonged to King Tutankhamun, who reigned in Egypt from 1332–1323 BC. Axes and pendants from Syria and China, and an assortment of other Bronze Age artifacts were also used in the study.

The paper appeared in the December 2017 edition of the Journal of Archaeological Science.