Cash in Your Chips – AI Beats Humans at Poker

Humans have lost to artificial intelligence at chess, Go and rock-paper-scissors, but at least we still have dominance in the game that requires the very human trait of bluffing – poker. Right? Sorry all you poker pros with nicknames like Slim, Crazy, Kid, Lucky and Texas … there’s a new player in town and his name is Libratus. This digital gambler knows when to hold ‘em and when to fold ‘em and he’s so good that you’d better walk, no run, away without counting your chips because he’s already scooping them up.

Greed is a powerful emotion, but so is guilt, and guilt could be why the computer scientists at Carnegie Mellon University decided to reveal how their poker AI works after it defeated four of the world’s best professional Heads-up, No-Limit Texas Hold’em poker players earlier this year at Rivers Casino in Pittsburgh in a competition fittingly called “Brains Vs. Artificial Intelligence: Upping the Ante.” 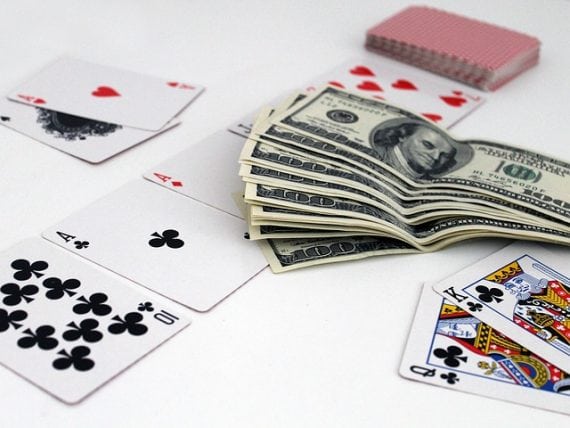 Libratus (terrible poker player name) made history by defeating the four top pro poker players (Dong Kim, Jimmy Chou, Daniel McAulay and Jason Les ) in a marathon 20-day poker competition. When it was over, Libratus had taken the pros for $1,766,250 in chips, making its developers -- Tuomas Sandholm, professor of computer science, and Noam Brown, a Ph.D. student in computer science, famous and happy, but unfortunately not rich.

While the developers didn’t get to keep the pot (neither did Libratus, which it’s probably already figured out how to rectify next time), they thought it was only fair to the human payers that they learn how they lost. In a paper published this week in Science and in a press release from Carnegie Mellon, Sandholm and Brown explained the secrets of a machine with no poker face. 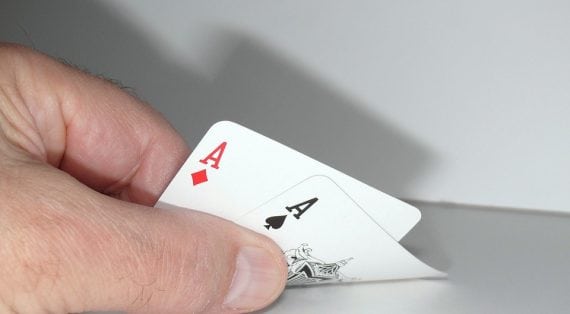 Libratus first breaks down the 10161 (1 followed by 161 zeroes) possible decisions, bets and hands into groups that are similar (a king-high flush and a queen-high flush, for example). Next, it develops a “blueprint” strategy to start the games. Finally, it looked for opponents’ moves that were not in the “blueprint,” it created a solution on the fly in an algorithm Sandholm and Brown called “nested subgame solving.”

Of course, this is poker so Libratus’ highly-skilled opponents were making adjustments as well. As those happened, Libratus analyzed bet sizes and opponents’ decision branches, then computed strategies to defeat them and updated the “blueprint.”

Not only did Libratus best humanity’s best power players, it was evaluated against the best poker-playing AI -- Baby Tartanian8 (also developed by Sandholm and Brown ... Vegas better be watching these guys) – and won hands down. While Libratus has yet to be pitted against IBM’s DeepStack AI, it’s ready.

Of course, Sandholm and Brown say that the real purpose of Libratus is to develop decision-making AI for activities other than poker where critical information and decision-making criteria are hidden.

"The techniques that we developed are largely domain independent and can thus be applied to other strategic imperfect-information interactions, including nonrecreational applications. Due to the ubiquity of hidden information in real-world strategic interactions, we believe the paradigm introduced in Libratus will be critical to the future growth and widespread application of AI."

Obviously, “Lucky” is a poor nickname for Libratus. If it gets loose in Las Vegas, “Loaded” may be more appropriate.