As a follow-up to my article on how certain, mysterious camera-based issues surround the Men in Black, I thought I would demonstrate how you can find almost identical situations in the field of Cryptozoology (the study of unknown animals, such as Bigfoot, lake-monsters, etc.). We'll begin with a man named Frederick William Holiday, but who preferred to go by the name of Ted. A child of the 1920s, it was hardly surprising that Holiday should have become enthused and excited by the explosion of interest in the Loch Ness Monster in 1933. He was, after all, a twelve year old boy at the time, one for whom adventures, unusual animals, and mysterious places were at the forefront of his young mind.

It was not until 1962, however, that Holiday, a skilled angler, was able to make the trip of a lifetime. He did so in a van, packed with all the essentials for a Nessie hunt, such as cameras, a sleeping-bag, and fishing rods. For Ted Holiday, the plesiosaur, giant eel, and giant salamander theories for the Nessies were flawed and lacking in substance. He came to the highly unusual conclusion that they were gigantic versions of everyday slugs. The biggest problem with Holiday’s theory was that it was beset by issues that made it most unlikely to have merit. For example, the specific kind of invertebrate that Holiday had in mind - Tullimonstrum - only grew to lengths of around lengths of fourteen inches. Oh, and one more thing that should be noted: it went extinct millions of years ago. None of these important points appeared to bother Holiday in the slightest, who continued to pursue his theory with a great deal of enthusiasm.

Such was the level of gusto that Holiday mustered, by 1968 he had written an entire book on the subject of his pet-theory. Its title: The Great Orm of Loch Ness (“orm” being a centuries-old term meaning “worm”). There’s no doubt that Holiday made a brave case for the theory that the Nessies were massive invertebrates. The problem was that his book was entirely based on speculation. By the time The Great Orm of Loch Ness was published, Holiday had not only been to the lair of the Nessies on numerous occasions, he also had the opportunity to speak to many witnesses to the beast. In doing so, he noticed a most curious, and even unsettling, pattern. 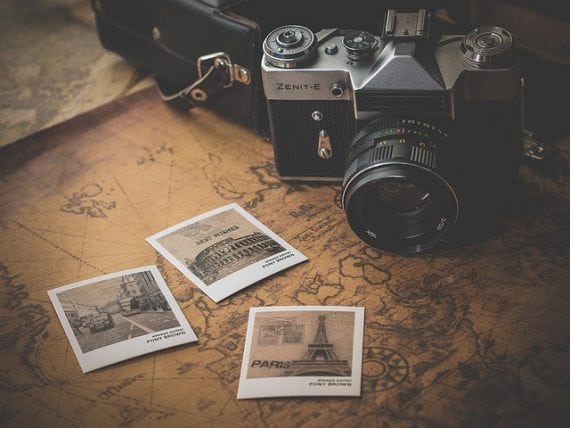 There were far more than a random number of reports on record where eyewitnesses to the creatures had tried to photograph them, only to fail miserably. As time progressed, it became abundantly obvious to Holiday that this was not down to chance. When an excited soul on the shore went to grab their camera, the beast would sink beneath the waves. When someone even just thought about taking a picture, the monster would vanish below. On other occasions, cameras would malfunction. Pictures would come out blank or fogged. It was as if the Nessies were dictating, and manipulating, the situations in which the witnesses found themselves. That is exactly what Holiday came to believe was going on. As a result, things changed radically for Holiday. Indeed, his second and third books, The Dragon and the Disc and The Goblin Universe (the latter published after his death), were clearly influenced to a significant degree by the writings of John Keel, of The Mothman Prophecies fame.

The husband and wife team of Colin and Janet Bord have, like Holiday, noted that camera-based problems have long been issues for Nessie-seekers. In fact, since the very year in which mega-scale Nessie fever began. The Bord’s said: "When Hugh Gray took the now famous photograph of the Loch Ness Monster on 12 November 1933 he did in fact take five shots but four were blank." Now, moving away from Nessie...

It was on a freezing cold morning in January 2003 that Jonathan Downes and his team of monster-hunters from the U.K.-based Center for Fortean Zoology drove up to the town of Bolam in the north of England, from Downes’ home in Devon – a mammoth convoy-style drive, to be sure. Bolam, along with various other locations in the U.K., had been hit by a wave of sightings of what can only be described as "British Bigfoot." High-strangeness plagued the team – and in sinister fashion – just about as soon as they arrived. To his consternation, Downes found that all of his electrical devices – his computer, his cell-phone, his audio equipment, and his cameras - were completely and utterly drained of power. All of them had to be charged before they could be used. 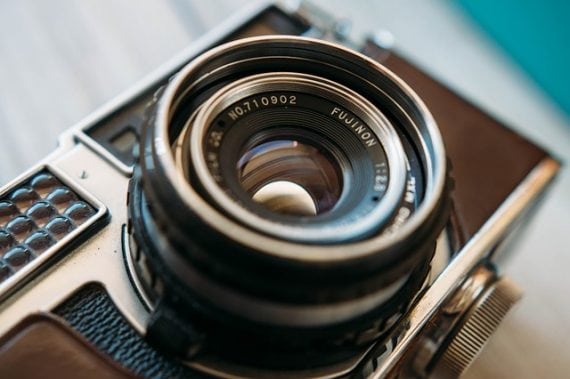 Now, let's take a look at the saga of the Goat-Man, a strange beast seen roaming the woods of Lake Worth, Texas midway through 1969. It wasn’t long before the story reached the local media: the first story on the creature was titled “Fishy Man-Goat Terrifies Couples Parked at Lake Worth.” It appeared in the pages of the Fort Worth-based Star Telegram, on July 10, 1969. It’s intriguing to note that one of the witnesses to the Goat-Man – a man named Jack Harris, a resident of Fort Worth – attempted to take a picture of the creature, only to find that his camera suddenly died on him, which is near-identical to the situation Jon Downes found himself in an Bolam Lake, England in January 2003 – decades later and on the other side of the world. And it also mirrors the findings of Ted Holiday in the post-The Great Orm of Loch Ness period.

I could do an entire series of articles on problems relative to cameras when it comes to matters of the supernatural kind. But I won't. Instead, I'll summarize and finalize things by saying that there are numerous such cases of "jamming cameras" when it comes to the UFO issue. And, ghost-hunters have experienced much the same, too. Clearly, there is a pattern here. Right now, though, it's a pattern that continues to baffle us.

Pop Singer Rumored to be Robot Controlled by the Illuminati