From a Ouija Board to Sasquatch

Laura Carter was thirty-six, lived in New York, and was employed by the Post Office when I interviewed her in 2007. She related to me the details of a distinctly odd and unsettling series of occurrences that took place back in mid-1985. On one particularly warm summer’s night, Laura said, three of her friends had come over to visit. Her parents were out of town, and so the girls planned to have an evening hanging out, playing music, drinking, and and generally having a fun time.

At some point during the night, the discussion turned to horror-movies, ghosts, spooks and specters, and the four girls decided to experiment with an old Ouija Board. As Laura admitted to me, none of them were seriously frightened by the board or the possible implications of what might transpire – in fact, they had no real idea at all how to even use the board, apart from “what we had seen in horror movies,” added Laura. But, like teenagers everywhere, they found the idea of “playing with the Ouija Board while my mom and dad were out” to be great fun and immensely exciting. However, what initially started out as nothing more than a bit of late-night joking around quickly changed into something far darker and much more disturbing.

Largely improvising, as a result of their lack of any real knowledge of how to use a Ouija Board, the four did their best: relying on familiar Hollywood imagery, they pulled a wine-glass from a kitchen-cupboard, placed the index-fingers of their right hands atop it, and were soon immersed in their planned bit of fun. Questions about boys, when they would marry, and attempts to contact dead relatives followed – all to no avail, perhaps inevitably. However, said Laura, something decidedly odd did occur: on two occasions, the electricity went off – which scared the living daylights out of the four friends. Not surprisingly, one might argue, taking into consideration their actions with the Ouija Board.

Laura explained further that everyone got a weird vibe when the power failed. And even though nothing else of an untoward nature occurred that night, it was all too late, the damage was done, and a doorway was unwittingly, and ominously, opened. For reasons that, Laura admits, to this day she cannot really explain nor understand, a feeling of fear and apprehension came over as the next day progressed, and afternoon became early evening – and after her friends had all returned to their respective homes. Once again the electricity failed – around 6.00 p.m. – and the dark, foreboding feelings began to take an ever-stronger hold on Laura’s mind. And so, after eating a hastily-made sandwich, she decided to retire to the comfort and (so she thought, at least) safety of her bedroom.

Later that night, however, Laura was woken from a deep sleep in the early hours, and heard what sounded very much like a loud, yet disturbing, animal-like “scream” emanating from the vicinity of a small, but densely-packed, area of woodland that was situated at the rear of the family home. Cautiously, but curiously too, Laura got out of bed, went to the window, and peered out into the darkness and the shadows. Nothing out of the ordinary could be seen, and so she returned to her bed, and was soon asleep again – for a very short while, at least.

It was approximately 2:00 a.m. when Laura was jolted from her slumber by what she described to me as “the grossest smelling thing ever: like rotting cabbage.” Laura put out her hand to turn on the lamp that sat on a small bedside table, when she was horrified and panic-stricken by the sight of a silhouetted, large, black, hairy figure that was partially eclipsed by the shadows in the darkened room. Laura said the creature was “hunched over and had huge, long arms and big, white eyes.” 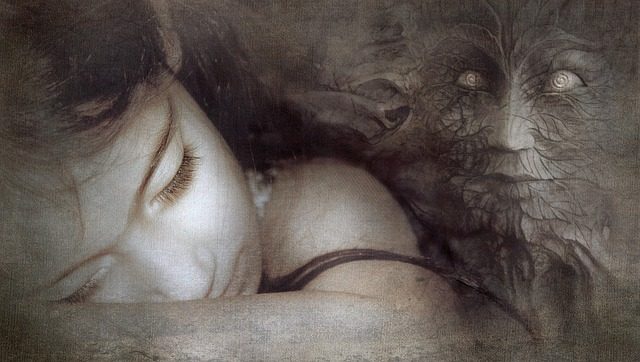 As I sat in my office and listened as Laura told her nightmarish tale, she added that at the very moment she tried to scream out loud she experienced a sudden feeling of paralysis: “I was sitting up, but couldn’t speak or move at all,” she recalled. And worse was still to come: the hairy giant slowly moved in Laura’s direction, stooped down over her, and brought its face within eight or nine inches of hers. The creature was, Laura explained to me, “just like Bigfoot."

For barely several moments, the giant beast stared intently and deeply into her eyes, then slowly and carefully backed away, until the point came where its dark mass was almost indistinguishable from the shadows that dominated the room. The strange form ultimately disappeared, Laura recalled, “like it had been sucked into the shadows.” Notably, Laura added that although the beast had certainly scared her out of her wits, she did not get the feeling that it was in any way directly hostile. Instead, it was her opinion that the creature had appeared to warn her “not to get mixed up with ghosts and Ouija boards again.” Unsurprisingly, since that day Laura has not. And the beast has never put in a repeat-performance.

Whether Laura Carter’s weird experience was one based within literal reality or the result of a particularly bad nightmare, it still puzzles her years later.