While this story sounds like it might be called “The Empire Strikes Back,” unfortunately the root of this lashing out against robot overlords had little to do with revolution … at least against robot overlords. Over the past month, a security robot hired/rented to protect the puppies and the employees at the San Francisco SPCA has been battered with barbecue sauce, fouled with feces, trapped under a tarp and bumped over by a bully. While the dedicated robot wants to keep working, the SPCA decided to place it on permanent leave. Why did this robot rouse the rowdies in San Francisco?

The program started with good intentions, according to the San Francisco Business Journal. The S.F. SPCA takes up an entire block in the Mission District, an area known for crime, car and building break-ins, drug use and informal encampments for homeless people. Jennifer Scarlett, the S.F. SPCA’s president, thought she had found a way to protect her employees at a low cost. She hired a K5 security robot from Knightscope, changed its name to a more appropriate K9 and put it to work on the SPCA’s perimeter. The K9 had an immediate effect on the grounds:

“We weren’t able to use the sidewalks at all when there’s needles and tents and bikes, so from a walking standpoint I find the robot much easier to navigate than an encampment.”

That comment connecting the security robot to the homeless encampment is the one that started the backlash. As is the case these days, death threats were made towards the robot and it was vandalized and attacked, which is not a smart thing to do since K9/K5 weighed 398-pounds and was equipped with cameras, proximity sensors, wireless signal detectors and alarms. All that for only $6 an hour, which is far less than the $14 minimum wage in San Francisco … inciting more hatred of the robot for taking jobs that those homeless people could do.

Some local residents who encountered the K9 robot took the non-violent route and complained to City Hall about things like the robot blocking sidewalks and scaring dogs. That prompted the Department of Public Works to warn the SPCA that K9 was operating "without a proper approval” and they needed to take it off the sidewalks or face a fine. That worked better than the feces and K9 was laid off. 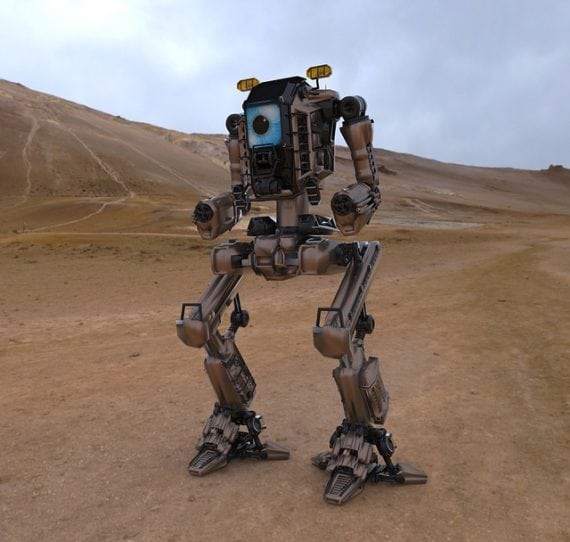 The robot took it well (another K5 “committed suicide” earlier this year in a fountain in Washington DC) and will probably be reassigned to another security job. Unfortunately for the protesters, even though Scarlett acknowledges the plight of the homeless and unemployed in the Mission District, but will not be hiring a human replacement. In fact, she sees robots coming back eventually.

“In five years we will look back on this and think, ‘We used to take selfies with these because they were so new.’”

Do you agree? Are robots inevitable and on the road to being friendly sidewalk sharers or is this just part of their master takeover plan?

About That U.S. Government UFO Program…