Mini Ice Age May Be Just Five Years Away

It’s the end of 2017 -- time to look ahead to a better 2018 and beyond … unless you’re a mathematician working on models to predict ice ages, climate change and other things many would prefer not to believe in – models or not. However, if you fear the literal definition of ‘global warming’, this might be for you. A Russian mathematician working in the UK says her model, which she claims has a 97% accuracy rate, predicts a mini ice age beginning in 2021 and lasting for 33 years, dropping temperatures enough to put Britain’s rivers in a permanent freeze. Hockey anyone?

Valentina Zharkova, mathematics professor at Northumbria University, made these bold and cold predictions based on historical solar activity, particularly data from the last mini ice age – the so-called Little Ice Age from around 1250 to the early 20th century.

If her name sounds familiar, you must the other person who bought the Famous Modern Mathematicians Bobble Head Collection … or you remember a similar story from 2015 when she was researching sunspots and predicted unusual activity in the magnetic waves associated with them. While she never mentioned them, it seemed that every report on her prediction linked it to climate change and a mini ice age, especially the one in England from 1645-1715 CE which coincided with a period of almost no sunspot activity known as the Maunder Minimum. That frigid period in England is well-documented in historical accounts and paintings and was used in 2015 to counteract stories of global warming.

The report on Valentina Zharkova’s research and model has finally been published and she sees another Maunder minimum coming when the solar cycles between 2020 and 2030 cancel each other out. Is this bad? Zharkova gave Sky News her prediction:

"I hope global warning will be overridden by this effect, giving humankind and the Earth 30 years to sort out our pollution." 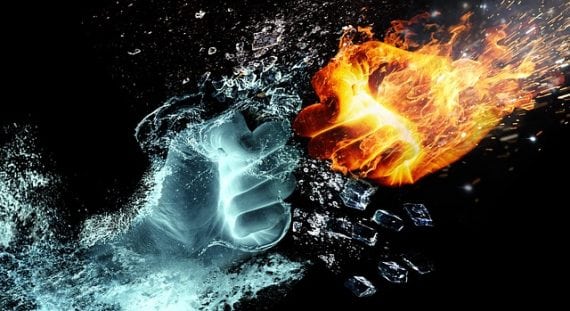 In other words, she sees the potential for this upcoming downturn in sunspots to cause a freeze that will lessen the effects of global warming, a term she definitely uses this time around. Is 30 years time to “sort out our pollution” by 2050?

"We have to be sorted by that time and prepare everything on Earth for the next big solar activity."

And the “next big solar activity” will be a sun-caused warming or grand maxima.