One of the more fascinating mysteries I have come across is that of people who, for whatever reasons, have seemingly spontaneously teleported over great distances with no explanation. I have covered this phenomenon here at Mysterious Universe before, on more than one occasion, and it is a mystery that is endlessly intriguing. Although teleportation in recent times has been shown to be a very real possibility, what are we to make of such cases, when a person suddenly and inexplicably transports from one place to another? I do not intend to get into the specifics of how such a process would work, but what I will do is bring you some truly weird cases of when this has supposedly happened.

A very early and strange case of what appears to have been some form of teleportation supposedly happened in 1687 in North Cornwall, England and concerns a young servant named Jacob Mutton, who was in the employ of a William Hicks, the Rector of Cardinham. On May 8, 1687, Jacob was reportedly getting ready for bed when he heard a strange voice calling out, which sounded as if it were saying “So Hoe, So Hoe, So Hoe” over and over again. Upon looking around for the source of the mysterious voice, which he said had sounded “hollow,” Jacob tracked it to the window, but when he looked out there was no one out there in the night, and it would have been odd if there had been, as his window was a full 17 feet off of the ground. This would be the last thing he really clearly remembered before he mysteriously vanished.

The next morning when Jacob was nowhere to be found the premises were searched, but all that could be located was an iron bar from outside his window lying on the ground. However, it soon came to light that Jacob had been found some 30 miles away near the town of Stratton, lying unconscious on a narrow road still tightly grasping a window bar from his bedroom. Jacob proved to be rather dazed and unable to clearly recall what had happened to him at first, and he expressed bewilderment that he should be so far from home in an area that he had never been to before. Upon being brought back home it was noticed that the young man’s demeanor had changed, and that he was rather dour and contemplative rather than his jovial and cheerful usual self. When asked what had happened to him the only thing he was able to vaguely remember was that a “tall man” had taken him out over the land, as if flying. It is unclear just what exactly happened to Jacob Mutton, but it is an intriguing tale to say the least. 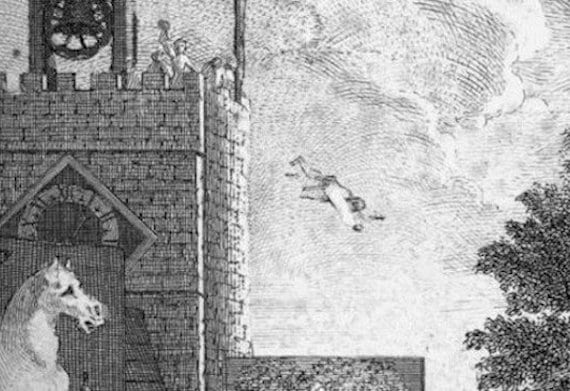 In 1926 there was the strange case of French swimmer Simone LaVille, who was in the midst of trying to swim the English Channel. According to reports from the rescue boat that followed her, during her swim Simone suddenly purportedly began to fade away, as if being erased from reality, before disappearing completely. A panicked search began, but the woman could not be located anywhere in the area and no one could figure out how she could have possibly just vanished under the watchful eye of the 18 crew members aboard the rescue vessel. She would allegedly be found 3 hours later in a farmer’s pond 17 miles south of London, with no rational reason, nor any memory as to how she could have possibly ended up there.

Another strange case comes from 1959, when a man in Bahia Blanca, Argentina was driving home after a business trip. According to his account, he checked out of a hotel and got into his car to continue on his way, but when he started the engine he claims that the vehicle was suddenly tightly wrapped within a thick, soupy white fog that seemed to come from nowhere. He peered out of the window but could not make anything out through the oppressive white of the haze, and at some point he believes he passed out, only to awaken to find himself standing alone in a field, with no sign of where his car had gone nor the hotel he had been at. It seemed that he was in an unfamiliar rural area in the middle of nowhere, and he could not figure out just what had happened.

The baffled and disoriented man then made his way to a nearby dirt road and managed to wave down a passing truck. When he asked the driver of the truck if he would take him to Bahia Blanca things would get strange indeed, as according to him they were now in Salta and that Bahia Blanca was over 600 miles away from where they were. The dumfounded man reportedly looked at his watch and saw that only a few minutes had passed since he had been enveloped by the bizarre mist. 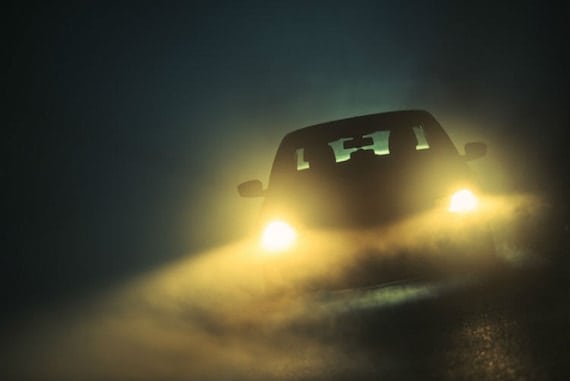 The truck driver then apparently dropped the dazed man off at a nearby police station, where he told his story to some very skeptical officers, yet when they checked out his story by calling the hotel he claimed to have stayed at, the receptionist confirmed that the man had indeed just checked out not long before. The mystery man’s car would be found soon after abandoned and with its engine still running. Just what in the world happened to this man and did he really get transported hundreds of miles within minutes? Who knows?

Also from the same country, is a case written of in Our Haunted Planet, by John A. Keel. It comes from 1968, and revolves around 11-year-old Graciela del Lourdes Cimenez, who in the summer of that year was out playing with friends in Cordoba, Argentina. Similar to the previous account, the girl claimed that she had suddenly been surrounded by an impenetrable and oppressive white mist. Startled and frightened, Graciela then tried to run through the thick fog in the direction she thought her house lay, but as she did so she suddenly ran out of the murk into a busy town square, odd considering they had been nowhere near such a place. Gabriella allegedly went to the first house she could find, and when she asked the residents where she was she was shocked to find that she was over 100 miles away from where she had been.

More recently, in November of 2000, a man named Ralph Morily claimed that as he and his wife were relaxing at their Miami home when an unidentified stranger suddenly appeared in their hot tub. When the man was questioned he was found to be rather flustered and confused, and he claimed that he had just dove into the pool of a hotel 8 miles away and surfaced there in the hot tub. This would be confirmed when the stranger’s wife and two teenaged children said that they had watched him dive into the pool but that he had never surfaced, prompting a police search. The next thing they knew, the police informed them of having found the missing man in the hot tub miles away. In it a weird case, and considering it was first reported in the Weekly World News should probably be taken with a grain or two of salt, but for what it’s worth I figured it was worth at least putting out there.

Even more recently brought forward is an account shared by a commenter calling himself Pavel on the Russian Boris Zolotov forum on June 12, 2008. The user claimed that he had been an army officer serving in Kazakhstan in 1967 when he experienced some bizarre events as he was attempting to get back home to Moscow, some miles 3,800 kilometers away. A rough translation of his account reads:

The train from there (to Moscow) is 3.5 days. At 5 p.m., I get from headquarters, with all the documents on my dismissal. Travel documents have not yet been issued to me. Lieutenant Tihonchik on Java motorcycle, stopped near me and proposed a ride. I take the seat behind him and ... fall into the darkness. My condition is stunned curiosity. Still with the darkness around, I suddenly hear female voice: - "Don't make noise with your boots! It's not Vietnam here! (I was wearing a panama hat).

My vision comes back to me and I find myself in Moscow walking near a metro station close to the building my family lived in. The time is about 8 p.m. hours (time difference between Moscow and Kazakhstan is 3 hours). With joy, I run home... And the most interesting thing I can't find any travel documents on me.

Finally we have an odd report originating in South Africa in October of 2017. According to the strange story, an infirm 61-year-old man was admitted to a hospital for emergency abdominal surgery, after which he was transferred to the larger Stellenbosch Hospital, in Cape Town, South Africa to recover and for rehabilitation. During the man’s stay, a nurse was caring for him and allegedly went to go fetch some fresh linen, but when she returned to the room a mere minute later the man was nowhere to be seen. It was incredibly strange, as he had been completely bed-ridden and in an immobilized, postoperative condition at the time and barely able to move, let alone get out of bed and walk off in such a short amount of time without anyone noticing. It was as if the patient had just disappeared into thin air. 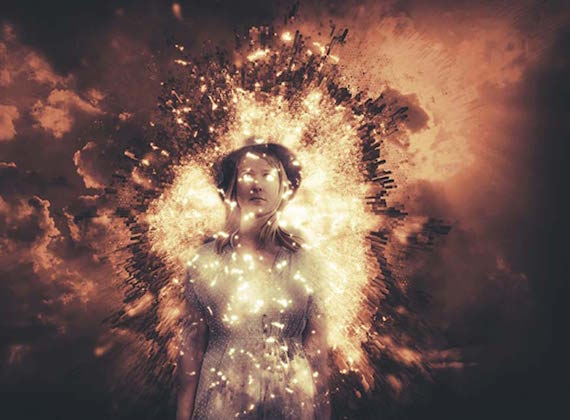 Over the next few hours a search was launched at the hospital, searching every inch of the facilities and the surrounding area, but there was absolutely no trace of the vanished man. It would not be until 13 days later when the vanished gentleman would finally be found dead, but what is truly strange is just where he was ultimately found. The body was allegedly discovered stuffed up in a confined and typically inaccessible niche within the ceiling slabs of an isolated hospital unit, and neither authorities nor hospital staff have any idea whatsoever as to how this immobile old man could have possibly gotten there, leading to whispers of teleportation. As crazy as it all sounds, the story has supposedly been confirmed by the Ministry of Health of the Western Cape province, Mark van der Heever, and is apparently still under investigation. Did this man spontaneously teleport? Just what is going on here? No one seems to know.

Is there any truth to such tales and how can this possibly happen? While we pursue the technology to teleport objects and pore over the theory behind it all, if these reports are anything to go by it seems as if this has been perhaps happening naturally for years. Are these people tapping into some force we cannot yet comprehend? Are they venturing through vortices or miniature black holes that have sucked them in and spit them out in disparate locations or even miles from home? Is there any truth to these accounts at all or is this all attributable to some rational explanation? It is a mystery that provokes discussion and debate, and one which we may never fully understand.