Moving From One Time To Another?

Within the specific genre of science-fiction, fantastic tales of time-travel to the far-flung future or to the distant past are hardly rarities. Take, for example, H.G. Wells’ epic novel of 1895: The Time Machine. The book tells the story of a brilliant, London, England-based scientist, inventor and adventurer who journeys to the year A.D. 802,701 where, to his complete and utter dismay, he finds that the Human Race (in the form that we understand it, at least) no longer exists. In its place are the Eloi and the Morlocks. The former are relatively human-looking beings (albeit of smaller stature), yet they utterly lack vitality, imagination, and any desire to learn or advance. The Morlocks, meanwhile, are fearsome, savage and nightmarish beasts who dwell in darkened underground lairs and who use the Eloi as we use cattle: namely, as a source of food.

Then there is The Philadelphia Experiment: an entertaining Hollywood film allegedly based on real events, and which tells the story of two sailors – David Herdeg and Jim Parker – who are propelled through time from 1943 to the Nevada Desert, circa 1984.

And we should not forget the BBC show, The Flipside of Dominick Hide, in which the main character travels through time from A.D. 2130 to London, England in 1980. Ostensibly there to observe the transportation systems of the past, Hide subsequently finds himself on a quest to locate one of his distant ancestors.

Although these three tales of fictionalized time travel are very different in nature, they all have one thing in common: the time travel that all of the characters experience is achieved via the use of highly advanced (albeit sometimes unreliable) technology: In Wells’ The Time Machine, the chief character (whose name we never actually get to learn) builds his own device to traverse the centuries. In The Philadelphia Experiment, Herdeg and Parker take part in a secret U.S. Navy operation. And Dominick Hide undertakes the journey from 2130 to 1980 via nothing less than his very own flying saucer. However, there are countless reports on record where people - in the real world - seem to have crossed the time-barrier entirely at random, and without the means of sci-fi-style machine-based technologies. Such cases have become known as Time-Slips.

One of the most famous examples of what some researchers think may have been a definitive Time-Slip involved two British women: Charlotte Anne Moberly and Eleanor Jourdain, who, it has been suggested, traveled through time while visiting the gardens of the Petit Trianon at Versailles, France. It was August 10, 1901 when the pair paid a trip to the Palace of Versailles. While walking through the grounds, both Moberly and Jourdain were overcome by distinctly oppressive feelings of gloom and uneasiness. They would later claim to have met with a wide variety of individuals, all garbed in 18th Century clothing, and who they came to believe had been members of the court of none other than Marie Antoinette. More controversially, the pair said they saw a figure they thought may very well have been Marie Antoinette herself.

Did Moberly and Jourdain really cross the time-barrier into centuries-past? To this day, the story has as many believers as it does detractors. But there is one important factor of which to take careful note: their amazing story does not stand alone. Indeed, there are numerous reports on record of people apparently passing through time – entirely at random, and without the benefit of any form of out-of-this-world technology. 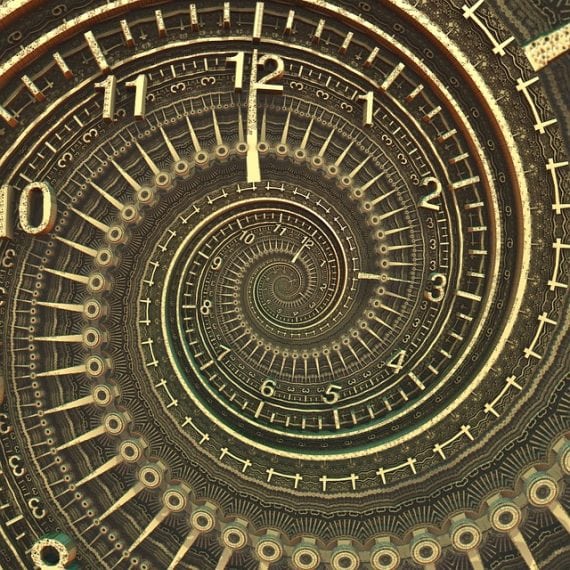 A key event of the First English Civil War, the Battle of Hopton Heath (a small village in south Shropshire) was fought on Sunday, March 19, 1643 between Parliamentarian and Royalist forces. The battle ended at nightfall, with the actual victory and outcome still remaining matters of very much personal opinion. The Royalists, for example, had succeeded in capturing eight enemy-guns; while the Parliamentarians believed that their successful killing of the enemy commander, the Earl of Northampton, was of equal – if not even greater - significance.

But, without doubt of even more significance was a startling event that occurred at some point in the winter of 1974. It was late at night and then-thirty-six-year-old John ‘Davy’ Davis, a Lichfield, Staffordshire-based house-painter at the time, was driving near Hopton Heath when he began to feel unwell: an ominous tightness developed in his chest, he felt lightheaded, and, as he succinctly put it, "my left ear hurt and felt hot."

Quickly pulling over to the side of the road, Davis was amazed to see the night-sky suddenly transform into daylight, while the road in front of him no longer existed: instead, it had been replaced by a mass of fields, heath-land and tangled trees. And, in front of him, countless soldiers adorned in what was clearly Civil War-clothing waged harsh war upon one another. Notably, Davis said that although at one point he was "nearly bloody surrounded" by the soldiers, it was almost as if they could neither see him nor his vehicle. This afforded Davis a degree of relief, as he was practically frozen to the spot, and "couldn’t have run if I had wanted to." As it transpired, Davis didn’t need to run anywhere: just a few seconds later, the bizarre scene suddenly vanished, and Davis found himself sat at the edge of the road, with his car squashed against a large line of hedge, and with complete and utter normality returned.

Horning is an old village in Norfolk, England situated between Wroxham and Ludham, on the River Bure. The village’s Ferry Inn is typical of the many old taverns that dominate the area, and the 13th Century church of St. Benedict can be found half-a-mile to the east of the village. On a summer’s afternoon in either 1978 or 1979, the Margolis family was enjoying a stroll around the picturesque village when, like so many before them and since, they were overcome by a feeling of distinct uneasiness and unreality – as well as total silence, and a slight dizziness.

That uneasiness quickly mutated into concern, fright, and overwhelming disorientation as the landscape became "fuzzy" ("like a big heat-haze"), the houses were replaced by ancient cottages, and the road ahead of them became little more than a muddy track. As for the cars that had been in sight, they were no more. Instead, a battered and bruised cart appeared – that was being pulled by a large cart-horse. A thin man dressed in brown walked alongside the horse; yet appeared not to notice any of the family in the slightest. 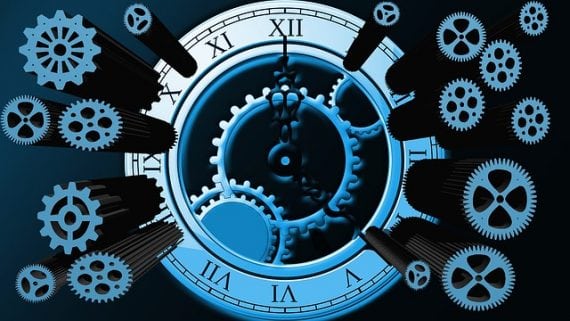 Suddenly, however, the modern-day sounds of cars and voices began to echo all around them, and the strange spectacle was now utterly gone. Notably, it seems that Mrs. Margolis may very well have been exposed to the odd scene for slightly less a period of time than was her now-late husband and their 11-year-old son. "I looked at them when I came out of it," recalled Mrs. Margolis in a 1997 interview, "and it was like they were in a trance: their mouths were hanging down, and their eyes looked funny. Then they looked like they woke up and we were all back together again."

Interestingly, odd and unsettling feelings and sensations, such as those referenced in each of the cases above, were also referred to by author Andrew Mackenzie in his book Adventures in Time: Encounters with the Past. Such events, reported Mackenzie, are "often accompanied by feelings of depression, eeriness and a marked sense of silence, deeper than normally experienced." Similarly, Jenny Randles’ book, Time Storms: Amazing Evidence for Time Warps, Space Rifts, and Time Travel firmly demonstrates that whatever we may think we know about the nature of time, in reality we may not even know the half of it.

Secret Labs and Strange Things in the Desert: My Truly Bizarre Email Exchange