Thirty feet underneath most major cities are networks of pipes and cables. Thirty feet underneath New York City are networks of subway tunnels. Workers excavating underneath Montreal, Canada, expect to find both, but now they have something new to watch out for … Ice Age caves. Spelunkers have found huge limestone caverns under the city that were unknown to the 1.75 million people living there. How have they remained hidden for so long? Since this is Montreal, should it be called a cave or a la grotte?

“Underground excavation is the only thing on the planet where there is no scientific, technical or technological means of knowing if there are caverns, and whether they are large or small.”

CBC News reports (with gorgeous pictures) that amateur cavers Daniel Caron and Luc Le Blanc suspected for years that there was something in the soft limestone under their city but had no idea what and had no way of finding out other than by digging. They started in 2014 in a cave they already knew about – the Saint-Léonard cavern underneath Parc Pie-XII north of the city. A year later, they discovered a crack in a wall big enough to fit a camera through and saw the Ice Age cavern for the first time.

This wasn’t just a bear cave or a glorified sewage tunnel … what they could see was described by Le Blanc as "the void beyond." It took until October 2017 to safely drill through the wall and find that it was all that and more. The first section was 10 feet (3 meters) wide and had sheer walls 20 feet (6.1 meters) high with stalactites on the ceiling and stalagmites on the floor. The steep walls needed ropes, ladders and climbing gear for inspecting. Another section contained water deep enough to require an inflatable raft for exploring.

In all, the pair has gone 700 feet (214 meters) into the cave, ignoring for now the branches they’ve seen along the way. They’ve had to stop at the end because the cave floor drops into Montreal’s aquifer.

As the excitement of the find dies down, the work begins on determining how these caves came into being and how they remained a secret. Experts date the caves back 15,000 years to the last Ice Age and say the sheer walls mean that pressure from the weight of the glacier that covered the ground above split the ground below through a process known as glacial tectonism. 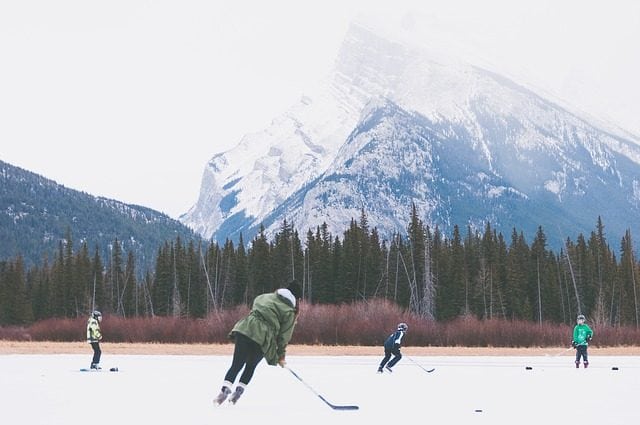 As for how the caves stayed hidden for 15,000 years? This is Canada … there’s so many other things to do besides look for holes in the ground.

Whatever the reason, the caves are beautiful and will eventually be open to the public as soon as the entry points are secured.

The Evil, the Paranormal, and the Flat-Out Insane: The Most Bizarre Nazi Schemes