North Korea’s Rich are Injecting Themselves with Gold

Look out, Peter Thiel. North Korea has found a new miracle cure and it doesn’t require a ready supply of young blood … just a ready supply of something Thiel already has plenty of – gold. The latest news out of Pyongyang that doesn’t involve nuclear tests or world leader name-calling is that the rich elites in North Korea – including their leader, Kim Jong-un – are injecting themselves with liquid gold in the belief that it will prolong their lives by curing virtually everything that ails them.

“The injection cures patients for chronic diseases, as well as obesity and weakness. It is recommended for everyone to take it as it relieves physical fatigue and invigorates oneself.”

How much would you pay for a miracle cure like this? If you guessed $1,268.60 per ounce (the price of gold today) plus the cost of a smelter and some needles, you’re obviously an enterprising but poor do-it-yourselfer who is not a rich elite and knows nothing about medicine. According to The Pyongyang Times (as translated by The Sun), these people are injecting nano-gold polysaccharide, a substance invented by North Korean scientists using nanoscale gold particles mixed with polyvinyl pyrrolidone, sodium citrate, mushroom-poly saccharide and chloroauric acid. Fill a syringe with the recommended dose, inject it in the proper location and start to feel more invigorated than you would if you were just rich and powerful. 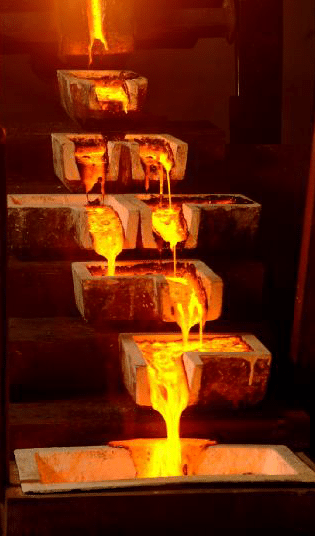 Actually, there’s some medical science behind this. Sodium aurothiomalate is a gold salt sold under the brand name Myocrisin as a proven anti-rheumatic drug. And a shot (or three) of Goldschläger will definitely make you forget your ailments, although it won’t do much to cure your alcohol addiction.

In a display of generosity and love for their fellow man (and his money), the Korea Myohyang Trading Corporation, makers of the nano-gold polysaccharide injections, has permission to sell it around the world and is packaging boxes of vials with instructions in English, Chinese and Russian. If you can’t afford someone to translate Korean for you, you can’t afford the injections.

It appears that, in addition to keeping North Korea’s rich and powerful young and vigorous, this is a ploy to convince the world that the country is a leader in new medicines for cancer and other chronic diseases. There’s no indication the nano-gold injections have been subjected to tests that meet Western standards, or any standards at all for that matter.

Do nano-gold injections work? Does Kim Jong-un look healthy and thin? Then again, who’s going to tell him otherwise?

Should you cash in some bitcoins and buy a box of nano-gold injections? Yes to the first part, no to the second. Have some Goldschläger and kimchi instead and you’ll feel better fast.