Back in May 2016, I wrote an article here at Mysterious Universe titled "Beware of the Wulver." it began as follows: "In her 1932 book, Shetland Traditional Lore, the noted folklorist Jessie Margaret Saxby, wrote: 'The Wulver was a creature like a man with a wolf’s head. He had short brown hair all over him. His home was a cave dug out of the side of a steep knowe, half-way up a hill. He didn’t molest folk if folk didn’t molest him. He was fond of fishing, and had a small rock in the deep water which is known to this day as the Wulver’s Stane. There he would sit fishing sillaks and piltaks for hour after hour. He was reported to have frequently left a few fish on the window-sill of some poor body.' Unlike the traditional werewolf, the Scottish Wulver was not a shape-shifter. Its semi-human, semi-wolf appearance was natural and unchanging."

While most of the stories of the Wulver date back to the 19th century and earlier, there are a number of intriguing reports on record which suggest that the Wulver may have roamed the wilds of Scotland well into the 20th century. For example, early one morning in the winter of 1952, said June Shelley, she saw a large humanoid figure with the head of a wolf at Loch Morar, Scotland. It's worth noting that Loch Morar has a longstanding lake-monster legend attached to it. The Nessie-like beast is known as Morar and has been the subject of more than a few investigations. You can learn more about the loch's resident lake-monster in Elizabeth Montgomery Campbell's book, The Search For Morag. 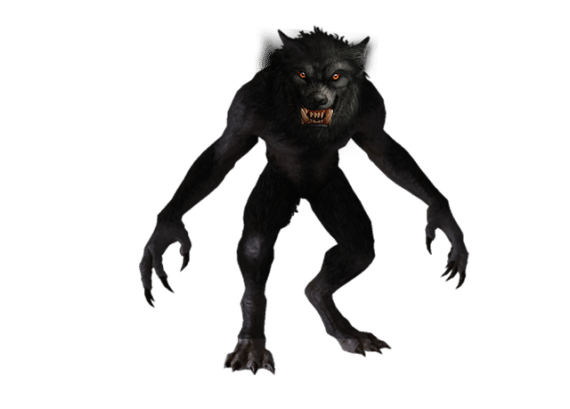 According to Shelley, she was at Loch Morag with her fiancé, Malcolm, as the pair was visiting friends not too far away, and had decided to take a trip to the loch to pass a few hours. As Shelley told me, she wished she had never set eyes on the remote loch.

Shelley further added that when she first saw the beast, it was at the edge of the loch, seemingly "lapping-up the water." As Shelley moved closer, to "get a better look," however, the creature reared up to a standing position, swung its head around and stared intently her direction. "It gave me a big fright," she said, with understandable justification, adding: "It was a horrible look; evil and big pointed ears. And it was so tall: about seven-feet."

For no more than a few seconds both woman and Wulver locked eyes on each other, before something truly startling happened, as Shelley explains: "It was standing upright; but when it went to run away it went down on all-fours like a dog and raced off up the hills." Shelley never saw the animal again. But this was not the only occasion upon which Scotland has allegedly had what may very well have been a real-life Wulver in its midst: a similar event occurred in 1967 – again, interestingly, during the winter months. 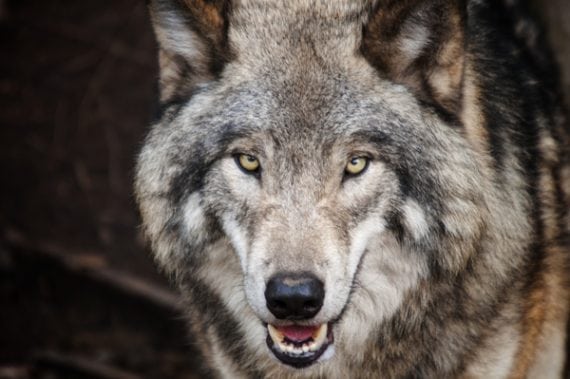 In this case, the location was the Scottish town of Oban, and the witness was a postman, Neil Goodman, driving to work in the early hours of the morning. As he headed along the moonlit road in question, Goodman was shocked to the core to see coming in the opposite direction, a tall, man-like figure with wolf-like features. Not only that: it was hurtling along the road at breakneck speed. "It was there one second and it had raced by in the next," said Goodman.

Wulver? Werewolf? Something supernatural? I have no real idea at all. Except to say that there is a solid history of such creatures seen in various parts of Scotland.

Mystery Crater and Broken Windshields on Canadian Highways May Be Meteorites