Psychologists Say Humans and ETs Will Get Along Just Fine

Stephen Hawking doesn’t want humans calling out to extraterrestrials because they may follow the signal and visit us. What is he afraid of? Whatever it is, a new study found that he’s in a small minority of people who fear our first (or perhaps next) contact with alien life forms. Based on how humans have reacted to stunning news in the past that seemed at the time to reveal that we’re not alone in the universe, the study suggests we’ll welcome them with open arms and shake however many hands or appendages they have. 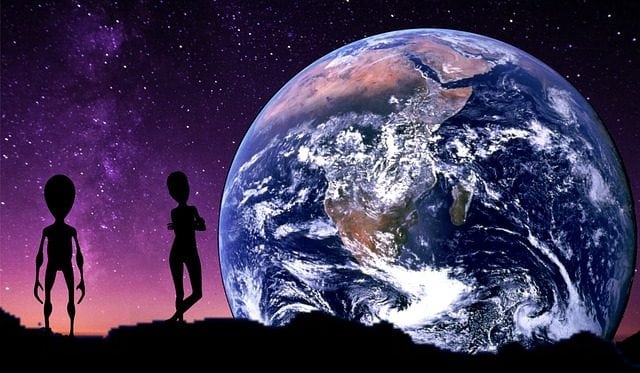 Arizona State University (go Sun Devils!) is the center for this research where psychologist Michael Varnum asked the question, “How Will (Do) We React to the Discovery of Extraterrestrial Life?” and answered it in a new study with the same name. He and his co-authors conducted three interesting experiments. In the first, they looked at how the media has covered ET-ish stories in the past. They took five past possible encounter events (1967 discovery of pulsars, 1977 Wow! signal, 1996 finding of fossilized microbes on Martian meteorite on Earth, 2015 dimming of Tabby’s star, 2017 discovery of exoplanets in habitable zones), collected 15 news stories on the events by the New York Times, the Wall Street Journal and other leading sources, and fed them into a program that counted positive and negative words (you need a program to do this?). The Washington Post reported Varnum’s finding:

“The reaction seemed to be much more positive than negative.”

While Varnum sounds excited, skeptics say that most people tend to use more positive than negative words in general. (Have these skeptics ever read online comments?) The researchers next gave 500 people a fictional announcement that alien microorganisms had been discovered. Like the media, the people reacted with positive words but, when asked how the rest of the country might react, said that ‘those people’ would be less receptive. Varnum is obviously someone who reads online comments because he gave this reason for that response:

“Most Americans tend to think, on any desirable trait or ability, that they're better than the average person.”

Finally, a group was told the story about the Martian microbes on the meteorite (since determined to most likely be mineral deposits) as if it just happened. Like the other test subjects, they reacted positively.

What is the fly in the ointment here? It’s the fact that the ET stories were about aliens smaller than flies … microbes, not walking, talking big-headed aliens in spaceships. How would Americans react to human-sized aliens – especially before knowing their intentions? Varnum points out that Americans see things as “all good or all bad” but not both. He’d like to conduct the same tests on other cultures for comparison, as he believes the Chinese, for example, would see both positive and negative aspects of an alien encounter.

For know, it looks like Americans will welcome any ETs and get along with them … as long as they have the option of stepping on them.