Release of UFO Footage and Report on Pentagon UFO Funding

Which news is bigger: Tom deLonge’s To The Stars Academy (TTSA) releasing what it calls “The first official UAP footage ever released by the USG” or The New York Times and Politico both releasing reports revealing a secret multi-million-dollar Pentagon program set up 10 years ago by a leading senator to look into unidentified flying objects or unidentified aerial phenomena? How about the news that both happened on the same day? Circle the date – this could be a big one.

“Presented here is the first official evidence released by the US government that can be rightfully designated as credible, authentic confirmation that unidentified aerial phenomena (UAP) are real.”

That’s how TTSA announced not one but three videos of US military planes encountering unidentified aerial phenomenon. (The first two videos can be seen here). The so-called GIMBAL video was captured by a US Navy F/A-18 Super Hornet using the Raytheon AN/ASQ-228 Advanced Targeting Forward-Looking Infrared (ATFLIR) pod and includes commentary of the pilots being amazed by what they’re seeing and trying to determine what it is. The so-called 2004 Nimitz FLIR1 video is described as “the only official footage captured by a US Navy F/A-18 Super Hornet present at the 2004 Nimitz incident off the coast of San Diego.” Both videos come with detailed commentary and additional data. 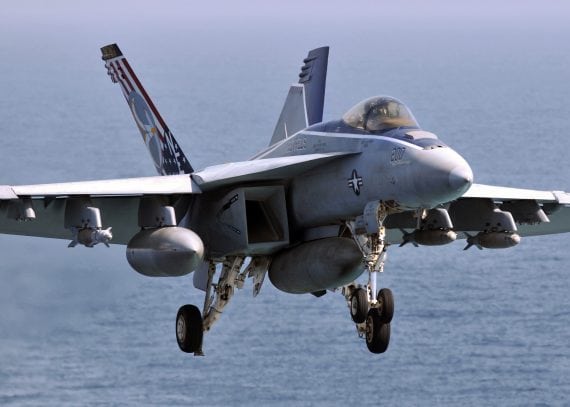 At the same time, The New York Times and Politico reported that now-retired Senator Harry Reid, D-Nev, helped the Pentagon establish The Advanced Aviation Threat Identification Program, a non-classified yet extremely secret program that received its appropriation (i.e. taxpayer money which ultimately totaled $20 million) in 2007 to research UAPs/UFOs encountered by pilots out of concern (at least publicly) that they may be secret aircraft being tested by China or Russia.

“I’m not embarrassed or ashamed or sorry I got this thing going. I think it’s one of the good things I did in my congressional service. I’ve done something that no one has done before.”

Harry Reid told this to the Times, which also confirmed that former military intelligence official Luis Elizondo was responsible for overseeing the program until 2012, when the funding ran out. and that while its congressional funding dried up in 2012, somehow the program is still active with the CIA and the Navy. Meanwhile, Politico said what everyone has been thinking:

“The revelation of the program could give a credibility boost to UFO theorists, who have long pointed to public accounts by military pilots and others describing phenomena that defy obvious explanation, and could fuel demands for increased transparency about the scope and findings of the Pentagon effort, which focused some of its inquiries into sci-fi sounding concepts like "wormholes" and "warp drives."”

Is the released of the videos by the To The Stars Academy related to The Advanced Aviation Threat Identification Program? Well, Luis Elizondo resigned from the program to become one of the principles of TTSA. Does this vindicate Tom deLonge, who has been accused of not coming through on his big promises of big revelations? That remains to be seen.

Whatever the case, December 16, 2017, could some day be remembered as the start of government UFO disclosure.

Kendrick Lamar Wants You to Believe His UFO and Abduction Experience