For years, there have been investigations by scientists into what causes certain "humming" or "ringing" that can be heard, felt, or measured in various parts of the world. Often barely perceptible, such humming noises have become popularly associated with a number of locations, such as the town of Taos, New Mexico. The cause of these sounds, however, remains a matter of dispute by scientists.

Additionally, their mysterious nature has led to a number of imaginative theories about their origin, which range from ideas about clandestine underground bases to secret drilling operations carried out by world governments. There are, however, more likely explanations for the varieties of strange sounds that are reported, which have more to do with little-understood natural phenomena.

With the onset of the winter months in North America (and hence, the arrival of "Mystery Boom" season), there has been some discussion of Earth's mysterious humming as of late. For instance, a recent item in Central Oregon's The Bulletin reported on the phenomenon, under the headline, "Scientists unlocking mystery of the hum of Earth." 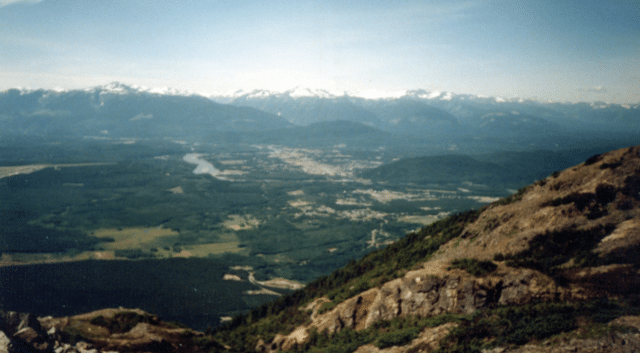 According to the Bulletin article:

“The Earth is ringing like a bell all the time,” said Spahr Webb, a seismologist at Columbia University.

The hum is everywhere. Its ultralow frequencies have been recorded in Antarctica and Algeria, and — as announced this week by the American Geophysical Union — on the floor of the Indian Ocean.

We don’t know what causes it. Some have theorized that it’s the echo of colliding ocean waves, or the movements of the atmosphere, or vibrations born of sea and sky alike.

In fact, there are probably a variety of factors that contribute to the mysterious “hum” of the Earth. A number of unusual phenomena have been reported over the years, which include sub-audible “hums” like those discussed in the news recently, to fairly audible (and often eerie) sounds which appear to emanate from within the Earth. Among these are noises which have been compared to sounding like “pipe organs” or horns, produced by rock and ice formations. In one well-documented series of reports of such phenomenon, published in the Edinburgh Philosophical Journal in 1819 by M. von Humboldt, organ-like sounds were reported emanating from rock formations appearing along the banks of the Orinoco river.

Another instance of similar “Earth hums” in nature involved a sound that was recorded in Greenland on a number of instances. Dubbed “Ton der Dove-Bai”, it was first reported in August 1932 by a French Expedition exploring the Scoresby Sound. This sound, according to the French report, resembled a massive foghorn, and while the report was the first official record of the sound, it had been reported eight times by an earlier expedition group, who reported hearing the sound in five different locations in Greenland. These reports occurred both during the day and after the polar nightfall. The likely cause of the noise had been ice sheets shifting with gradual changes in the temperature.

With regard to the recent discussion of ocean waves contributing to the Earth’s “hum,” it is worth noting that a study featured in Geophysical Research Letters back in the Spring of 2015 discussed this phenomenon, classifying it as a kind of microseismic activity caused by ocean waves. The study suggested that “movement of deep waves across ridges and other geological formations along the ocean floor” might produce the hum-like effect, which is perceptible in certain parts of the world.

Additionally, as far back as 1998 data from a gravimeter located in East Antarctica indicated that certain unusual vibrations produced by the Earth essentially continue indefinitely. This may also be suggestive of the phenomenon having an origin with deep ocean waves.

Whatever the true causes of Earth's hum may be, science is beginning to close in on the phenomenon, and thus, a more clear understanding of our planet's mechanics takes shape over time. For now, those interested in different varieties of mysterious sounds that occur in nature can visit this link, which provides an overview of the phenomenon, and discusses a number of them in depth.