For how many minutes can you hold your breath while underwater? No matter how good you are, it’s a finite number that ends in choking or worse … unless you’re a dog in a Russian lab where scientists recently demonstrated what they claim is liquid breathing – the ability for a non-fish (in this case, a dog) to breath while immersed completely in a liquid. This could make divers and space travelers happy, but if you’re a dog lover or PETA member, you may want to skip the demonstration video.

If you’ve never heard of it, liquid breathing is where an air-breathing organism or being instead breathes an oxygen-rich liquid such as a perfluorocarbon, which is made up of only carbon and fluorine atoms. In most situations where it’s been tried, the thicker-than-water liquid must be pumped into and removed from the lungs by a machine.

The benefits of perfecting liquid breathing are great when it comes to diving, space travel and medicine. When divers or people escaping from a submarine rise to the surface too quickly, they get decompression sickness or the bends, which can be fatal. Filling a diver’s lungs with a breathable liquid or making a suit filled with it would balance the pressure and eliminate the chance for the buildup of nitrogen that causes the bends. In a similar way, placing a space traveler in a container of breathable liquid would protect against the pressure of g-forces. In medicine, doctors have seen the benefits of total immersion for premature babies or for cooling the body to slow metabolism.

Of course, that’s what Russia’s Deputy Prime Minister Dmitry Rogozin was bragging about when he took Alexander Vucic, the President of Serbia, into a lab for a demonstration of a new tank and liquid for the process. A news video showed what looked at first like a cruel torture -- they watched as lab staff picked up the dog (a dachshund), dumped it upside down into the liquid-filled tank and closed the lid. After some brief movement, the dog calmed down and looked around. The video was edited so it wasn’t clear how long the dog stayed in the tank, but when it was removed, it seemed calm as it was wiped off and petted. (Video can be viewed here. Remember, I warned you.)

According to Russia News Today, the tank and liquid were developed by the Russian Foundation for Advanced Research Projects in the Defense Industry, which was opened in 2012 to develop projects that can “ensure Russian superiority in defense technology.” Liquid breathing could obviously be beneficial in submarines and for the medical treatment of severely wounded soldiers.

Is there another, possibly more sinister or war-oriented, reason for the demonstration? Climate change? Why was it shown to the leader of land-locked Serbia? Is it already tested for human use? Is Russia getting ready to use it for space travel beyond the ISS or the moon?

Why do Russians seem to hate dachshunds? 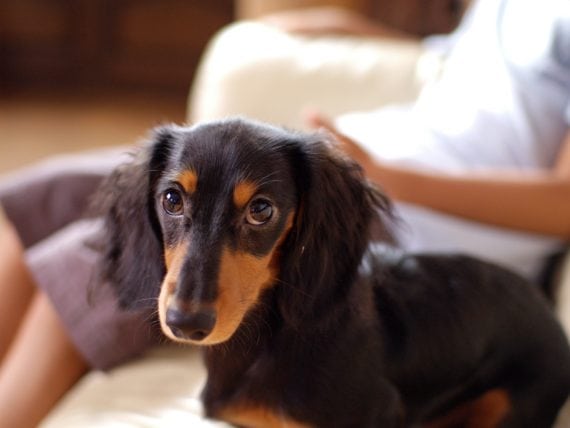 The Multiple Mysteries of Rendlesham Forest