This is why we can’t have nice things … or at least nice conferences about creating robot-human hybrid babies. The Third International Congress in Love and Sex with Robots featuring a lecture by a scientist who believes we’re just decades away from robot-human hybrids was shut down at Goldsmith University in London and moved to a secret location after reports that Muslim terrorists were planning to attack it because:

"Robot sex is against the Muslim religion, it's equated to homosexuality."

Well, it’s probably against a few other religions but that’s what Adrian David Cheok, co-founder of the conference and computer scientist, told the Daily Star Online. Malaysian police warned him they had picked up signs the event was in danger. The conference was held at Goldsmith without incident last year when a woman named Lilly (no last name given) announced she was a “proud robo-sexual” in love with a robot she made herself, using a 3D printer, that she planned to marry.

That didn’t seem to bother the terrorists as much as this year’s lecture by Dr, David Levy, the author of Love and Sex with Robots, who states that he believes “it is possible” for humans and robots to have babies given “recent progress in stem cell research and artificial chromosomes” and that possibility will become reality in less than a century. 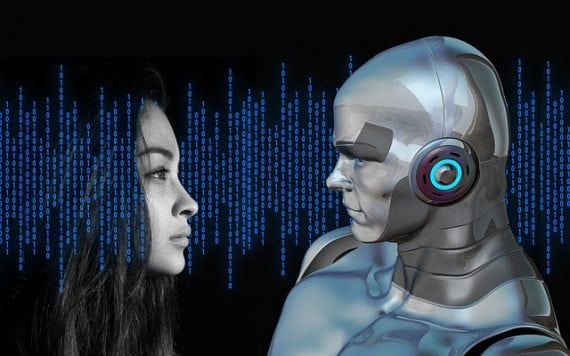 According the Levy, the key is a process, known as tissue nano transfection (TNT) that allows the genetic code of a robot to be merged with human genetic code and downloaded into a nanotechnology-based chip that will inject the combined genetic codes into skin cells. It sounds like a great movie plot but the film will have to be a documentary because Levy says researchers at Ohio State University have already developed the chip. (Is this why the OSU football team’s linemen seem to execute their plays robotically?)

So the actual creation of robot-human hybrid babies doesn’t involve sex with robots – just the technology to implant robot genetic code into an embryo carried by a surrogate mother. That’s not a reason for terrorist attacks, is it?

"Police in Malaysia got in touch with us ahead of the conference. We have a very good relationship with them after out conference got banned from the country in 2015.”

Cheok hints that the threat may be related to the 2015 conference, which was scheduled to be held in Malaysia, where Islam is the majority religion, but was cancelled when the Chief of Police in Kuala Lumpur decided that the Love and Sex with Robots idea was immoral and announced that he would throw the organizers in jail if it was held. Cheok thinks “students” in the UK were responsible for the threats and that puzzled him.

"London is totally for free speech so it's surprising. I think the way to combat those attitudes is being more open."

“Good luck with that,” said everyone in the U.S.

Conference or not, the sex robot business is booming (or maybe boom-booming), robot chromosomes have been created and a chip to implant them in humans has been developed. Sorry, terrorists, this human-robotic hybrid cat is out of the bag.

Scientists Uncover More Evidence That Life May Have Began in Space