The MJ12 Documents: The Government’s Position

It has been thirty years since the original, so-called "MJ12 documents" surfaced. In 1987, Timothy Good's bestselling book Above Top Secret was published. One of the most-talked-about aspects of Good’s book was the mention of a supposed top secret research and development group established in 1947 to deal with highly classified UFO data. Referred to as either Majestic 12 or MJ12, it was said to have been created in the wake of the notorious events at Roswell, New Mexico in July 1947. It was said to have been comprised of military personnel, scientists, and the elite of the U.S. Intelligence community. Not only that: Good published copies of what were said to be leaked MJ12 documents that told of (a) the establishment of the group; (b) the apparent crash of a UFO, complete with alien bodies, at Roswell; and (c) a briefing given in 1952 on the matter to President Dwight D. Eisenhower.

Shortly after Good’s publication of the documents, additional copies surfaced in the United States. They came from the then research team of well-known ufologist Stanton Friedman, William Moore (the co-author, with Charles Berlitz, of the 1980 book The Roswell Incident) and Jaime Shandera (a television producer). Moore had been working quietly with a number of intelligence insiders who had contacted him shortly after publication of The Roswell Incident. From time to time various official-looking papers were passed onto Moore, the implication being that someone in the U.S. Government, military or Intelligence Community wished to make available information on UFOs that would otherwise have remained forever outside of the public domain. 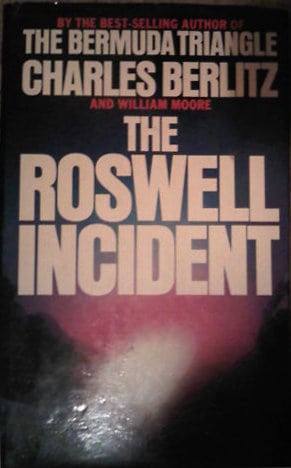 It was as a result of Moore’s insider dealings that a roll of film negatives displaying the MJ12 documents was delivered in the mail to the home of Shandera in December 1984. Moore, Friedman and Shandera worked carefully and quietly for two and a half years in an attempt to determine the authenticity of the documents. With Timothy Good's release, however, it was decided that the best course of action was to follow suit. As a result, a controversy was created that still continues to this day. At least, it continues to a small degree. Most people in Ufology have moved on from the MJ12 documents. But, they still occasionally cause a brief raising of eyebrows, such as when the latest batch surfaced earlier this year. Who remembers them now? I try not to.

Jacques Vallee, UFO author, investigator, and former principal investigator on Department of Defense computer networking projects-stated in his book Revelations that the FBI turned away from the MJ12 documents in "disgust" and professed no interest in the matter. Papers and comments made to me by the FBI and the Air Force Office of Special Investigations, however, reflect a somewhat different scenario. It was in 1988 that the FBI's investigation began - after the late UFO skeptic/debunker Philip Klass contacted the FBI and told them all about the supposedly leaked, highly-classified documents and who had put them in the public domain. 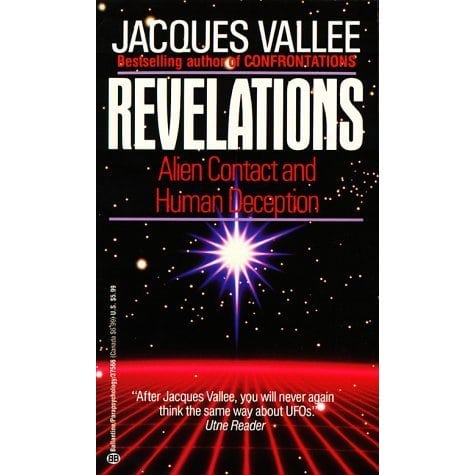 We also know - thanks to the provisions of the Freedom of Information Act - that what was possibly a separate autumn 1988 investigation was conducted by the FBI’s Foreign Counter-Intelligence division (operating out of Washington and New York). Some input into the investigation also came from the FBI office in Dallas, Texas - the involvement of the latter confirmed to me by the Dallas office in the early 1990s.

On September 15, 1988, an agent of the Air Force Office of Special Investigations contacted Dallas FBI and supplied the Bureau with a copy of the original MJ12 papers. This set of the papers was obtained from a source whose identity, according to documentation released to me by the Bureau, AFOSI has deemed must remain withheld. As a result, on October 25, 1988, the Dallas office transmitted a two-page Secret Airtel to headquarters that read as follows:

"Enclosed for the Bureau is an envelope which contains a possible classified document. Dallas notes that within the last six weeks, there has been local publicity regarding 'OPERATION MAJESTIC-12' with at least two appearances on a local radio talk show, discussing the MAJESTIC-12 OPERATION, the individuals involved, and the Government's attempt to keep it all secret. It is unknown if this is all part of a publicity campaign. [Censored] from OSI, advises that 'OPERATION BLUE BOOK,' mentioned in the document on page 4 did exist. Dallas realizes that the purported document is over 35 years old, but does not know if it has been properly declassified. The Bureau is requested to discern if the document is still classified. Dallas will hold any investigation in abeyance until further direction from FBIHQ."

Partly as a result of the actions of the Dallas FBI Office, and partly as a result of the investigation undertaken by the FBI's Foreign Counter-Intelligence people, on November 30, 1988 an arranged meeting took place in Washington D.C. between agents of the Bureau and those of AFOSI. If the AFOSI had information on MJ12, said the Bureau, they would very much like to know. A Secret communication back to the Dallas office from Washington on December 2, 1988 read: "This communication is classified Secret in its entirety. Reference Dallas Airtel dated October 25 1988. Reference Airtel requested that FBIHQ determine if the document enclosed by referenced Airtel was classified or not. The Office of Special Investigations, US Air Force, advised on November 30, 1988, that the document was fabricated. Copies of that document have been distributed to various parts of the United States. The document is completely bogus. Dallas is to close captioned investigation."

At first glance, that would seem to lay matters to rest, once and for all. Unfortunately, it does not; at least, not quite. The FBI was assured by AFOSI that the MJ12 papers were fabricated. The Chief of the Information Release Division at the Investigative Operations Center with the USAF, admitted to me on April 30, 1993 that AFOSI was not maintaining (nor ever had maintained) any records pertaining to either MJ12, or any investigation thereof. This begs an important question. How was AFOSI able to determine that the papers were faked if no investigation on their part was undertaken? I was also advised that while AFOSI did "discuss" the MJ12 documents with the FBI, they made absolutely no written reference to that meeting in any shape or form whatsoever. This is indeed most odd: government and military agencies are methodical when it comes to documenting possible breaches of security.

The Deputy for Security and Investigative Programs with the U.S. Air Force advised me similarly on October 12, 1993: "The Air Force considers the MJ12 (both the group described and the purported documents) to be bogus." He, too, conceded, however, that there were "no documents responsive" to my request for Air Force files on how just such a determination was reached. Moreover, there is the fact that AFOSI informed the FBI that, "copies of that document have been distributed to various parts of the United States." To make such a statement AFOSI simply must have conducted some form of investigation or have been in receipt of data from yet another agency. So, there are a few issues that still require answers. Today, however, the FBI's investigations into MJ12 are in "closed status." While I agree with the Air Force that the documents are bogus, I would still very much like to see how the determination was made. Was it just an opinion based on the unlikely nature and content of the documents? Very possibly, yes - and which is both understandable and reasonable.

On a final note, I have heard rumors that the FBI got involved again in the 1990s, when Timothy Cooper surfaced with literally hundreds of pages of questionable MJ12-related papers. But, rumors do not amount to evidence or facts. As for the latest MJ12 papers, I have heard nothing about agencies taking an interest in them. Time, methinks, for the rotted corpse to be laid to rest, once and for all.