The Shadow Man – A Movie Reviewed

If you're intrigued by such phenomena as the Shadow People, the Hat Man, the Men in Black, and a variety of other supernatural, humanoid entities which torment the human race, then you won't want to miss a recent movie called The Shadow Man. You can also find it under the title of The Man in the Shadows. I watched it just a few nights ago. And I'm glad I did. At first glance, and seeing that The Shadow Man didn't have a bunch of really well-known actors on-board, I suspected that what I was about to watch was one of those awful, cheap sci-fi/horror movies which pop up regularly on the you-know-which channels. But, I was wrong. The Shadow Man is very good indeed and well worth watching.

The blurb for the movie reads as follows: "Based on the experiences of the screenwriter and millions of people around the world, a newlywed photographer is stalked by a dark man in a brimmed hat who follows her from her nightmares and into reality. Sanity slipping, she meets a mysterious man claiming to know the shocking secrets of the Hat Man. It can happen to anyone. It can happen to you."

The movie stars Sarah Jurgens (who has appeared in iZombie, Beauty and the Beast, and Lost Girl) and Nick Baillie (Warehouse 13 and The Dead Zone), as a married couple, Rachel and Scott Darwin. Their marriage isn't in a great state, chiefly because of a brief affair that Scott had. He thinks that it's time for Rachel to put it all behind her and he wants them to have a kid. Rachel is, understandably, finding it difficult to reignite that closeness they once had. 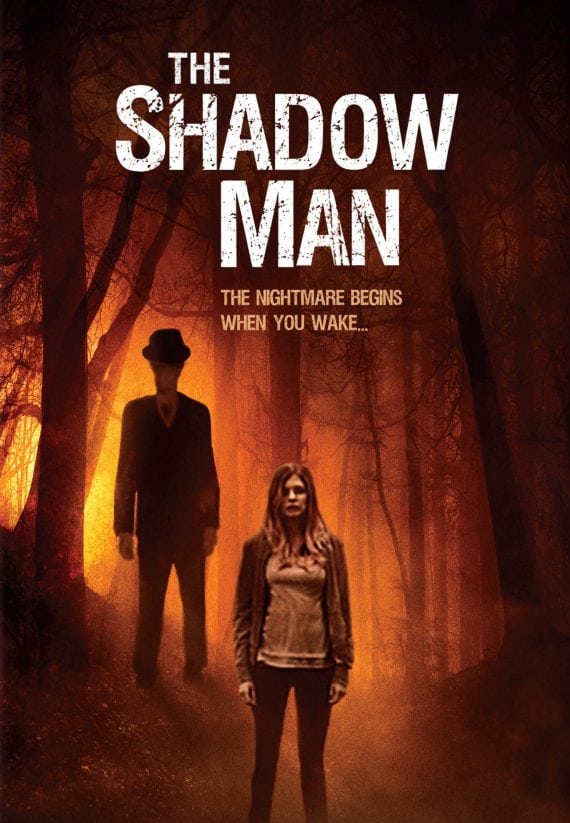 If that was not enough, Rachel is having graphic dreams and terrifying nightmares of a silhouetted, dark figure wearing a hat - the creepy creature of the movie's title. But, Rachel is sure that those dreams are far more than they appear to be. She believes that the supernatural thing in the hat exists outside of her nightmares too. Scott, meanwhile, does some online research and is convinced that Rachel is suffering from sleep-paralysis. They argue and, in the process, they become more and more distant from one another.

Rachel decides to engage in a bit of group-therapy. In doing so, she meets a troubled man named William, who is played by actor Adam Tomlinson (Scare Tactics and Gotham). At first, Rachel is wary of William - who, admittedly, is a bit unhinged and paranoid. That all changes, however, when it becomes clear to Rachel that William knows not just a few things about the Shadow Man, but a great deal about him. As a result, a curious bond quickly develops between the two, as encounters with the Shadow Man continue - something which plunges Rachel into a greater state of fear, and while Scott becomes evermore distanced from his wife.

I won't, of course, reveal how the movie ends. But, what I will say is that (A) a lot of background research clearly went into the making of the movie (in terms of giving the viewer a good, solid understanding of what the Shadow Man is said to be); (B) the acting is good, and not at all amateurish; (C) the characters come across as believable; and (D) instead of relying on endless buckets of faked blood (although there is some!) the production team mainly focuses on generating a solid and sinister atmosphere, which is achieved by good, imaginative camera-work.

This is not a slasher movie (but, it does have its moments...). Rather, it's a well-thought-out production that will entertain fans of moody horror-films. And, those who have had the misfortune to encounter the Shadow People in the real world will likely be well satisfied by the way in which the subject is treated. A good one to watch late at night, in the shadows...