Do college students need an excuse to stare out of a window for nine hours? Usually not, but many attending the Chinese Culture University in Taipei had a good reason to gaze into space for nearly nine hours last week and see aq world record set in the process. No, it wasn’t the record for nonstop daydreaming but for the world’s longest-lasting rainbow.

Classes stopped for eight hours and 58 minutes on November 30th as the sun rose over the misty sky on the Yangmingshan mountain range where the school is located and the rainbow appeared at 6:57 a.m. If you’re wondering what college students are actually awake at 6:57 a.m., the start of the rainbow was witnessed by Professors Chou Kun-hsuan and Liu Ching-huang of the school’s Department of Atmospheric Science. These guys are actual rainbow experts who get paid to track and record their behavior (nice work if you can get it, although the pay is far less that the proverbial rainbow-related pot of gold) and, according to the Taiwan News (photographs of the rainbow here), had been spending the week watching for rainbows in order to prove their theory that they descend in the sky seven degrees every 30 minutes.

Three days earlier, on November 27th, they had witnessed a six hour rainbow and they knew the conditions were right for more because a monsoon from the northeast was trapping slow-moving moist air that only partially covered the sky, leaving the rest open for rainbows. On the 30th, they actually saw four rainbows but only one had record staying power.

Students at the Chinese Culture University must have needed a break because, once they heard about the possible record, they came out in full force to watch the rainbow, check the clock and take pictures. It’s estimated that students in the Department of Atmospheric Science alone took 10,000 pictures (sounds like these kids need to pull their noses out of their books and get out more).

If the students needed more motivation to stare into space for hours, that came when someone found out that the world record for the longest-lasting rainbow was set in Yorkshire, England, on March 14, 1994, when one stayed visible for six hours. That time was surpassed during the noon hour, killing the lunchtime traffic in the cafeteria, but the students went hungry until 3:55 pm when the record-breaking bow finally bowed out. Being typical college students, they probably stuck around for a few more minutes recording themselves shouting “C-C-U! C-C-U!” to send to their counterparts at the University of York.

Will the world rainbow record help CCU in recruiting? Probably not. However, Professor Chou hopes it will help tourism in Taipei. He sounds like someone planning to sell a lot of t-shirts and mugs with his rainbow pictures on them. 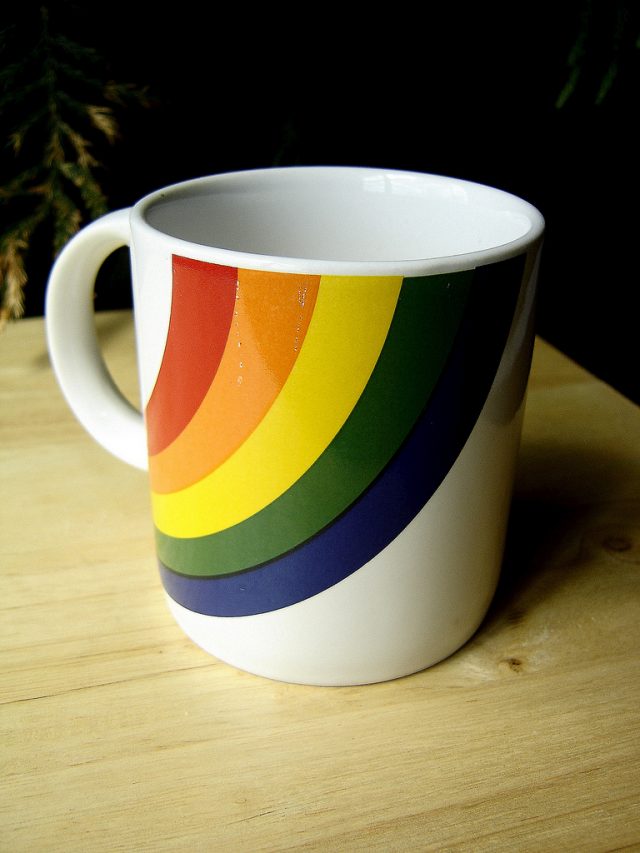