A Monster That Haunts The Roads

Around 1910 a distinctly strange and macabre saga began on what, today, is the B3212 road, in the vicinity of the English villages of Postbridge and Two Bridges. Both locales are situated amid the 368 square-mile mass of sprawling, mysterious Devon moorland known famously as Dartmoor. It was the foggy and boggy setting for Arthur Conan Doyle’s classic Sherlock Holmes novel, The Hound of the Baskervilles. In a highly disturbing fashion a monstrous and unidentified force has, time and again, violently lashed out at unwary drivers passing through Postbridge and Two Bridges. In one case, it reportedly even resulted in a tragic death for an unfortunate road-user. It has become known as the phenomenon of the "Hairy hands." It's a subject that I have previously written about here at Mysterious Universe (see this link). There is a reason why I bring this up.

The diabolical Hairy Hands of Devon have returned to terrorize the people of the little villages and hamlets that, practically unchanged for centuries, still adorn Dartmoor. Michael Anthony worked, at the time, for a supplier of photo-copying machines in Britain, and spent a lot of time traveling the length and breadth of the country meeting clients and promoting – and hopefully selling and/or leasing - his company’s products. Late on the night of January 16, 2008, Anthony was driving along the B3212 road when he had a terrifying encounter with the unknown. It was an encounter that easily paralleled the many and varied reports of the Hairy Hands that surfaced way back in the 1910s and 1920s. 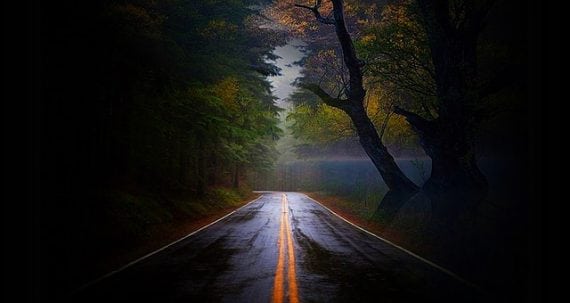 According to Anthony, it was around 11.00 p.m., and he had been visiting a customer in Postbridge. The evening had gone very well, a deal had been struck, contracts had been signed and exchanged, and a pleased and satisfied Anthony was now homeward bound to the city of Bristol. It turned out to be a journey that he would never, ever likely forget.

Anthony had barely left Postbridge, when his skin began to feel distinctly cold and clammy, and a sense of dread and fear completely enveloped him. And the fact that there seemed to be no logical reason for this only heightened Anthony’s fear and concern. After all, he was merely making a leisurely, late-night drive home – something that usually cheered him after spending several days on the road and away from his wife and two young daughters. It would not take long before he found out what lay at the heart of this strange and sinister affair, however.

Like so many people before him, Anthony was about to have a dark, and very close, encounter with a pair of hands of the very hairy variety. He explained further that perhaps two minutes after the atmosphere in his car became oppressive, fear-filled, and even somewhat malevolent, he felt his hands begin to "go numb." He added: "I actually thought I was having a stroke." Fortunately, it was no stroke. In some ways, however, it was far worse. 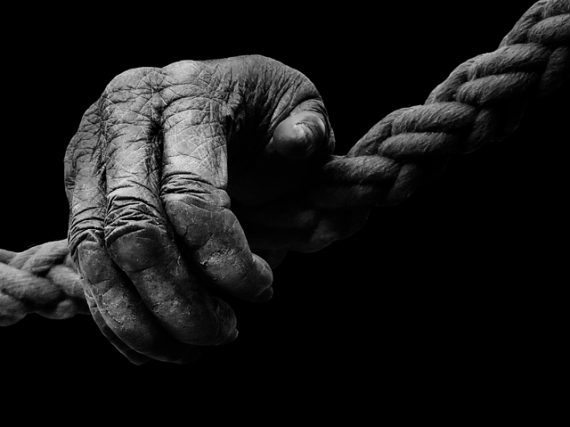 Anthony could only look on in both complete horror and disbelief as, just as had been the case so many decades earlier, a very large pair of hair-covered hands, or "paws," as he intriguingly described them, encased his own hands, and then suddenly attempted to forcibly steer the car towards the edge of the road and skidded onto the cold, moonlit moors. To his credit, Anthony struggled valiantly with the wheel and, on three occasions, fought off the actions of the spectral, hairy intruder in his midst.

Interestingly, after the third attempt, said Anthony, the hands simply vanished into thin air, amid a brief flash of light. The shaken driver floored the accelerator and did not stop until he reached one of the service stations on the M5 motorway. The mysterious hairy intruder, it seems, had struck once again. Fortunately, however, on this occasion it did not succeed in achieving its deadly goal.