A Study of the Mysterious Creatures of China

We're only one month into 2018, but it's possible that we have already seen the publication of the best Cryptozoology-based book of the year. Its author is David C. Xu and the title is Mystery Creatures of China: The Complete Cryptozoological Guide. Running at almost 300 pages, the book makes for an excellent read, whether you are new to the world of unknown animals or someone who has had a lifelong interest in the subject. Before I get to the contents of the book, there is the far from insignificant issue of the production and layout. The cover image is excellent and gets right to the heart of the matter: namely, the unknown animals of China, whether Bigfoot-like, weird winged things, large cats, and much more. Not only that, the book is filled with dozens of color photos and lavish artwork (much of that in color too). 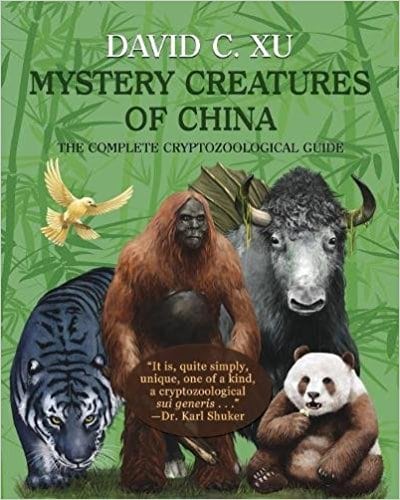 In his foreword, Dr. Karl Shuker says: "David Xu must be very heartily congratulated, because has prepared a truly exemplary work of cryptozoological scholarship and erudition, one that in my opinion can stand alongside any of the greatest works on mystery beasts ever published..."

Yes, this book really is that good. As for the author himself, Xu was born in Beijing, China in 1977 and holds an M.A. degree in media and globalization from Nottinghamn Trent University, in the U.K. As for his interest in the subject of unknown animals, it dates back to his early childhood. All of which brings us to the matter of the contents of Mystery Creatures of China. 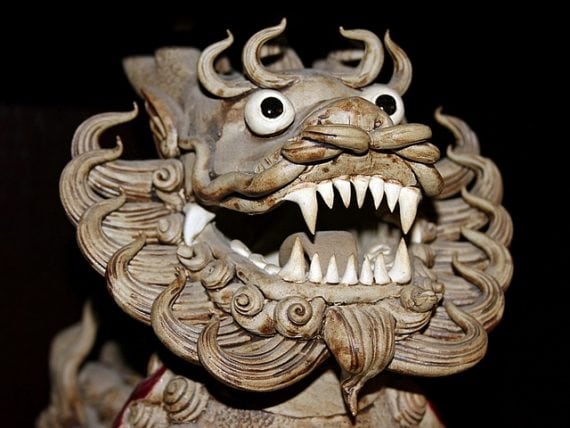 Since the book is filled with accounts of literally dozens and dozens of unidentified animals, Xu wisely avoids presenting them all in alphabetical order. After all, seeing the book jump from ape-man to lake-monster, to something akin to the Mothman, and then back again, etc., would make the book somewhat disjointed. Instead, Xu splits the book into six specific sections. Those six sections deal with cryptids of the aquatic, humanoid, carnivorous, herbivorous, reptilian, and winged varieties.

We'll begin with those aquatic beasts. We are, of course, chiefly talking about lake monsters. Now, while it's not at all difficult to find stories on the Net of strange, and unknown water-based beasts in China, what makes Xu's book so impressive is that he devotes more than sixty pages of the book to this topic alone. I knew of some of the cases/creatures, but I was amazed to see just how many lake-monster-themed accounts there are in China, and the extent to which such reports exist. Much space is given to the beasts of Lake Tianchi. The reports are many, leading Xu to suggest that the creatures may be surviving population of a presumed-extinct creature, Allodesmus, a pinniped from the Miocene period. Other theories are discussed too. Such as the possibility that some Chinese lake-monsters are nothing less than plesiosaurs. And we are treated to excellent artwork (from the witnesses themselves, in some cases) and photos of the relevant lakes. Giant salamanders are also put forward as candidates in some cases, which very much parallels the intriguing research of Steve Plambeck in relation to the Loch Ness Monsters of Scotland.

You may already have heard of the Yeren, which is the closest thing that China has to a Bigfoot. Some researchers suggest that the Yeren are actually surviving pockets of Gigantopithecus, huge apes that are generally accepted as having become extinct hundreds of thousands of years ago. As Xu notes though, when it comes to China's man-beasts there is far more that needs addressing than just the Yeren. If you have a particular interest in the Bigfoot phenomenon, then this 48-page chapter alone should ensure you get a copy of Xu's book. Xu takes us back not just years or decades, but millennia. He shares with us tales dating back to 539 A.D., and the activities of violent, marauding creatures. Of course, the Abominable Snowman is addressed. But so are other, intriguing things - including the possibilities of an upright orangutan, feral people, and primitive humans. Xu also introduces us to the Dre-Mo, a dangerous, giant hairy humanoid known for killing and devouring animals in Tibet. And there are some fascinating accounts of what can only be described as aquatic humanoids. Again, this chapter is filled with almost-endless artwork. 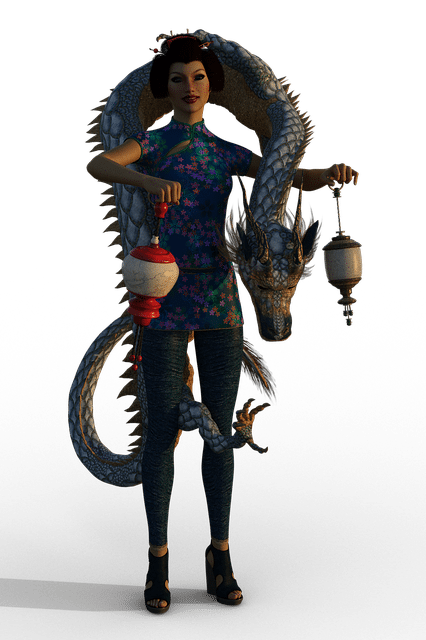 The section on "carnivorous cryptids" covers a lot of ground. Xu starts with the Lutoulang, a four-legged beast that sounds like some strange combination of a wolf and a hyena, but with a horse-like head. In trying to solve this riddle, Xu takes a look at the matter of the Hyaenodon, powerful creatures that - like so many beasts addressed in the pages of this book - are assumed to be extinct. And there's a great piece of artwork of the beast, from 1910 and painted by Heinrich Harder. And just like so many parts of the world, China has its very own "Alien Big Cats," or ABCs, as they are known. This was one of my favorite parts of the book, as it demonstrates the sheer scale and range of ABCs that just might be lurking in the forests of China.

In "Herbivorous Cryptids," we're introduced to creatures mythical and real. Unicorns, three-humped camels, and ancient rhinos from the Miocene and Pliocene are among them. The possibility of mammoths having lived for far longer than most people assume also crops up. As for reptilian cryptids, it is of course inevitable that the matter of dragons are going to be placed in the spotlight. And they most certainly are. But, to his credit, Xu doesn't simply wave away mythical tales. Rather, he addresses the intriguing theory that some tales of dragons may have been born out of encounters with the likes of huge crocodilians. Giant-sized geckos also come into the equation. 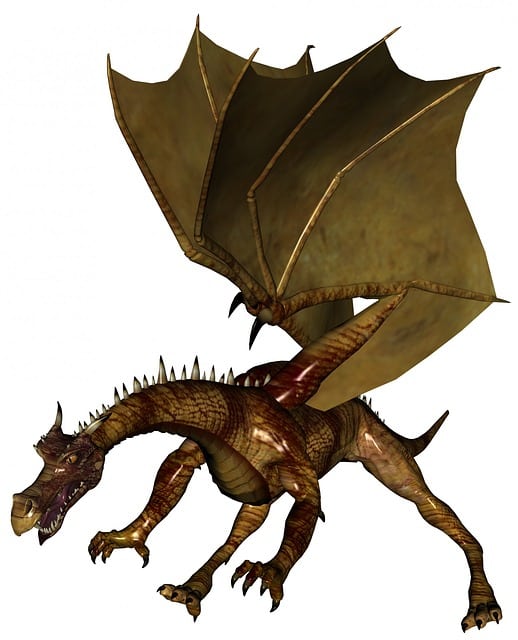 For fans of such winged things as Mothman, the U.K.'s Owlman and more, there is a great deal to be found in part-6. Xu has a great knack of uncovering accounts of bizarre creatures, and many of them make an appearance in this chapter. A nine-headed flying thing (again, as Xu suggests, possibly a real creature radically altered by folklore and mythology), and the "Bird Man," or Haoguai, as it's known in China. Sporting a human-looking face, it is said to have a wing-span of around fourteen feet and sharp talons. Intrigued by the many tales in circulation of surviving pterosaurs? Well, there are more such reports here - some of them extending back centuries. Take note too of China's blood-sucking birds and four-winged creatures and you'll see just how diverse the flying animals of China are said to be. Add to that maps and a 22-pages-long bibliography and what you have is a must-read book on a subject that fascinates, informs and entertains.