Alien Big Cats: A Huge Skull and a Dangerous “Pet”

There's no doubt that one of the biggest mysteries in the U.K. is that of what have become known as "Alien Big Cats" ("ABCs"). For decades, sightings have been made all across the U.K. of large, dangerous-looking cats. Usually black or tan in color, they are generally accepted by the public as being all too real. The U.K. Government, however, is far less enthusiastic about endorsing such accounts. Nevertheless, that doesn't stop such cases from surfacing on a regular basis. People often ask me: where is the evidence? Are there any leads which can take the matter further, to the point of getting, hard, definitive evidence? Well, yes there are such leads and threads. It's just a matter of noticing them and following up on them.

Several such leads - of a controversial and eye-opening nature - appeared in the pages of England's Chase Post newspaper (now closed) in 2006. And, in the same time-frame, an equally controversial and eye-opening account appeared in the pages of the Birmingham Post (which is still alive and kicking). "Terrified Chase-folk are certain a panther is living in their midst after a spate of fresh sightings in the forestland around their homes," reported the Chase Post in March 2006, relishing the huge wave of strange beasts that had apparently elected to make the Cannock Chase their unholy home in early-to-mid 2006. As evidence of this, the newspaper cited the testimony of a man named Andrew Lomas, who had a close encounter of a distinctly weird kind with one of the Cannock Chase’s elusive big cats late at night near Pye Green. 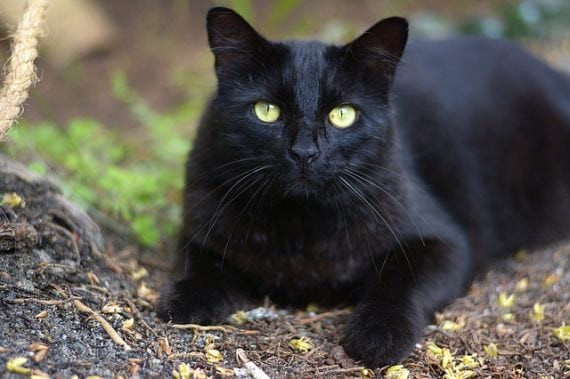 Lomas stated that: "I was riding through to Pye Green at around 11.00 p.m. when I saw something dark in the road, in my headlights. At first I thought it was a deer, but it moved so fast as I got nearer. I got the impression it was something else. As I passed the spot where it had been, I slowed down and looked into the bracken. I could make out a pair of red piercing eyes staring back at me. It gave me the chills and I drove off straight away. I never believed all these stories, but now my opinion has changed. I know what I saw."

Echoing Andrew Lomas was Janette Muller of Hednesford: "I was out walking with my boyfriend over Cannock Chase when we noticed a disturbance in the bracken ahead of us. All of a sudden this big black shape jumped up and took off up the hill. I’m not sure at all what it was, but it was much too big to be a domestic animal. It made a hell of a noise as it raced away."

In the same period, two sensational stories of alleged encounters with big cats in the vicinity of the Cannock Chase woods surfaced that I could not afford to ignore in my search for the truth. The source of the first account was careful to advise the Birmingham Post that under no circumstances did he want to be named, due to the fact that he had an extraordinary and controversial tale that he wished to impart.

So the story went, the man had been crossing the woods when, lying in the undergrowth, he noticed something distinctly strange: the huge skull of an unknown animal. "This is certainly not something that you find every day," the man said, in what certainly had to be an understatement of truly epic proportions. He further advised the Post that: "It looks like it’s been there for some time [and] looks like some sort of big cat to me; the fangs are enormous, and it’s definitely not that of a dog or a fox." 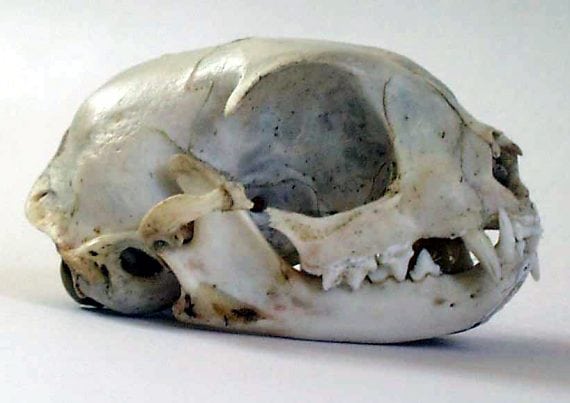 The man expanded further with an intriguing observation: "Nearby were a few other bones and a despicable trap which was secured to a tree and had a bone caught in it. I think whatever it was must have got its leg caught and then starved to death. I threw the trap away; I think they’re illegal to possess."

In the same week, Hednesford resident Tony Taylor stumbled across the remains of a horribly mutilated deer while walking across the Cannock Chase. Photographs taken by Taylor graphically revealed that the animal’s torso had been completely picked clean of flesh, with only the head, legs and skeleton remaining. Up until that point, Taylor had been completely skeptical of the theory that the Cannock Chase was home to one or more marauding big cats. After his gruesome discovery, however, his thoughts and opinions began to waiver to a degree.

"I’ve been walking on the Chase for years and I've never seen a big cat," Taylor stated, adding: "I never thought there was anything there but now I'm not so sure. Its back and ribs looked broken and the flesh was ripped from the bones. Whatever had eaten it had eaten the lot. It looked fresh, as though it hadn’t been there long; I’d say no more than two days."

Only a few days later, a sensational story surfaced, again from the town of Hednesford, from a woman described concisely by the Chase Post newspaper as a "Miss S. Thomas." She claimed that she had raised a big cat from a cub, no less than eleven years earlier. Stating she had previously been reluctant to come forward for fear of ridicule, Thomas informed the Post's editor, Mike Lockley, that she had been walking on the Cannock Chase back in 1995 when: "I saw this little black cat lying in the undergrowth. It looked completely lost, as if it had been dumped and we took pity on it and took it home." 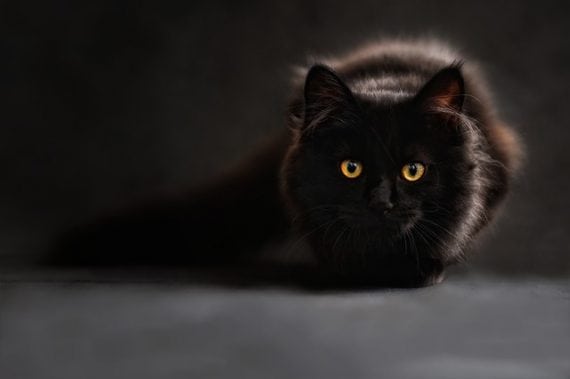 Initially, there seemed to be nothing untoward about the situation. As time progressed, however, matters took a distinctly strange turn, to say the very least. The cat began to grow at a truly alarming rate, said Thomas, and it developed some very disturbing character traits: "it really started to put on weight and quickly was larger than a normal cat. It also started to act weird. It wouldn't lie down like a domestic cat and it didn't purr normally; it sort of growled. My friends all told me that it was not a house cat and I had my suspicions."

More disturbing, the cat began to focus its attention on Thomas' daughter: "The thing attacked my daughter when she was asleep and left her with a nasty cut. That’s when I decided to throw it out. I took it to live outside, but it soon disappeared. I presume it went back to the Chase. I often wondered if that was the big cat that everybody is talking about. I thought if I told the story people would think I was mad, so I kept quiet."

So, coming back to the issue of leads and threads, we have one case in which a woman who lived near the Chase - "Miss S. Thomas" - claimed to have raised an Alien Big Cat. At least for a short while. And we have another source who approached the Birmingham Post newspaper claiming to have found the skull of an unknown animal - possibly an ABC - and who may well have kept that same skull.

So, if anyone is interested in chasing down these two cases, and is in the area to undertake first-hand research, something substantial just might surface. "Might," of course, is the correct word to use. After all, the skull may really have been of something far less exciting (although the reference to "enormous" fangs is interesting...) and the tale of the "I raised an ABC"-kind might have been nothing but a joke on someone's part. But, that's what investigations are for. Anyone up for the challenge? It's still not too late...