Asparagus Psychic Was Correct in 2017, Has Predictions for 2018

She calls herself The World’s Only Asparamancer, not because she’s a matchmaker for lonely vegetarians (although that might not be a bad dating service idea – making a note), but because she’s a psychic who tells the future by tossing asparagus spears into the air and interpreting how they fall. Does this sound familiar? She made some interesting claims in January 2017 and many of them (like Brexit and Storm Eleanor) surprisingly came true. Now she’s back with a fresh bunch of asparagus and new predictions for 2018.

"I take what I do seriously but I never take myself seriously. When I cast the asparagus, it creates patterns and it is the patterns I interpret."

Jemima Packington lives Bath, UK, and claims she may have inherited her psychic powers from her great aunt who read tea leaves. However, her unusual methodology came from her dislike of tea and her lack of success with broccoli, a common complaint amongst psychics and chefs alike. She prefers English asparagus, especially spears from the Vale of Evesham in Worcestershire. 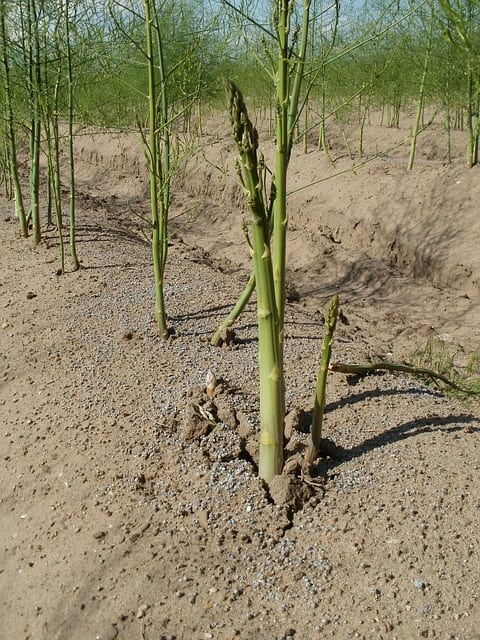 OK, you don’t need vegetables to predict that someone in the royal family is going to do something over the next year, and many other people predicted Brexit without the aid of spears. However, Packington was correct on many other 2017 predictions, including:

“The summer will change from drought to downpours.” Britain had the 11th rainiest summer on record.

“The USA will be seen as a pariah under Donald Trump.” Perhaps another easy one, especially after
pulling out of the Paris climate agreement.

“Brexit will go ahead despite efforts of those wishing to derail it.” Theresa May triggered Article 50 and EU leaders gave the green light for Brexit negotiations to move on to the second phase.

“The political atmosphere of certain EU countries will change with the deposing of several prominent leaders.” Emmanuel Macron was a surprise winner in the French presidential election and Austrians voted in 31-year-old Sebastian Kurz as chancellor.

“Occasionally I get one slightly off, where I haven’t quite read it correctly, but I’m never far off.”

Packington was wrong (make that “slightly off”) in her predictions that other EU countries would withdraw from the EU and that scandals would rock the royal family.

A record number of Royal births. (OK, that’s an easy one)

Earthquakes and volcanic eruptions will occur around the globe. (Another gimme)

Politics will be rocked by a string of scandals. (Come on, how about some details?)

Theresa May will be ousted and Britain will get a new prime minister. (That’s better)

The Bitcoin bubble will burst. (Packington is only taking fees in euros and dollars)

The US will bring the world to the brink of serious conflict if successful intervention by the rest of the world cannot be achieved. Watch out for unlikely peacemakers. (She probably won’t get a call for more details on this one because the US president hates vegetables)

No major sporting achievements for the UK’s national teams. (Bad news for Winter Olympics ratings in the UK)

A resurgence of the book as opposed to cyber libraries and video gaming. (Interesting)

More countries around the world will follow the Danish practice of Hygge – defined as “a quality of coziness and comfortable conviviality that engenders a feeling of contentment or well-being.” (Let’s hope the asparagus is right on this one – I got a lot of socks for Christmas).

Will the Asparamancer’s predictions come true? See you in 365 days, Jemima.