The mystery of three recent earth-shaking explosions in Russia, Dallas and the U.S. Midwest is not their cause – even diehard skeptics are calling them meteors or bolides. What’s mysterious is why such unusually violent and visible space rock events occurred in a space of just nine days. Where is NASA’s meteor alert team? Are we in the middle of an undiscovered meteor shower? Should we expect more? Does Home Depot sell meteor-proof sheds?

On the night of January 7th, 2018, a deep blue light crossed over the heavily-populated, southwestern Russia republics of Bashkortostan, Udmurtia, and Tatarstanin. As is the case in Russia, the incident was picked up on dash cams, showing the darkness change briefly to light as the blue flash passed overhead. The Siberian Times reports the usual denials of manmade responsibly by the Russian military and space program, which are plausible since few if any witnesses reported hearing an explosion or any other sound. Astronomers disagreed on possible causes, with Yuri Nefefyev of the Engelhardt Astronomical Observatory blaming atmospheric electricity, while Sergey Golovkin of the Kazan Federal University Physics Institute speculating it was a bolide that burned up completely in the atmosphere and never hit land. Plenty of pictures … no explanations. That sounds like Russia. 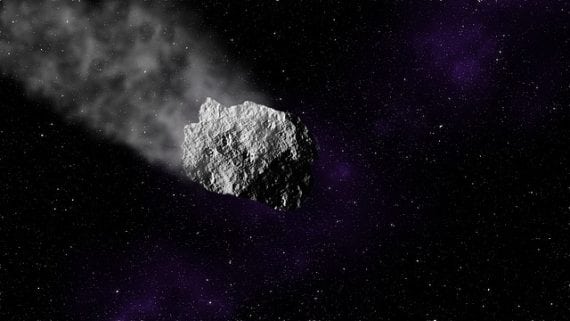 But not Dallas where, on January 12th at around 8:34 pm, a huge boom was heard, with some witnesses reporting a bright flash first and the feeling of percussion afterwards. While there were just a few security cameras catching the event, the video was enough to convince astronomer Ron DiIulio from the University of North Texas that it was either a meteorite or a piece of space debris. Based on the flash and the sound of the sonic boom, Dilulio figured the ‘thing’ was about the size of a grapefruit … far smaller than whatever passed over those Russian republics.

It was probably far smaller than whatever it was that passed over southeastern Michigan on January 16th shortly after 8 pm. Reports of the flash came in to the American Meteor Society from Michigan, Ohio, Wisconsin, Illinois, Indiana, Pennsylvania and Ontario, Canada, but the object appears to have hit the atmosphere and broken apart over New Haven, Michigan. While NASA’s Meteoroid Environment Office estimated the asteroid to be no more than two yards in diameter when it began breaking up. At least one piece landed in Livingston County, with either the impact or the sonic boom registering as a magnitude 2.0 earthquake.

Three large, multi-witness, explosion-causing meteorites in different parts of the world over a nine-day period. Could they be related? There’s no known meteor shower underway that could have caused them. While the events seem huge to the witnesses, these space rocks were too small to be picked up by the various early warning systems. The old Chinese space station hasn’t dipped low enough to cause any of these. Is it just coincidence or could it be something else?

Return of the Windy City Owl: Is a Big Bird Still Flapping Around Chicago?