If you want to get anything done these days, what’s the best way to do it? If you said “Sue!”, you’ll like this story of a Sasquatch researcher from Canada who is suing the state of California to prove that Bigfoot exists there, in Canada and in plenty of other places as well. 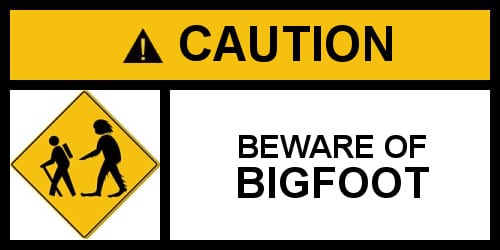 Well, the prisons and bankruptcy courts are full of people who once said something to that effect, but Todd Standing believes he’s different … and not just because he claims he’s seen Bigfoot many times and has the evidence to prove it. Standing is the director of the documentary, Discovering Bigfoot, which is based on his own research and experiences as well as those of “wilderness experts, PhD's and other world-renowned experts and researchers of the Bigfoot enigma.” Released in October 2017, Standing used the film to sue the provincial government of British Columbia with the intent to prove the existence of Bigfoot in court, since wildlife experts and many cryptozoologists don’t believe him.

“They won’t look at the evidence. That’s why I must go into court to prove it.”

It should come as no surprise that Standing has had no luck getting a court date in Canada. It should also come as no surprise that that he DID get a court date in litigious California – March 19th. He plans to present DNA, hair samples and his documentary as evidence of the existence Bigfoot in that state … or at least as a way to convince the court to send out wildlife experts with him on a three-month expedition that he guarantees will end up with Bigfoot sightings. 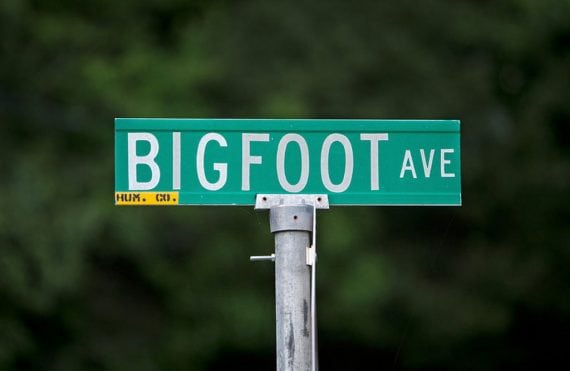 OK, it sounds like Standing has much more evidence of Bigfoot in Alberta. Perhaps he’s hoping to shame a Canadian court into giving him a hearing and not lose the historic Sasquatch suit to California. And yes, he knows there are doubters, even among his fellow Bigfoot researchers.

“Of course I have my haters. Gandhi, Mother Teresa, Einstein, they had tremendous haters.”

The real question is: does Todd Standing have a chance in a California court of law? He’s already gotten further than most just by getting a court date. That means he convinced a judge to let him speak … under oath. Will he be convincing enough to get the expedition he wants? What would Gandhi, Mother Teresa or Einstein do?

Wouldn’t it be easier just to subpoena Bigfoot?