As you will have seen, over the last week or so I have written a number of articles here at Mysterious Universe on the subject of the U.K.'s resident population of what have become known as "Alien Big Cats." One of the people who read the article, Tom Stein, asked me if the ABCs should even be a part of Cryptozoology. Well, that's a good question. Cryptozoology began as the study of unknown animals. The most important word being unknown. Of course, there is nothing unknown about the Alien Big Cats. From the descriptions provided by eyewitnesses, a good argument can be made that the ABC "collection" in the U.K. includes the lynx and the puma. And much more more too. There have even been a few hysteria-driven claims of lions and tigers wildly on the loose. So, with regard to the ABCs and Cryptozoology, the mystery doesn't surround what the ABCs are (unless you subscribe to the paranormal theories, which I don't entirely rule out, in some cases...). Rather, the mystery is why they are running wild - in the U.K. - in the first place.

Very much the same can be said for what have become known as "Phantom Wallabies." Everyone - just about - knows what a wallaby looks like. And a kangaroo too. There's nothing mysterious about them in the slightest. And they certainly aren't unknown. But, they too have become staple parts of Cryptozoology. And why is that? Well, I'll tell you: because just like the Alien Big Cats of the U.K., wallabies are seen in locations far removed from their home turf. Reports of out of place wallabies can be found not just in the U.K. but in the United States as well.

Linda Godfrey, in her 2012 book, Real Wolfmen, says: "Out of place kangaroos and wallabies were also once considered mere legend, but two have been captured in Wisconsin in recent years and others have been spotted in many odd places over the past five decades, in locations as far away from their homeland as Japan. Although kangaroos are bounding marsupials rather than canine mammals, they are still often proposed as animals likely to be mistaken for upright wolves!"  Wisely, Linda doesn't demand that we place the Dogman phenomenon in a cryptozoological category. Rather, she suspects there is a supernatural angle to the puzzle (see her book, Monsters Among Us).

Moving onto Australia, tales of the strange-looking marsupial known as the Thylacine being seen - when it supposedly became extinct way back in the 1930s - attract the deep interest of cryptozoologists. But, once more, the creature is hardly unknown. You can find photos and old footage of them all over the Net. And what about even weirder things like the Mothman and it's U.K. counterpart, the Owlman? Calling them animals (unknown or otherwise) would be incorrect. "Entities," "Monsters," "Creatures," etc., are all ideal terms. But, the idea that our planet is home to - specifically - winged, humanoid animals is far from being the case. I have spoken to enough people who have seen the Mothman - as well as a couple of people who encountered the Owlman - to make me conclude that while these things are real (in some strange fashion, at least!), animals they are definitely not.

There are people in Cryptozoology who fully believe that the Abominable Snowman of the Himalayas and the Yeren of China are one and the same: surviving pockets of a massive ape that is widely believed to have become extinct hundreds of thousands of years ago: Gigantopithecus blacki. Those whose minds are already made up might very well be correct in their beliefs. It is indeed a suitable candidate. But, like the Thylacine - also assumed to be dead and gone - Gigantopithecus is not unknown at all. Largely, it's just not accepted as still being with us. So, if you believe that the Yetis are Gigantopithecus and not something specifically unknown, then should you consider it a cryptozoological issue?  I dunno. Most of me doesn't even care. 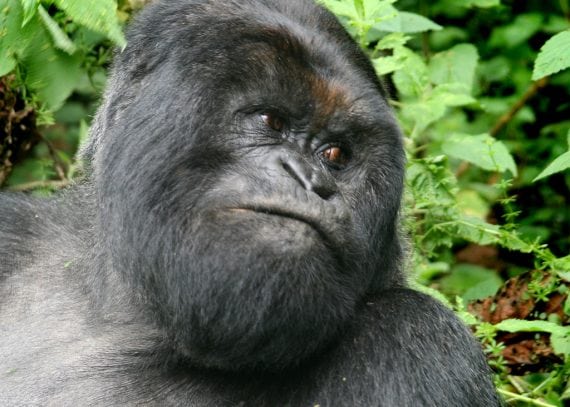 Of course, at the end of the day, it's not a major issue at all: people will see Cryptozoology as they wish to see it, and that's fine. For some, the likes of the Mothman have no place in Cryptozoology. Others might be outraged by such a stance. What began as the study of unknown animals and nothing else has become something that is now somewhat different. That's all.

And that's where I'll end it, as a deeper discussion would only be akin to tedious, pointless debates between people who think it's very important to know how to pronounce "Cthulhu" (By the way, it isn't important in the slightest). Or, adult, male bed-wetters who argue over which Wonder Woman costume is the best.