Last December, UFO enthusiasts around the world received quite a Christmas present: the apparent confirmation of a secretive Pentagon UFO program served up before the public by one of the most venerable American newspapers, the New York Times.

Details about the program remain somewhat scant, the man formerly in charge of the study group, Luis Elizondo, said shortly after the release that, “In my opinion, if this was a court of law, we have reached the point of ‘beyond reasonable doubt.’”

“I hate to use the term UFO," Elizondo told the Telegraph. "But that’s what we’re looking at. I think it’s pretty clear this is not us, and it’s not anyone else, so no one has to ask questions where they’re from.”

Elizondo's claims, which were thoroughly vetted by the NYT, were accompanied by a pair of videos purporting to show unidentified objects that were observed and filmed by the U.S. government. These videos were released and highly publicized by former Blink 182 guitarist Tom DeLonge's To The Stars Acadamy (TTSA), of which Elizondo is a member. 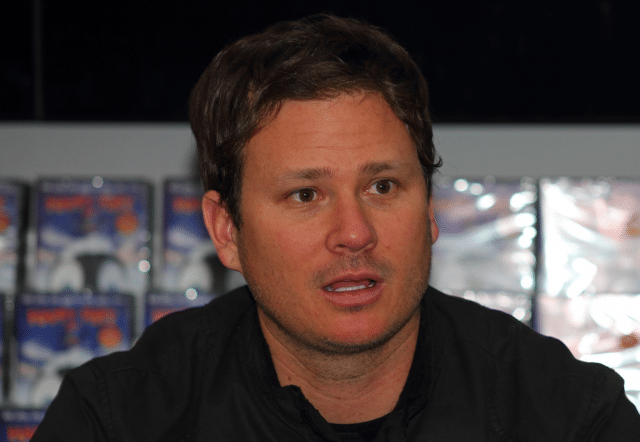 Elizondo's involvement in relation to UFO studies, while highly publicized following the NYT piece in December, was actually first announced back in October of last year, coinciding with a public statement that was live-streamed online by DeLonge with the formal launch of the TTSA. According to the group's website, "For nearly the last decade, Luis also ran a sensitive aerospace threat identification program focusing on unidentified aerial technologies." In other words, Elizondo's involvement with the former Pentagon UFO project had already been disclosed well in advance of the NYT article.

Despite the vetting of the journalists like Leslie Kean and the NYT staff, now the government UFO footage released by TTSA has fallen under the critical eye of online skeptics, some of whom call into question the veracity of the videos, and the identity of the objects they showcase.

While some online have made the claim that one of the earlier photos released by TTSA is little more than a party balloon, the primary argument deals with one of two pieces of footage released coinciding with the December NYT article. According to Mick West, administrator for the skeptic website Metabunk.org, the footage alleged to be a UFO in what is popularly referred to as the "GIMBAL" footage is probably just a plane (note: this is not to be confused with a second video, featuring an object that has been likened to a bus-sized craft shaped like a "giant tic-tac").

Posting at the Metabunk online forum, West wrote, "I'm thinking the black shape around the object is some kind of IR flare/glare. We know that the shape of a very bright IR source, like the engine of a plane, can be much bigger than the object itself."

"If people try to describe this as some kind of 'aura' or 'field'," West wrote, discussing a halo-like haze that appears around the object in one of the Pentagon videos, "then they obviously have not done their homework."

Admittedly, the nearly featureless objects shown in the Pentagon footage obtained by Elizondo leaves a lot to the imagination. However, there may be problems with the "it's probably just a plane" argument. While West should be commended for attempting to narrow down what the object in the footage might have been, any conventional aircraft that had been operating nearby at the time of filming would presumably have had a transponder, making it easily identifiable; also, radar systems would likely have had little trouble detecting such an aircraft. Hence, it seems logical to presume that if the object in the video had displayed these conventional characteristics, it would not have been of interest to the pilots who were filming it (who initially described it as resembling a drone) in the first place.

While some estimates held that the object in the GIMBAL video had been as much as 120 miles away, according to an update on the Metabunk thread that appeared on December 24th, "Preliminary analysis of the angular motion of the clouds suggests that it's a smaller object around 15 miles away." Even at the longer distance, the object might have been able to be tracked on radar; while 100 miles is generally considered the "useful range" for most radar involving airplane traffic, if an object were as much as 150 miles away, it could still be tracked if it were flying at a minimum altitude of 15,000 feet (to account for potential obstruction by the curvature of the Earth itself at this distance). For more on this, see the table linked below for calculating minimum altitude and distance for radar.

There are other considerations as far as radar goes, but generally speaking, we can probably conclude based on the analysis provided by West and others that the "mystery object" was well within 120 miles at the time it was being filmed, and possibly as close as 15 miles away. It stands to reason that if this was a conventional object (i.e. a passenger plane), that it should have been fairly easily determinable at the time the footage was made.

One of the problems with the footage, of course, is that there is little to go off of. While there is a fair amount of technical data that can be ascertained from the GIMBAL footage, further details about the location, and other circumstances that might offer context, are not readily available. Hence, much is left open to interpretation, and arguments arise in the midst of ambiguity.

At the end of the day, the footage is still intriguing, even if the circumstances prevent it from being truly compelling. While we cannot fully discern what the object is in the video at this time, it is a bold leap in judgment to decry it as a hoax (which, we should note, Mick West has never said, instead merely pointing out that he believes that the object is a plane). Further answers about the Pentagon's program are beholden somewhat to pending FOIA requests; for now, we can only anticipate whether additional information will be forthcoming--either from the Pentagon, or the DeLonge-Elizondo camp--and whether it will be any more conclusive than the last batch.