Eerie Lights Over Early Massachusetts: The First UFO Sightings in the New World

Massachusetts in the early 1600s was a bleak destination, though one with promise. In the early years of the settlement of the Massachusetts Bay, Governor John Winthrop brought just shy of 1000 colonists over from England, first stopping at Salem before moving on toward the Shawmut Peninsula, where they would establish the settlement that would eventually become Boston.

Nearly 200 of the settlers died under the extreme living conditions of that first American winter. Others, if not ill from the harsh weather, were sick of the trials of settlement; a number of the disillusioned returned to England in the spring. However, with the slow growth of the settlement, living conditions improved under the labors of Winthrop and the steadily growing population of New Englanders; by the beginning of 1640, settlers in the new land exceeded 20,000.

During this first pivotal decade in the history of Massachusetts, John Winthrop kept a detailed journal of occurrences in the region, from those civic or political in nature to noteworthy religious events and other happenings. 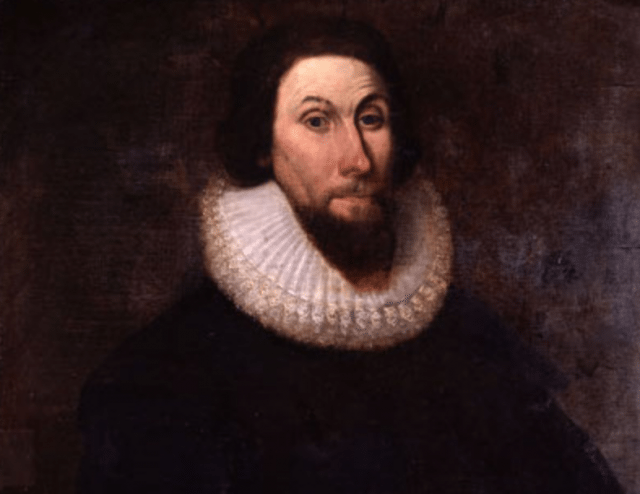 There were other occurrences, too, which Winthrop chronicled in his journal, some of them quite curious. Such were the details of the entry marked for March 1, 1639, a portion of which read as follows:

In this year one James Everell, a sober, discreet man, and two others, saw a great light in the night at Muddy River. When it stood still, it flamed up, and was about three yards square; when it ran, it was contracted into the figure of a swine: it ran as swift as an arrow towards Charlton, and so up and down about two or three hours. They were come down in their lighter about a mile, and, when it was over, they found themselves carried quite back against the tide to the place they came from. Divers other credible persons saw the same light, after, about the same place.

The account given is a strange one, though not unlike the circumstances popularly reported in conjunction with sightings of strange lights in the skies in modern times. It was, in other words, very much a sighting of an unidentified flying object, though what the actual phenomenon witnessed may have been cannot be easily determined solely from Winthrop's narrative. Filtered through the puritanical mindset of a pre-Newtonian world, there is indeed much left to the imagination.

There are nonetheless aspects of the report Winthrop gives us that are of interest. Of particular note had been his description of the witnesses, which may imply some degree of disorientation caused by observing the light. As the observers "found themselves carried quite back against the tide to the place they came from," some might discern from this that something akin to "missing time" had occurred. Indeed, certain similarities to popular UFO reports of the last few decades come to mind here, namely the alleged 1976 Allagash UFO incident, where those involved claimed to have observed a light over the course of several consecutive nights, along with the requisite missing time of many UFO abductions of the era (there have been questions raised about the veracity of this 1976 UFO incident in recent years, which are beyond the scope of the present discussion).

This would not be the sole inclusion of anomalous aerial phenomena in the governor's journal. Winthrop recorded a similar incident several years later, dated January 18, 1643, where he noted:

About midnight, three men, coming in a boat to Boston, saw two lights arise out of the water near the north point of the town cove, in form like a man, and went at a small distance to the town, and so to the south point, and there vanished away. They saw them about a quarter of an hour, being between the town and the governor's garden. The like was seen by many, a week after, arising about Castle Island and in one fifth of an hour came to John Gallop's point.

One week after this incident, lights were seen again in the region and, as Winthrop notes in the following passage, were apparently "seen by many":

A light like the moon arose about the N. E. point in Boston, and met the former at Nottles Island, and there they closed in one, and then parted, and closed and parted divers times, and so went over the hill in the island and vanished. Sometimes they shot out flames and sometimes sparkles. This was about eight of the clock in the evening, and was seen by many.

In conjunction with the appearance of lights in the sky, Winthrop notes a peculiar circumstance pertaining to this second observation of the Massachusetts "mystery lights", where voices were allegedly heard along the waterways between Boston and Dorchester:

About the same time a voice was heard upon the water between Boston and Dorchester, calling out in a most dreadful manner, boy, boy, come away, come away: and it suddenly shifted from one place to another a great distance, about twenty times. It was heard by diverse godly persons. About 14 days after, the same voice in the same dreadful manner was heard by others on the other side of the town towards Nottles Island. These prodigies having some reference to the place where Captain Chaddock’s pinnace was blown up a little before, gave occasion of speech of that man who was the cause of it, who professed himself to have skill in necromancy, and to have done some strange things in his way from Virginia hither, and was suspected to have murdered his master there; but the magistrates here had not notice of him till after he was blown up. This is to be observed that his fellows were all found, and others who were blown up in the former ship were also found, and others also who have miscarried by drowning, etc., have usually been found, but this man was never found. 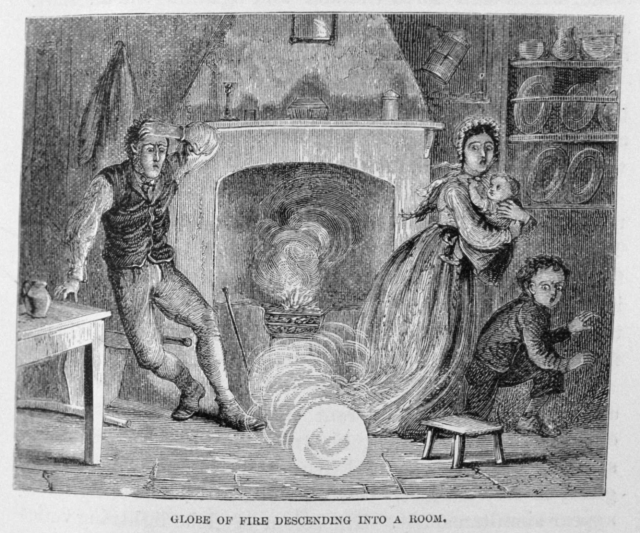 In Winthrop's narrative, the lights were thus attributed to the devilish dealings of this man, who possessed "skill in necromancy" and other kindred arts of darkness. As to what might really have caused the illuminative apparitions Winthrop recounts is a matter of speculation, although many of the key suspects remain in modern times: these range from natural atmospheric plasmas (i.e. ball lightning), to other related natural illuminations like earthquake lights.

Arguably, these peculiar items in Winthrop's journal outline what can be considered the first instances of unexplained aerial phenomena in the New World. While they leave a lot to the imagination, they nonetheless offer a unique, albeit an atypical view of Puritan life in early America.

Blackbeard the Pirate May Have Been an Avid Reader