Ghost of Stan Laurel in Photograph at Old Movie House

A paranormal investigator in England claims he met the ghost of comedic legend Stan Laurel at an old abandoned movie theater and even got a picture of the silent film spirit. Even if you don’t believe in ghosts, you should never pass up a chance to honor the legend of Stan Laurel and Oliver Hardy.

“Stan Laurel was walking alongside me.” 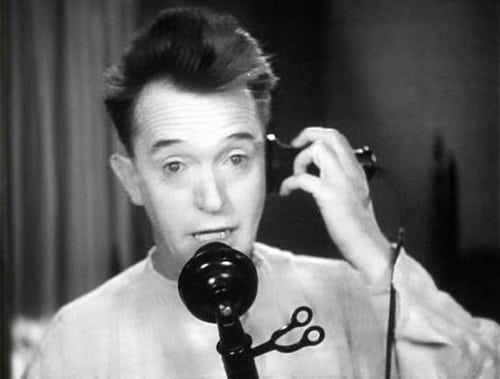 Micky Vermooch is an investigator (also a medium, demonologist and exorcist) for UK Unseen, a British paranormal service. He told Daily Star Online that he recently encountered the ghost of Stan Laurel in the building that once housed the Kings Cinema in Bishop Auckland, Co Durham. The Kings was originally an assembly hall before becoming a cinema and café in 1902, which means it most likely showed the films of Laurel and Hardy, who appeared together for the first time in 1921 in the silent short, “The Lucky Dog,” and went on to star in a total of 107 silent, short sound and full-length feature films. Oliver Hardy passed away in 1957 and Stan Laurel died in 1965. The 1,000-seat Kings theater closed in 1960 and the first floor was converted into a supermarket and later a furniture store. However, a seating area and the projection room on the second floor are still there and windows from the cinema can be seen from the outside. 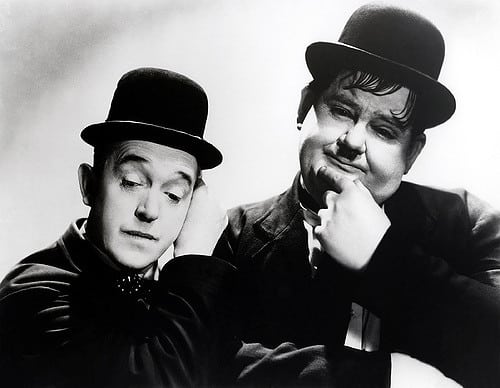 What might Stan Laurel be doing at the former King cinema? Laurel was born in 1890 in Ulverston, Lancashire in north west England, about 100 miles from Bishop Auckland. Hardy was from the U.S. (Georgia) although he was of English and Scottish descent. After studying in Scotland in a troupe with a young Charlie Chaplin, Laurel and Chaplin sailed to the U.S. just before the start of the First World War. It was in the U.S. that he met Hardy and Mae Dahlberg, an Australian-born vaudeville performer and actress who became Laurel's first professional partner and common-law wife.

“Stan said he was at peace and told me, ‘This is where I had my happy times. This is where I belong’. He has shown himself to me because he wants the world to know he’s around.”

Vermooch claims he once spoke to the ghost actress Elizabeth Taylor, so perhaps he’s considered to be a medium to the stars. In fact, he says he also spoke to Mae Dahlberg at the Kings, along with the ghosts of two other male actors.

“Mae Dahlberg gave me her name. When she came through the atmosphere changed to an electric excitement. It was almost euphoric. I felt she and Stan Laurel are linked in spirit. I got pushed down some steps!”

Perhaps that ‘push’ was for Laurel. Movie historians say Dahlberg interfered with Laurel’s early career and was paid off and sent back to Australia. She later returned to the U.S. and sued Laurel for support while he was in the process of divorcing his second (of four) wives. Dahlberg was not one of them. Vermooch doesn’t name the other two ghosts, so most likely neither was Oliver Hardy.

The only ghost he got a picture was Laurel (photo here) – unfortunately not a selfie, even though they walked together. There are no details as to how or where he got the picture. The grainy photo has some resemblance to Stan Laurel, but so do a lot of people (see Dick van Dyke). 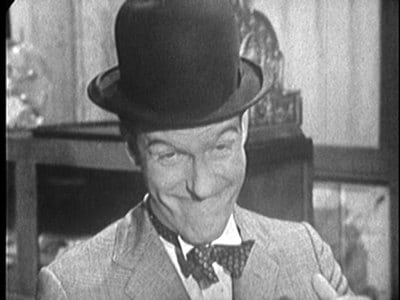 "If anyone at my funeral has a long face, I'll never speak to him again."

Stan Laurel died in Santa Monica on February 23rd, 1965. He and Hardy are still recognized as one of the greatest comedy teams of all time and traveled the world together as performers and friends. Why would he chose the remains of the Kings cinema to tell the world he’s doing OK in the afterlife?