Holy Ghostbuster Passes Away at 99

While Pope Francis is technically the highest ranking exorcist in the Catholic Church, the title of “Holy Ghostbuster” belonged to the Reverend Joe Aelwyn Roberts, the former Vicar of Llandegai and a Bangor Cathedral minor canon, who passed away last week at the age of 99. Those names should give you a hint that Rev. Roberts was a priest in the Church of Wales, and that nickname is a clue that he did more than give homilies and baptize babies.

“Holy Ghostbuster: A Parson's Encounters With the Paranormal” is the title of Rev. Roberts’ 1996 book on one of the numerous interesting aspects of his long tenure with the Church of Wales. It describes many of his experiences as the Director of Social Work for the Diocese of Bangor in northwest Wales and as a parish priest for 45 years. In those capacities, he was often called upon to comfort parishioners who were troubled by what they believed to be a ghost or demon. 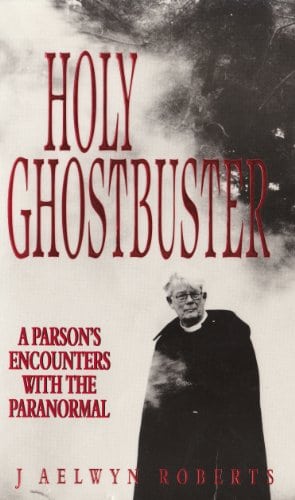 Those experiences eventually led to Rev. Roberts being designated by the Church of Wales as its special responsibilities minister dealing with paranormal issues. In that capacity, he appeared on BBC TV and S4C paranormal shows and was a guest on one of Sir David Frost’s programs investigating the paranormal. After “Holy Ghostbusters” was published, he appeared in the U.S. on a 1998 Christmas morning show on CNN. Rev. Roberts’ stories often included Welsh history and ghost stories outside of his diocese.

Then there was “Privies of Wales” – a history of human sanitation followed by a focus on the outside loos of Wales. Not exactly ghostly but definitely scary. 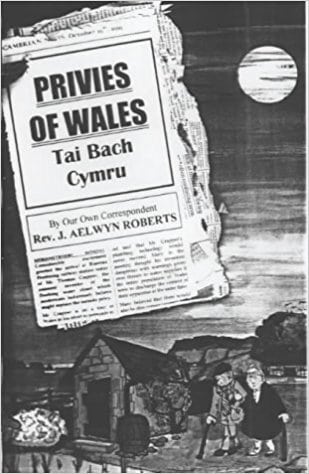 Reverend Roberts cared for the living as well and was an early media personality, acting on BBC radio series and producing children’s radio shows before moving to television in the 1960s. He was an early proponent of drug and alcohol counseling, worked with those with physical and learning disabilities and set up adoptions. After all that, and the ghosts too, he still had time to have six children, 20 grandchildren and 17 great-grandchildren with his wife, Margaret, who died last year at age 93.

In “Holy Ghostbusters,” Rev. Roberts introduces readers to ghosts in general, then tells the stories of his encounters with ghosts to whom he gives fanciful yet descriptive names: The Smelly Ghost, The Anniversary Ghost, The Extrovert Ghost, The Ghost That Changed House. In Part Two, he looks at mediums and the powers of telepathy, clairvoyance, dowsing and healing.

You would be hard-pressed to find a more knowledgeable, entertaining and sincere “ghostbuster” and spiritual counselor than the Reverend Joe Aelwyn Roberts. He will be missed amongst the living, but perhaps the Holy Ghostbuster is already working to help communications from the other side.

The Mystery Monsters: Cryptid Stories Are a Cultural Phenomenon Around the World