In Australia, Birds of Prey Are Confirmed as First Non-Humans Using Fire to Their Advantage

Something remarkable is happening in Australia, which has to do with observations of a phenomenon never before witnessed in nature: creatures other than humans using fire in a way that works to their advantage.

The species in question are two regional varieties of what are known as kites (specifically, black kites, or Milvus migrans, and their cousins the whistling kites, Haliastur sphenurus), along with a fellow raptor, the brown falcon. Each of these species has traditionally been associated with large brush fires, having been drawn to the areas where prey are likely to be driven out by the ensuing blaze.

Taking advantage of the meals a naturally-occurring fire may help provide is one thing, but now these species of raptor appear to have been observed attempting to use the fire to instigate burning in other areas; a sort of controlled use of fire, and to our knowledge, the first time this has been observed in nature, Cosmos reports.

According to Robert Gosford, an ornithologist with the Central Land Council in Alice Springs and co-author of a recent paper documenting these observations, “At or around an active fire front, birds – usually black kites, but sometimes brown falcons – will pick up a firebrand or a stick not much bigger than your finger and carry it away to an unburnt area of grass and drop it in there to start a new fire."

The paper was published in the Journal of Ethnobiology.

According to the authors of the paper, observations now document numerous instances where these raptors have actively used burning brush "to spread wildfires intentionally via single-occasion or repeated transport of burning sticks in talons or beaks." 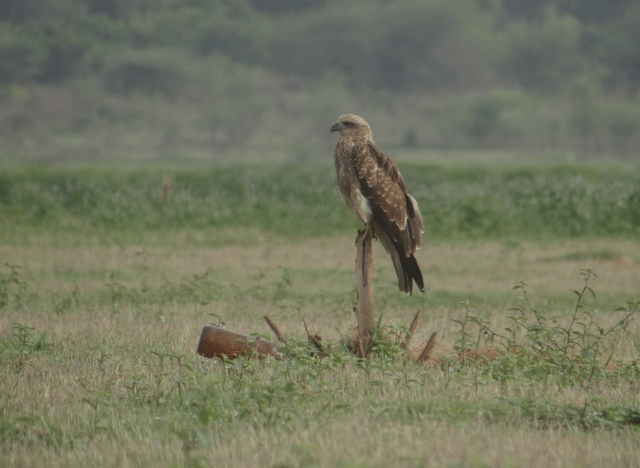 Equally compelling is the fact that, while largely dismissed or unknown by scientists until recently, cultural traditions pertaining to birds of prey carrying fire have existed for some time, and are a motif that is often reflected in Aboriginal traditions.

According to the paper's extract:

This behavior, often represented in sacred ceremonies, is widely known to local people in the Northern Territory, where we carried out ethno-ornithological research from 2011 to 2017; it was also reported to us from Western Australia and Queensland. Though Aboriginal rangers and others who deal with bushfires take into account the risks posed by raptors that cause controlled burns to jump across firebreaks, official skepticism about the reality of avian fire-spreading hampers effective planning for landscape management and restoration.

The authors hope that through combined efforts of "ethno-ornithological workshops and controlled field experiments with land managers, our collaborative research aims to situate fire-spreading as an important factor in fire management and fire ecology."

Or to put it another way, for some parts of Australia, preventing the spread of wildfires may rely on recognizing this new, and unconventional method by which they can spread.

Basingstoke May Be The New UK UFO Hotspot