“It’s only in recent years that the demand has risen exponentially.”

For those who slept through math class, “risen exponentially” means to increase a positive constant by raising it to a power known as an exponent. I know, explanations like that are what put you to sleep in the first place. In real terms, ‘10’ is a positive constant and to raise it exponentially to the power of two means 10 squared or 100. If you’re talking about donuts, an exponential increase like that is good. It’s not so good if you’re talking about people possessed by demons.

In a recent interview, Father Pat Collins, a well-known exorcist, told The Irish Catholic that he thinks his own church is “out of touch with reality” when it comes to dealing with what he says is a rapidly increasing (exponentially – remember?) number of people coming to him and other overworked exorcists seeking to have their demons – real or imagined – removed. 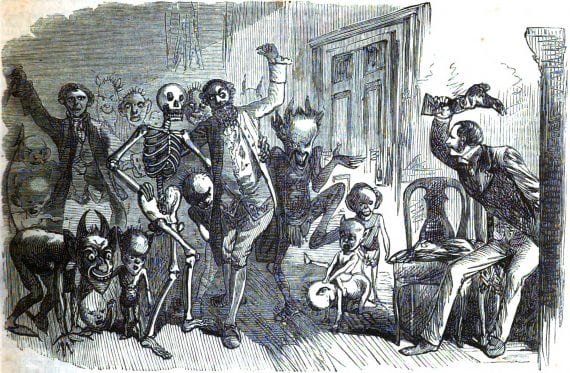 “I think in many cases they wrongly think it, but when they turn to the Church, the Church doesn’t know what to do with them and they refer them on either to a psychologist or to somebody that they’ve heard of that is interested in this form of ministry, and they do fall between the cracks and often are not helped.”

Being a good exorcist, Fr. Collins sees this as a demand for more priests and lay people to be trained as exorcists … one doesn’t have to be a priest to become an exorcist – just have the desire to help people, the fearless urge to stare down demons and the fee for the class. He obviously doesn’t think psychologists can help and besides, with an exponential demand, there’s not enough time to wait for people to go to college to become psychologists when exorcism school is much shorter.

What Fr. Collins seems to be asking for is not more exorcists but more priests and counselors trained in dealing with people who come to them claiming ghostly encounters, being pulled from their beds and, in rare cases, actual possession. Where he and other exorcists meet resistance is that they demand a belief in demons, evil spirits and the like instead of offering the practice as a tool in counseling the troubled. Many doctors don’t believe in acupuncture but will try it if a patient believes in it. Should exorcism be viewed the same way?

“What I’m finding out desperately, is people who in their own minds believe – rightly or wrongly – that they’re afflicted by an evil spirit.” 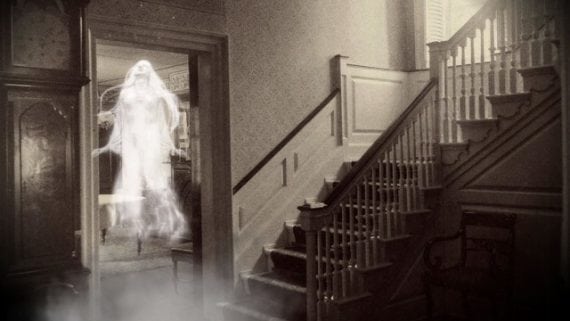 While Pope Francis regularly speaks of Satan and has called for an increase in exorcists, Fr. Collins doesn’t see the help coming soon enough and believes that the lower-level Church leaders who ignore the demand are “out of touch with reality.”

Perhaps it’s not the practice that’s the problem but the name, which suffers from its use in movies and current politics. Stories of the recent passing of Reverend Joe Aelwyn Roberts, a longtime priest in the Church of Wales who helped many troubled people deal with what they believed to be a ghost or demon, pointed out that he was affectionately called the Holy Ghostbuster. Perhaps exorcists should try to buy the rights to that name. Or would Demonators be more appealing to the younger possessed crowd and cause them to seek help exponentially?