Look Out, Tibetan Monks — We’ll All Be Levitating Soon

What? They’ve invented an acoustic tractor beam that uses sound waves to levitate objects? Say what? The tractor beam has the potential to be able to levitate humans just like those Tibetan monks claim they do? WHAT? IT’S REALLY LOUD!

Let’s turn off the acoustic vortex generators for a minute and see what a group of engineers at the University of Bristol have actually invented. In a new study published this week in Physical Review Letters, lead author Dr. Asier Marzo the university’s Department of Mechanical Engineering reveals how researchers have broken the size barrier that restricted previous levitation devices and tractor beams from raising anything more than tiny particles. Even more impressive, they’ve managed to control the deafening sound as well. What?

In simple terms, an acoustic trap creates a tornado-like sound wave vortex that can surround an object and allow it to be held and manipulated without being physically touched. Unlike magnetic levitation, this works for objects of any composition, but sound is so loud that it has been limited to objects of 4mm or less in diameter.

Marzo and the researchers discovered that the secret to both increasing the weight of the object while reducing the sound was to use dueling vortexes (a great name for a band). The vortices spun in opposite directions and were beamed at the object alternatively for brief periods. The double vortices allowed them to hold bigger objects while altering the frequency of the pulses let them manipulate the position of the object. Finally, by using 40kHz ultrasonic waves (bats can barely hear them), they were able to silence the noise, at least around the object. 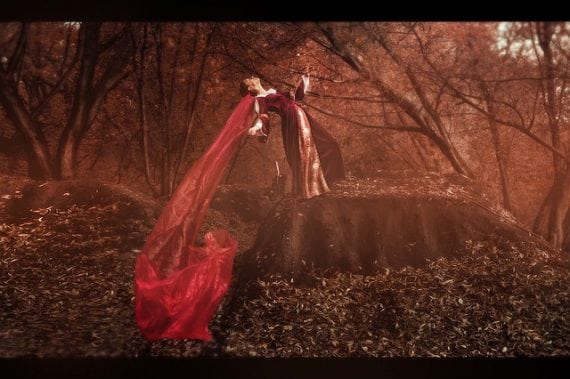 Are you ready for some levitation? That would beat waiting for flying cars, personal jet packs and other long-promised means of exotic transportation. Unfortunately, the dueling vortices tractor beam can currently only hold a two-centimeter (.75 inch) diameter sphere made out of a synthetic polymer. That’s smaller than Matt Damon in the movie “Downsizing” so they have a long way to go to use this to lift humans, let alone pull starships. However, it should be able to be used soon in manufacturing small objects too fragile to be touched by humans or robots. Or in moving tiny objects like drug delivery capsules, microsurgical tools or kidney stones around inside a human body.

The good news is, the technology works. All that’s needed now to lift our heavy butts off of the ground is time and money.